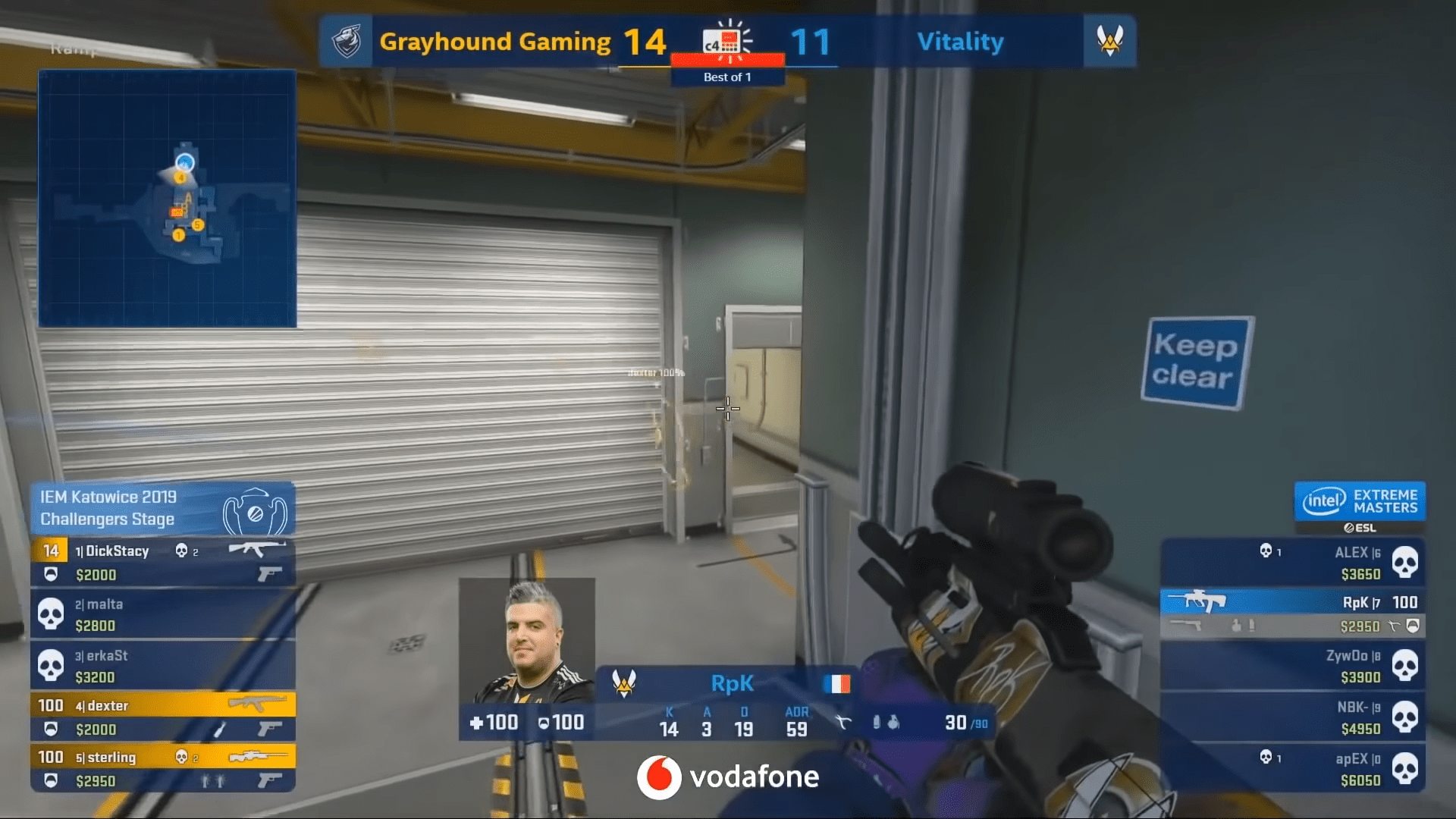 For the international bevy of fans that prefer high-stake Counter-Strike: Global Offensive, the next four days are promising to be an insane mixture of the top Counter-Strike teams competing for the huge StarSeries championships bounty of $500,000.  We’re starting this weekend of small-scale war early on Thursday, with Vitality versus Renegades poised to duel across a best-of-three series within the currently active map duty pool.  This match will decide the upper bracket placement for both teams to being this weekends final.

With Renegades placed in 8th in global seed, and coming hot off of a clean sweep against Fnatic, they’re sure to be a difficult opponent for Vitality to topple. With a solid all-around roster, including the increasing legendary names of ‘Gratisfaction’, ‘jkaem’, and ‘jks’, the Australian team peaked at fifth global seed for a period of one singular week after an arduous upwards climb, and have since maintained a top ten ranking in points.

Our CSGO action will resume tomorrow morning as our squad will try to beat @Renegades in the #StarSeriesS8 💪🐝 #VforVictory pic.twitter.com/SINtAfoELs

Player ‘jks’ is to be feared with his current statistics, averaging 0.74 kills per round and a frag-assist percentage of a staggering 73.2%. for the past 3 months.  Paired with ‘jkaem’, and the potential of this deadly duo has yet to be appropriately realized; this match is their time to finally silence the critics that have stated ad-nauseam that Renegades are simply not strong enough to maintain top-level Counter-Strike.

Team Vitality, on the other hand, are a relatively new team to competitive Counter-Strike: Global Offensive, ensconcing the brilliant sniper that is oft heralded as one of the most dangerous in the league, ‘ZywOo’.  The French team are currently ranked fifth in the world and have maintained their top 10 seed for almost six months at this time.

‘ZywOo’ is not the only to credit for Vitality’s meteoric rise across competitive Counter-Strike, as entry fragger (a term for the first team-mate to cross into a possibly fatal area) ‘RpK’ as an impressive kill-assist rating of 71.1%; of all frags in a match, RpK assists with damage roughly 71% of the time.

The current competitive map pool shows favor to Vitality, with them holding a clear win advantage on four out of seven of the maps, although Renegades have not been win-rated playing either Nuke or Overpass, giving the default advantage to Vitality.  It is rather plausible that Renegades have tricks up their sleeves in regards to the map picks, noticeably so being that Vitality’s win rate on Overpass is a mere 33%, as they’ve won once on the map out of three games where the map was selected.

It is worth noting that neither team has had any showing on the map Train, and it could be a deciding factor..  The skewed statistics in regards to map pool wins is sure to be a deciding factor on Thursday mornings match, and could very well decide the match before the initial buy.

Vitality versus Renegades kicks off at 5:00 AM on Thursday, on the StarSeries Twitch Channel.

Jul 31, 2022 Grace Simmons 1450
The dreaded bogeyman of YouTube has struck one of the most well-known Counter-Strike videos ever: Someone has claimed copyright to it even though...

Jan 4, 2021 Chris Miller 20630
If you've ever fallen in love with another person, enamored by the way they move and laugh in public almost effortlessly, then watch them kick a...

Dec 15, 2020 Chris Miller 8590
What's a couple more cheaters in the game of Counter-Strike at this point? Following a bizarre Trusted Launch program that was immediately...