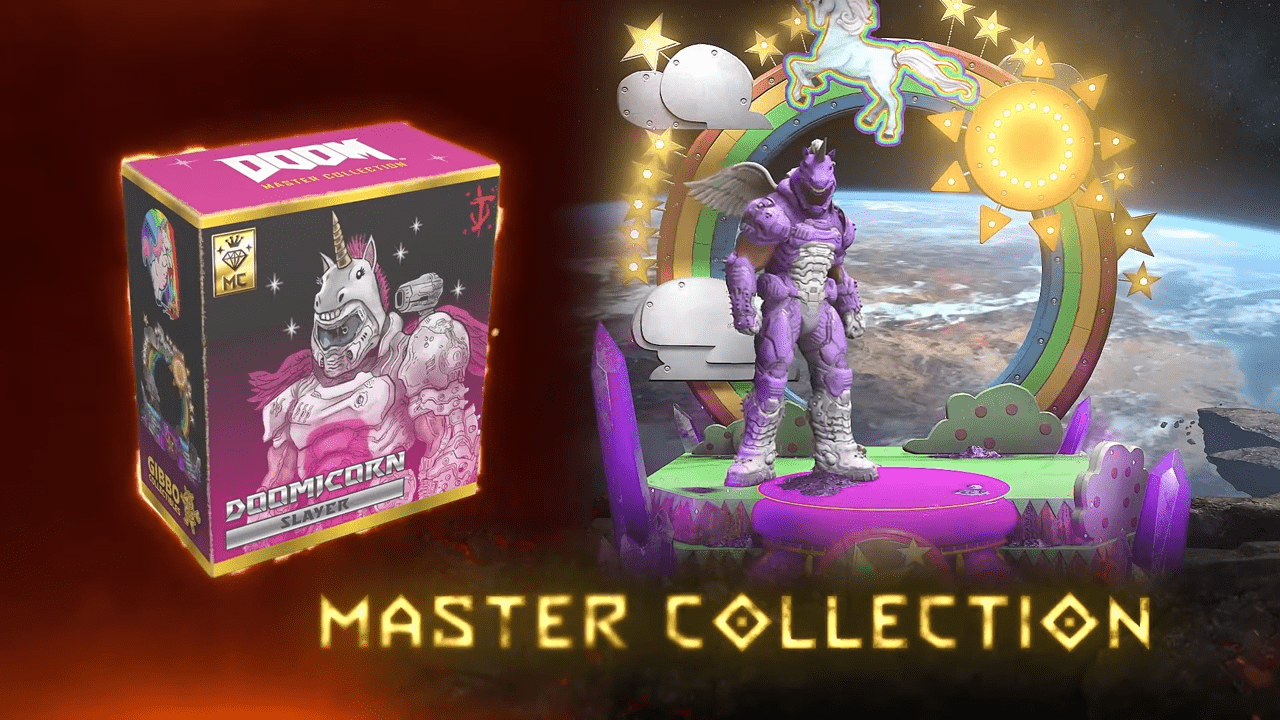 It’s commonly accepted legend that Hell is filled with big scary demons that delight in torturing lost souls, grotesque monstrosities that exist purely to punish the souls of the damned for the rest of time (or in a couple of billion years when the universe explodes).  It’s also commonly accepted that the various denizens of Hell wet themselves at the thought of the Marine, DOOM’s protagonist that has now spent multiple decades tearing demons apart limb by limb with no sympathy to the tune of wild hardcore death metal.  And we’re all three days away from experiencing the newest iteration that promises to be a hellishly wild ride, from everything we’ve seen thus far.

id Software has given fans another quick peek into what they can expect with the upcoming DOOM Eternal, this time focusing on cosmetics along with finally giving fans an asnwer into what the ‘Booster’ segment in the menu actually is.

DOOM Eternal is going to have online events that run over pre-determined time frames that players that can join into.  The idea is that it will help the players continue to master the game, along with giving them a reason to continue logging in well after the campaign has run its course.

With Invasions coming after release, that allows players to spawn as monsters in other games, or cooperative gameplay that sees two Marines stomping through Hell together (and they thought one Doomguy was scary), players will be encouraged to eexplore a bit past the traditional single-player DOOM experience in a manner that has far more promise than the 2016 DOOM release had.

Playing during events gives players an opportunity to earn cosmetics that vary from flames on the Doomguy to a cracked and worn visor that has clearly seen better days.  There’s also the borderline absurd; dressing the Marine as a purple fluffy unicorn, or being able to spawn into an invasion as an Archfiend dressed as a hipster (coffee cup included; pinky out, please).

They’ve also finally discussed the Booster tab that was seen in the GiantBomb playthrough months ago that originally sparked the concern that it would have microtransactions, which id vehemently denied.

Boosters are the equivalent to giving another player a thumbs-up after you play with them, in any form.  Scrolling through the menu gives players an option to ‘Add Booster’ for that player, which increases their experience gained as they go back to the merry ways of fragging in whichever manner they do so.  They don’t cost anyone any resources, and there are still no microtransactions.  It is worth noting that you’ll need a Bethesda Account sign-in to play online, and that may very well cause some fans to shy away from the multiplayer aspect.

The community has seemed a bit taken aback in regards to some of the goofier cosmetics that are offered, which clearly contrast the heavy-metal scene that many have come to expect from id Software’s DOOM franchise.  With only three days left to wait, however, we’ll all see how well it works soon enough.