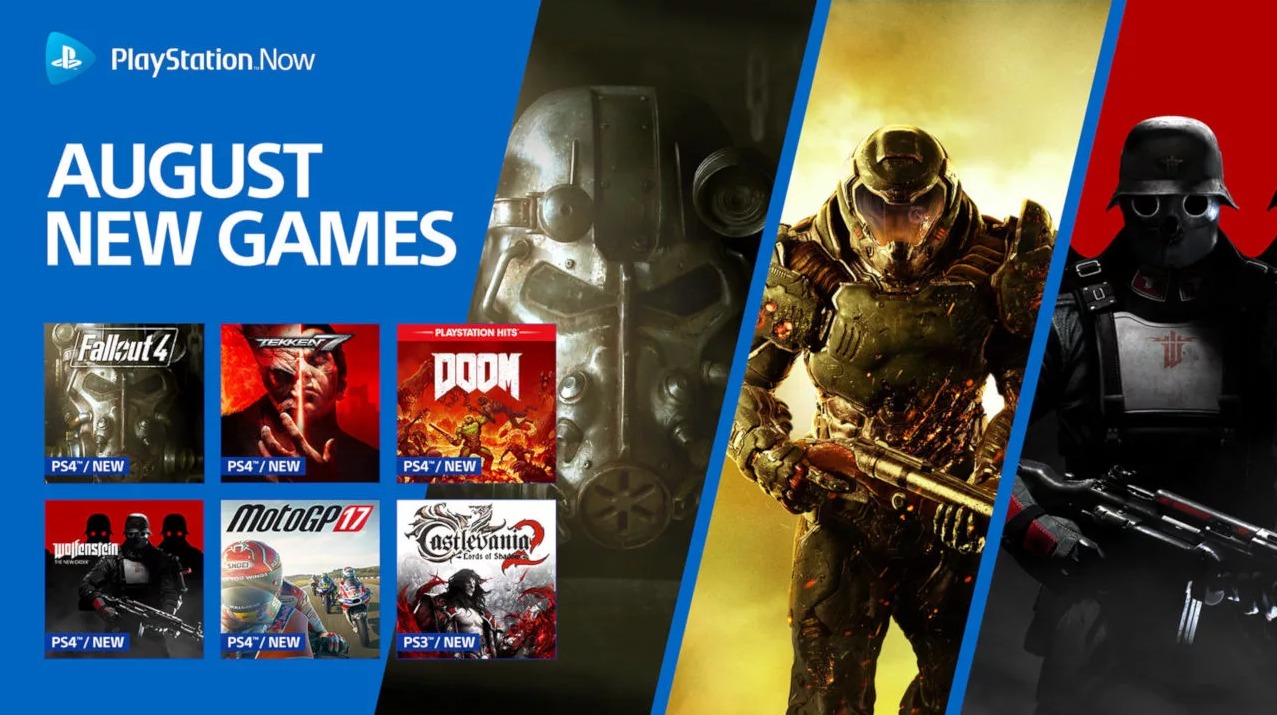 PlayStation Now has seen a steady rise in quality content over the past year, turning what was once a sub-par streaming service into a top-notch gaming service. August is looking to have one of the biggest content updates in recent memory, featuring some huge third-party titles that are definitely worth the price of admission.

First up is the critically-acclaimed Fallout 4 from Bethesda. The PlayStation Now version is only the base game, not the Game of the Year edition, but PlayStation Now subscribers generally receive discounts on DLC for any game that is part of the service. That way, you can pick and choose which packs you want–like the incredible Far Harbor and Nuka-World expansions–and when you want to buy them.

Bethesda is also throwing in two of their biggest games of all-time, Doom and Wolfenstein: The New Order. Both games are coming just in time for their 2019 sequels. If you haven’t had the opportunity to play either of these amazing first-person shooters, now is the best time to do so.

Fighting game fans will happy to see Tekken 7 added to the library. The game was received incredibly well upon release, with many claiming it as one of the best fighting games of all-time. Featuring a full story mode and tons of unlockable content, Tekken 7 will keep you busy for a long time.

On the PlayStation 3 side of things, all three Castlevania: Lords of Shadows titles will be available for streaming. If you’re in the mood for a good hack-and-slash action game in the same vein as God of War or Dante’s Inferno, Lords of Shadow is an excellent choice.

PlayStation Now has had its fair share of ups and downs. During the initial beta, the service performed admirably,  with a fairly steady connection. Once the service went live for everyone, however, there was a notable drop in quality. Subscribers began to report slow frame-rates, input lag, and plenty of random connection drops that made playing more of a chore than a fun experience.

The service changed drastically when Sony announced that game downloads would be included in the subscription. Although downloads were limited to PlayStation 4 titles due to the lack of backwards compatibility, it made PlayStation Now a viable option for unlimited gaming at a fairly low cost.

PlayStation Now is once again offering a free trial if you haven’t tried out the service recently. Those who have had a free trail before may still be eligible for a new one, depending on when your initial trial took place. If you are looking to sign up, you can get PlayStation Now for $19.99 a month, or a full year for only $99.99. That’s a ton of gaming for only $100.