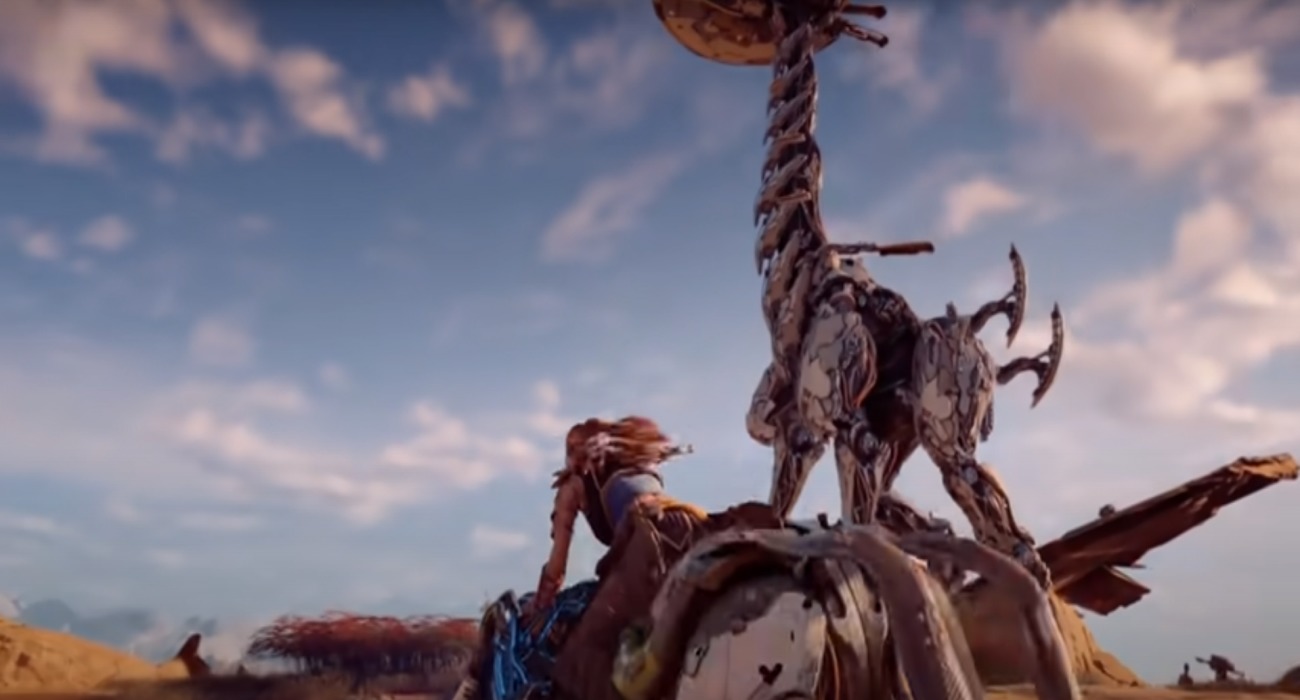 One of the best PS4 exclusives is without a doubt Horizon Zero Dawn. Developed by Guerrilla Games, this action role-playing game captured the hearts of many with its beautiful open-ended environments and mechanical monsters.

It had such a unique premise that helped it sell exceptionally well. It also stood out for the fact that it featured a female protagonist — Aloy — who is easy to grow attached to within the first couple of minutes of the game.

Now Horizon Zero Dawn is set to release on PC, giving a whole new audience the chance to experience its sublime environments, story, and progression systems. It will be available on both Steam and the Epic Game Store. For those looking to pick it up on either platform, they have to wait until August 7th.

That’s just over a month away for PC gamers and to celebrate, a new trailer is out now for the Complete Edition.

You can image just how amazing the visuals will be and the enhanced performance that PC gamers can look forward to. There also will be a ton of extra content available on both the Epic Games Store and Steam platforms, including The Frozen Wilds expansion and plenty of packs.

It’s rare that a game like Horizon Zero Dawn comes around. Guerrilla Games handled the designs and gameplay perfectly. From the very beginning, they knew where they wanted to take this project.

They have given players the opportunity to explore a unique and beautiful version of Earth, which is now teeming with danger. In addition to going head to head with rival tribes, players as Aloy will partake in intense tactical battles with large mechanical monsters.

How did they come to be and what will happen if they’re left to take over the Earth Aloy once knew? These are the questions you’ll be asking yourself along this incredible journey. If you enjoy intense combat, hours of exploration, and a fleshed out story, then Horizon Zero Dawn on PC is the perfect experience for you.

The sequel is currently in development, but before then, PC gamers can see why so many PlayStation 4 users are calling it one of the best games of 2017. There’s a reason why it went on to receive a ton of award nominations back at the time of its release. It just has everything you want in an in-depth RPG with a world that begs to be discovered.

Nov 24, 2020 Harry Alston 20820
Since the ever-so-slightly rocky start for Guerilla Game's Horizon Zero Dawn on PC, the team has made several leap forwards with consistent upgrades...

Nov 20, 2020 Chris Miller 7800
Like your titles with a bit less (read: no) DRM, or maybe just the thought of continuing to support the Polish game juggernaut CD Projekt while we...

Nov 4, 2020 Chris Miller 14840
If you've been sinking your teeth into the port of Horizon Zero Dawn that finally arrived to PC, today is going to be a good day for...