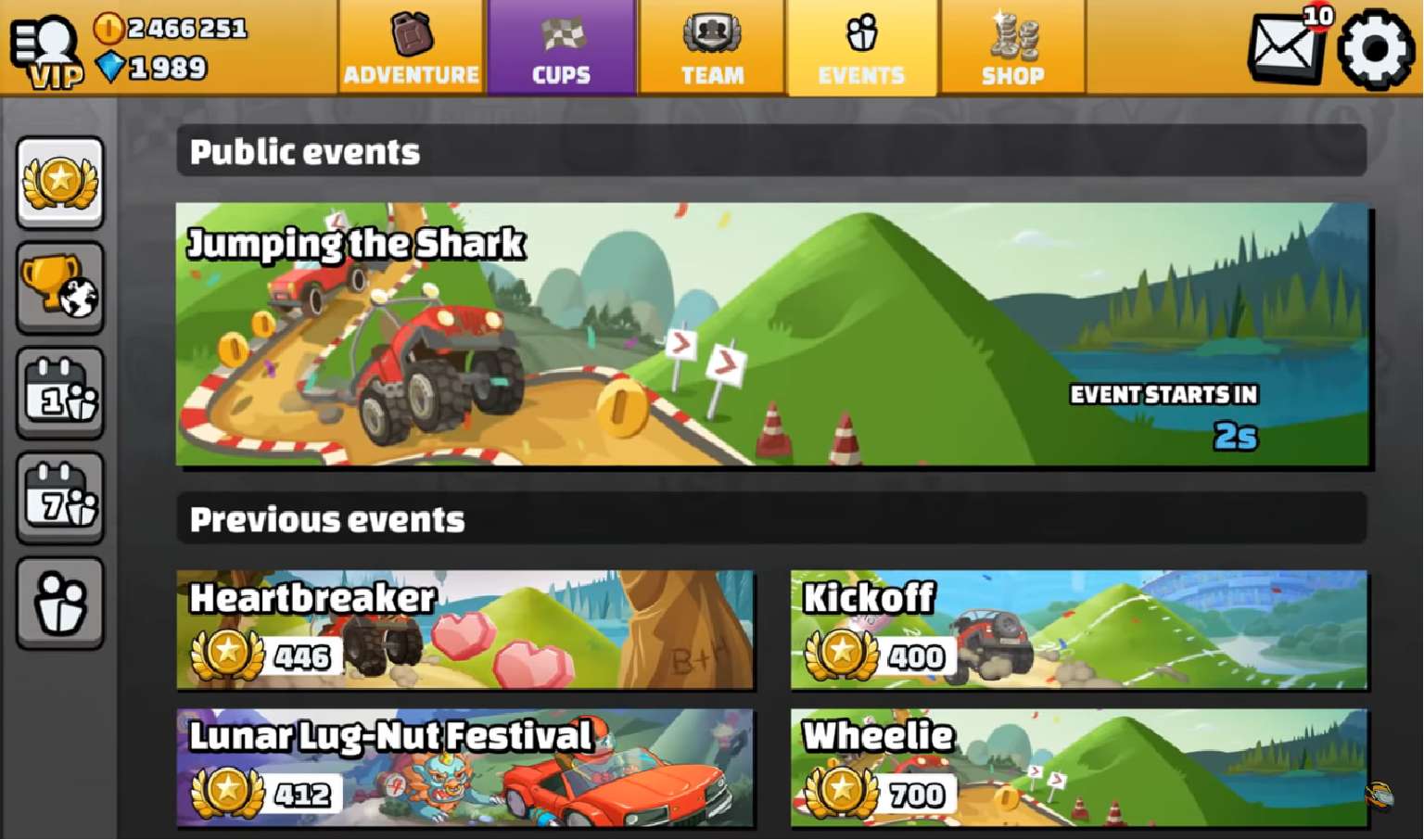 It’s time for another event in Hill Climb Racing 2, and this time, they’re taking a note from the Happy Days tv show that aired from 1974 to 1984. Players will need to get enough speed to make a jump for the longest air time before their turn ending upon hitting the ground.

The reference that Hill Climb Racing 2 is making is the infamous “jumping the shark” episode when Arthur “Fonzie” Fonzarelli, in swim trumps and his signature leather jacket, performs a ski jump over a confined shark. And the prizes for the event are based on that motif; the character that players can unlock is the red-headed “Biker Girl”, with her own biker pants, jacket, and hat. They can also win several loot crates, ranging from common to rare to epic ratings. And these loot crates all have different levels of rarity for players to get access to.

This event has players to jump for distance, the race only stopping when players land. So the more speed players can build up before hitting the ramp, the farther they’ll go.

In order for players to get access to all of the rewards, players will need to collect up to 400 medals over the course over the next four days. Combining that with players getting access to new track every two minutes and players getting for attempts at the event per day, players who want to get access to all the rewards will need to use the vehicle they are most comfortable with and upgrade it as high as possible.

Along with the “jump the shark” event comes the challenge races. These races are placed against a high tier racer from a specific country, different every time, and race in their favorite vehicle for time and gold. These races currently include a dirt bike race called “Dark Roads”, a formula one racer race called “It’s Mine”, and race against the basic hill climb racer in a race called “Winter Cup”.  All of these races take place in different locations; the first in a dark forest, the second in the mines, and the last is in a winter landscape.

And while the “jump the shark” race allows players to use whatever upgrades they desire, the weekly event races are pure skill, so players will need to be skilled with the vehicle they are forced to use in order to do well.

Hill Climb Racing 2 is a game that is constantly evolving, updating for players to do new things every week. So log in, check out the event, and get racing!