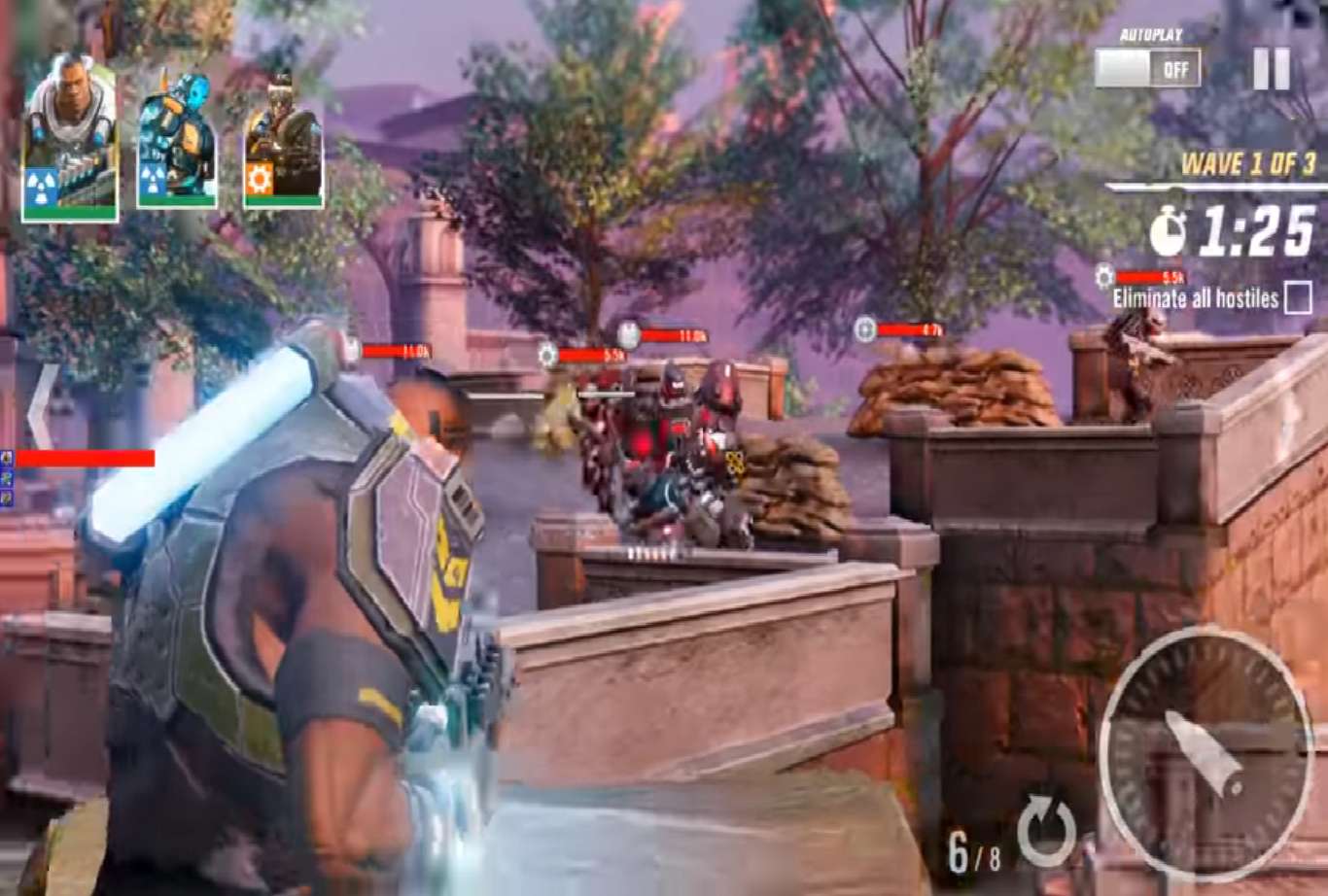 Hero Hunters, a mobile cover-based shooter, just released version 2.8 onto the Google Play and Apple stores just in time for Thanksgiving.  The update came on November 18, 2019, and introduced a new series of events and general updates to the heroes in the game.

Released by Canadian Company Hothead Games, Hero Hunters is a cover-based shooter that has players take control of a team of five to complete story missions, events, Co-Op Raids, Solo Raids, a Gauntlet of missions and PVP. Players can join an Alliance, which is basically a guild, and complete objectives that build toward guild rewards.

Since this is a free game, Hero Hunters has a real-money shop that grants VIP points, which grants players access to additional rewards, which includes heroes, gear for the heroes, boosters for XP and in-game currencies. It also has limited time special offers that grant new heroes, item crates and other assortments of random things.

The gameplay is as expected from a mobile cover-based shooter; players swipe to move between cover, tap to fire and swipe to move the target reticule around the battlefield. Players also use special abilities to enhance their team or damage or debuff the enemies. Players upgrade and evolve their heroes through randomly dropped equipment gained from hero crates or missions. These upgrades raise their tier, from green to several bronze tiers to several silver tiers to gold and more, which unlocks their more powerful abilities.

Evolving the heroes, on the other hand, boosts the heroes’ stats, which increases their rating for the mission. The higher rating, the easier the mission is. However, given that there is more than one difficulty for each mission, there is a challenge to be found for the player that wants one.

Players can also earn skins for their heroes from limited-time events and from random drops from hero crates, creating hundreds of combinations of characters and unique looks for players to utilize.

PVP missions are where true skill comes into play; fighting against other real players is where the game separates casual players from hardcore players, forcing players to use everything they’ve learned about each and every hero in their arsenal, making players utilize all their abilities to take out the opposing team in the correct order with the correct characters for them to win the match.

The 2.8 Thanksgiving Update brings in a new hero for players to utilize, 4-Cep, who is ready to wreak havoc in Hero Hunters. The Hero “the Purifier” also joins in on the battle, who is an elite pyro who is best for crowd control.  They’ve also introduced a new skin in the Legendary tier for existing character Beck.  To gain this skin, players will need to run through an event centered around Razorback to get the crates that drop this skin.

Hero Hunters is a fun mobile game that’s both easy to get into and has fast matches. Fans of Hothead Games will not want to miss out on the 2.8 Thanksgiving Update.