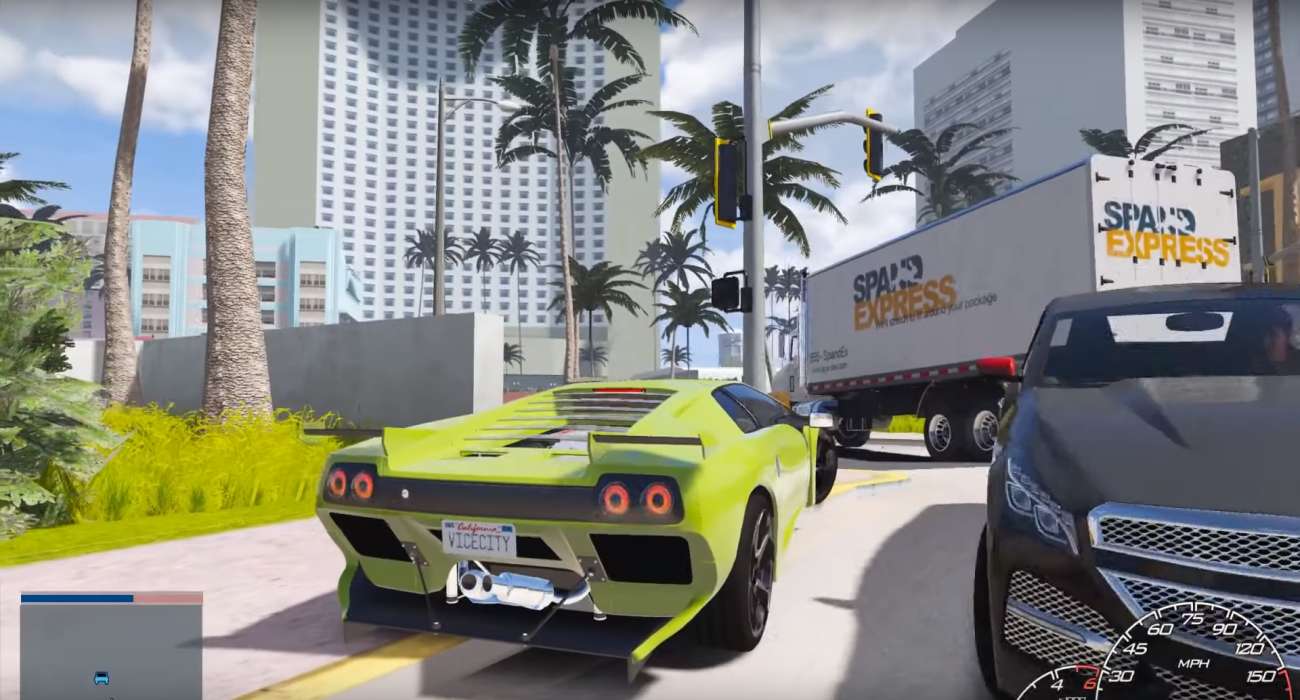 As far as mods go, one game that continues to deliver amazing experiences is Rockstar’s GTA 5. This fifth installment — which came out in 2013 — has so much potential as far as modding goes. The variety has also been exceptional, from flying characters to waves and waves of missiles being dropped by aircrafts.

Most recently, a mod titled Vice Cry Remastered was introduced. As its name implies, the iconic Vice City aesthetics have showed up in GTA 5. Vice City is one of the most beloved installments in this storied franchise, known for its throwback visuals and soundtrack that pay tribute to the 80s.

The mod lets players experience Vice City as an extension to the base game. The trailer shows waves and waves of palm trees.  They were heavily featured in the original 2002 title so it’s only right that they would show up in droves here.

Interestingly enough, the Vice Cry Remastered mod doesn’t just give GTA 5 a fresh coat of paint. You can, in fact, go on Vice City-themed missions. They certainly have that 80s vibe to them, whether it’s the tropical shirt your main character sports or the music playing in the background as you cruise the streets of retro paradise.

Downloading this mod also is pretty easy. You can simply go to the mod community page, which is easy to search for online. Overall, it’s pretty incredible to see what passionate GTA fans are able to create. They let their imaginations run wild, leaving behind unique and fun experiences for the rest of the GTA community to experience.

Most of the time, these mods are completely free. Those that created them just want to give back to the fans that appreciate the GTA series just as much as them. That’s always great to see. You would have trouble finding a more loyal fanbase than GTA fanatics quite honestly.

The Vice City mod also shows that GTA 5 is still alive and well. That’s amazing to see also because Rockstar has kept everyone in the dark about the next release. There have been leaks here and there, such as the reveal of a possible setting. For the most part, though, GTA fans have no clue what’s on the horizon.

At least GTA 5 is still receiving free content on a consistent basis. It gives fans something to do as they await to see what Rockstar has up its sleeves for the next installment.