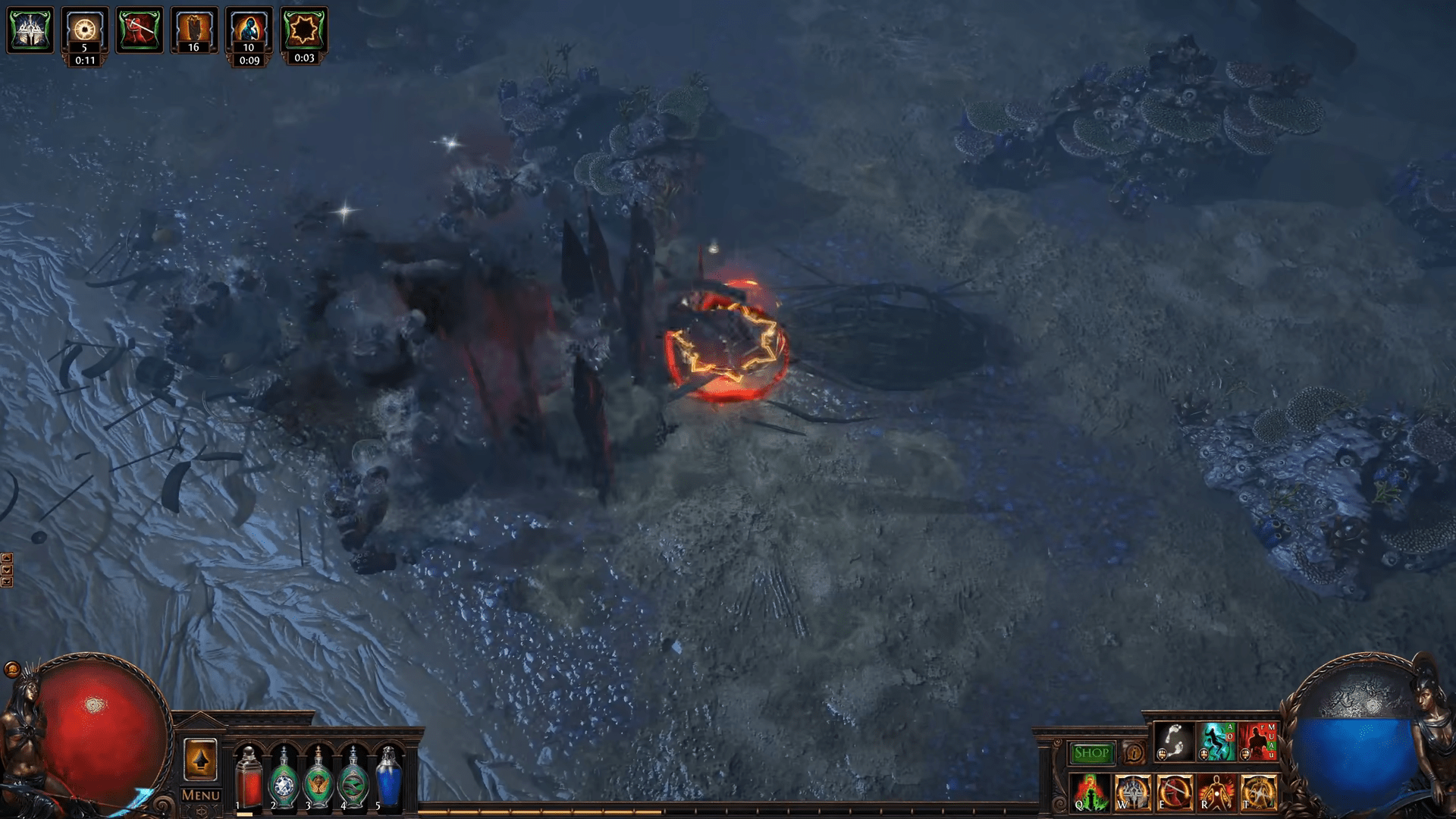 Path of Exile’s newest Metamorph League is in full swing along with the 3.9 Conquerors of the Atlas update that came with it.  Things have been surprisingly pleasant considering the league once again brings new mechanics.  At least as pleasant as could be, considering players around the world are building bosses for the sole purpose of kicking their own face in.  Yet with new mechanics comes new feedback as players cumulatively spend millions of hours in the league within the first week, and Grinding Gear Games is listening to feedback as it occurs.

First, players will be pleased that a new quality of life feature will be rolled out sometime this week, allowing characters to automatically pick up any Metamorph components from slain monsters.  Considering that each area can have a hefty quantity of drops, this will help players put clear-speed first and foremost.  Of course, players will still have to pick up the various forms of currency that double as crafting components themselves, as Grinding Gear Games have stated that they currently have no interest in removing that facet of the game.

It's been five days since the launch of the Conquerors of the Atlas! The team is continuing to go through your feedback and reports, as well as working on improvements. Today we want to give you an update about some of the issues that we are working on.https://t.co/sS7i4pieJb pic.twitter.com/Fjf7l2Ae06

Some may argue that inventory management is a core facet in the Path of Exile, while others argue that it becomes tedious to pick up each individual crafting component that drops; regardless, it is currently scheduled to stay.

Beyond that quality of life update, developers Grinding Gear Games have also announced that they’re tracking specific bugs that are localized to both the league, and the 3.9 Conquerors of the Atlas update.  Five bugs have been fixed internally and undergoing testing prior to launch, which will hopefully come sooner rather than later.

Players of Path of Exile that own and AMD GPU have experienced some nasty crashes when encountering Tane Octavius, the added NPC that introduces and manages the new mechanics for the Metamorph League.

The Pestilent Strike skill being used at a Metamorph has caused crashes for some users.

If you’re on Windows 7, and you throw dynamite in the Azurite Mine, you’ll crash to desktop.

Occasionally, the Watchstone Altar will trap loot inside of it, resulting in it being unable to be retrieved.

Placing Metamorph samples inside of the Anoint Items UI will cause the client to crash (try it, it’s fun).

Grinding Gear Games have reported that they’re working tirelessly on the issue, and to send positive news to fans soon.