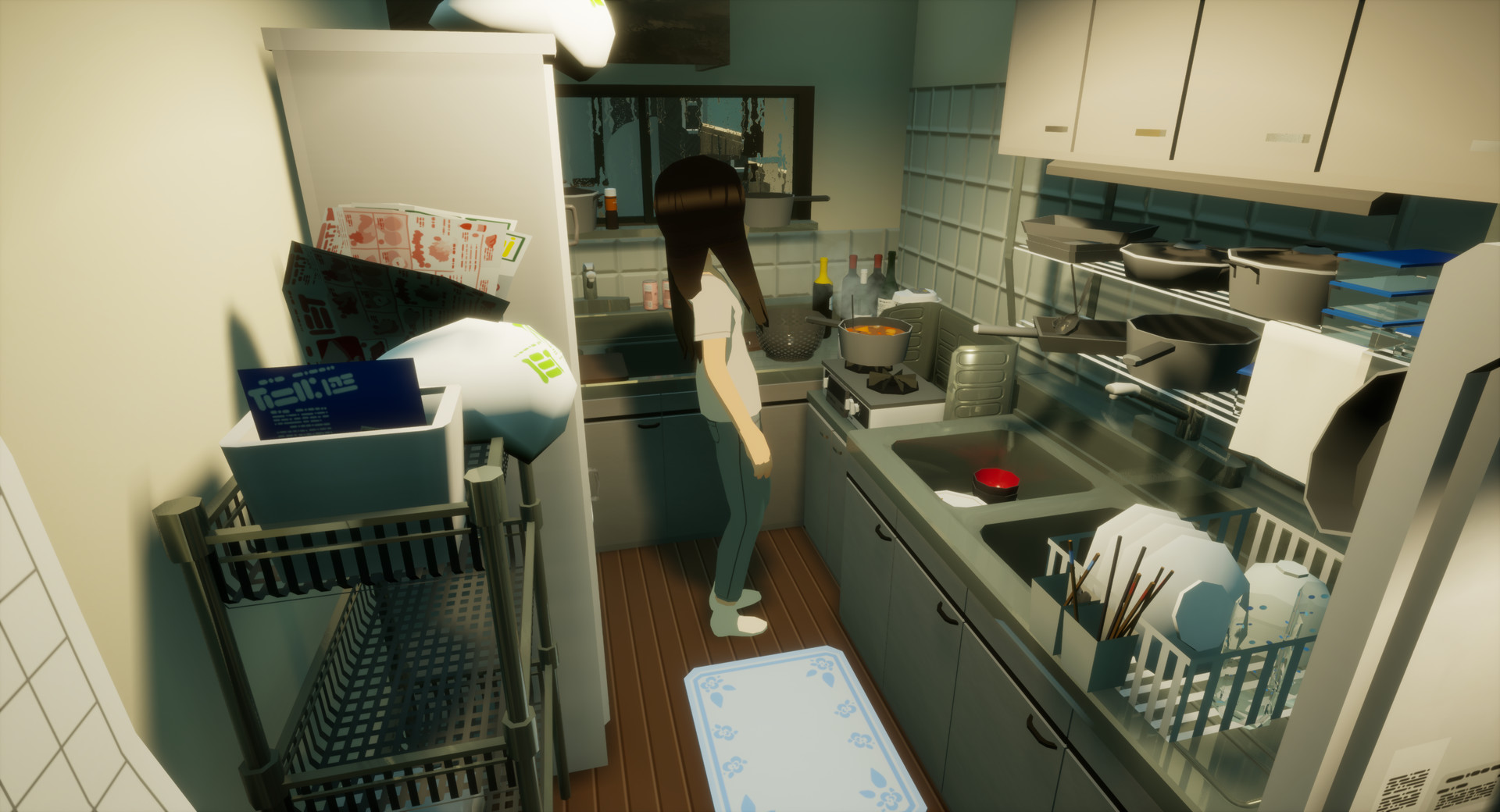 Rainy Season is a short narrative game about a dreary day at home with an ordinary family in Japan.

In Rainy Season, a family was planning on spending the day at an outdoor amusement park. Unfortunately, their plans are canceled when the weather calls for rain all day. With their plans canceled, the family opts to spend the day at home.

Players can walk around their home, listening to the calming rain, and speak to various family members. There’s also a television displaying shows with sunny weather.

Gamers will be able to look around their home. The family members are forced to relax. Players can get to know about the family through the objects in their house. Screenshots show players walking through the kitchen, seeing a jar of pickles next to a ship in a bottle on a shelf.

There are also various interactable objects, such as sliding doors and windows. Gamers will have to experiment with the environment to see what secrets they hold.

There are several conversations to be had with family members. There’s a full branching dialogue system so that players can experiment with various responses.

There are also some special moments. During especially relaxing moments, the character will begin to daydream. Various special events will occur, such as koi fish swimming in the backyard.

Rainy Season is a casual indie game, according to its official Steam page. It’s not very long and can be completed within an hour. Once players finish it, they can go back and try out new dialogue, see all of the special daydream events, and scour the home for new objects to investigate.

Inasa Fujio is a 3rd-year illustration student developing video games as a hobby. This is their first game released on the Steam store.

Rainy Season was recently featured at the Day of the Devs in San Francisco, among other indie developers. Although Inasa wasn’t there, players could enjoy a demo of the game.

Inasa’s next project is Inaka Project, which is a work in progress.

The game will be released sometime this year. It will feature both English and Japanese interface and subtitles. 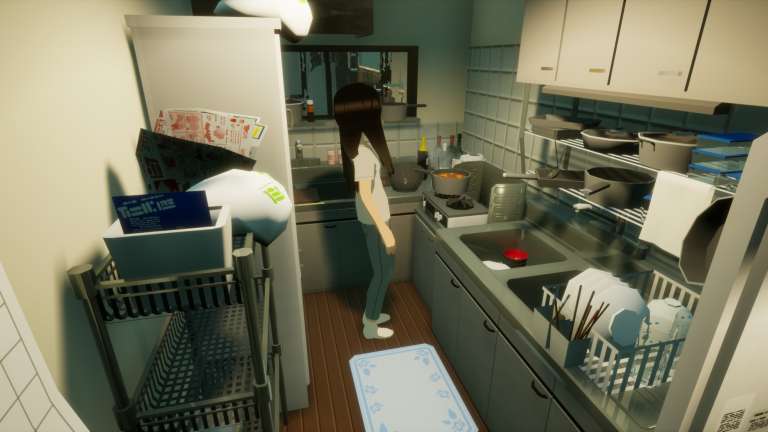