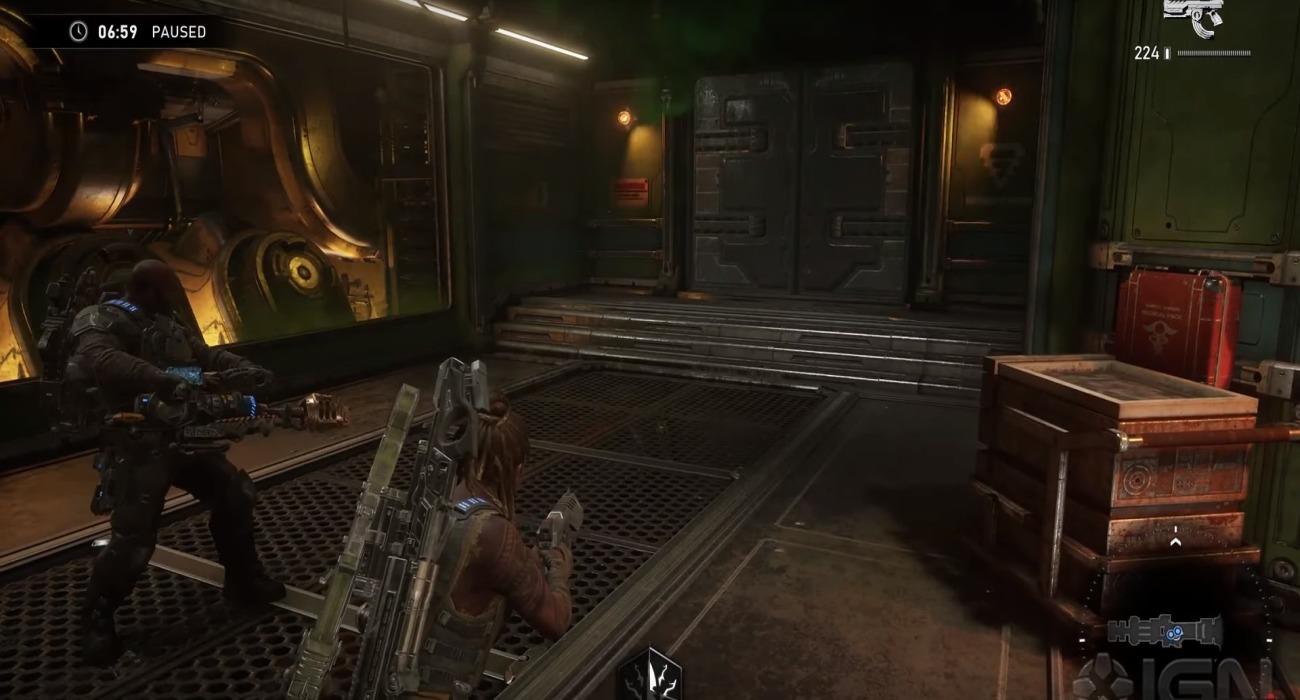 There are many games receiving a ton of spotlight right now, and Gears of War 5 is one of those games. The Coalition are handling the project, which in many ways, is looking to revolutionize the series. There are several different modes that are making their appearance for the first time in multiplayer.

One of those is Escape, a new co-op mode that lets you join in with two other players. You pretty much go through areas trying to survive waves of different enemies, from Locusts to humanoid-like creatures. Then, you get to a boss fight. If you’re able to defeat it, a helicopter drops in and helps you ‘escape’. It’s a pretty interesting-looking mode.

Standard PvP multiplayer and Horde are also making an appearance. What about battle royale, though? It seems like many developers are including this mode in their games in some fashion. It was done in Battlefield and Call of Duty: Black Ops 4. Genre titans Fortnite and PUBG are still as popular as ever. It doesn’t seem like the battle royale craze is slowing down any time soon.

Still, it appears The Coalition is hesitant about bringing it to Gears of War 5 — at least initially. Speaking on the matter was Studio Head Rod Fergusson. According to him and his team, they don’t plan on unveiling a battle royale mode at launch. The reason for this is simple: Gears of War is a very different type of combat experience.

It relies more on close quarters combat than really any other combat game that has come out recently. Whereas games like Fortnite and PUBG feature more open environments, where players have the chance to use long-range attacks to pick off enemies. Sure, there are occasional battles that take place up close — but they’re more of a novelty.

That being said, The Coalition does have its target set on the battle royale genre at a later date. They would just need to figure out how to incorporate mechanics that make Gears of War games great into free-for-all gameplay. It’s a challenge that Fergusson and his team seem to be taking on with confidence.

Until that point, fans of the series have some pretty incredible modes and features to look forward to. Gears of War 5 seems like it could take the series in a completely new direction, especially in terms of its multiplayer. The possibilities are very promising right now. September 10 is right around the corner.