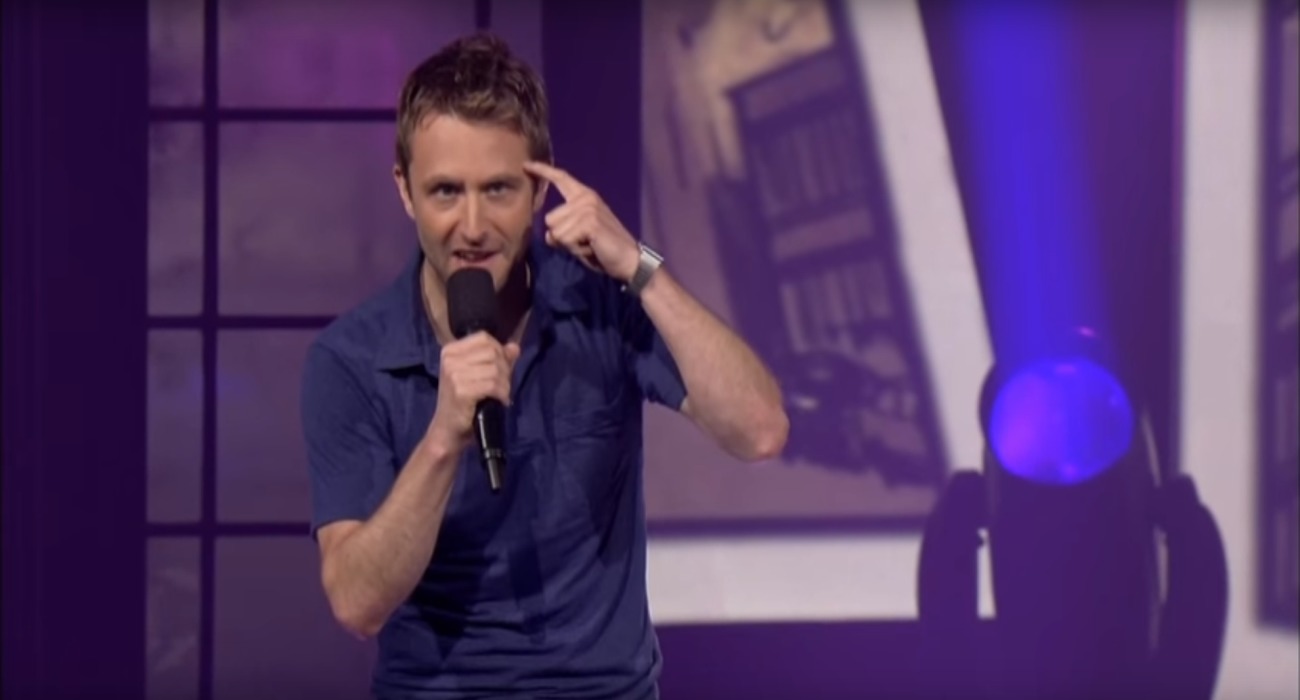 It’s rare that a game builds such a fanatic following like the Borderlands series has over the years. Many claim these games to be some of the best RPGs ever. It’s hard to make an argument against these claims. They’re so full of content and quirky characters.

We’re now approaching another installment in the storied franchise, Borderlands 3. All signs are pointing toward this game being one of the best Borderlands yet. The stages seem just as massive and even more beautiful. This is particularly true regarding the cyberpunk-looking city, featuring neon lights and skyscraper buildings.

If these visuals weren’t enough to get you excited, maybe the announcement that Chris Hardwick is making an appearance in the game will. That’s right. Gearbox Software just confirmed that the actor will indeed be in the game. He will be reprising his role as Vaughn, who was first introduced in the Tales From the Borderlands game.

You’ve probably seen Hardwick’s work from his shows on AMC. It is here where he hosts famous shows like Talking Dead, Talking Preacher, and Talking with Chris Hardwick. His appearance in this trilogy was in question for some time, as he’s battled allegations of sexual assault.

They’ve hurt his career in many ways, especially his reputation. However, the claims were unfounded and he’s resumed working with AMC and now Gearbox Software. Not much is known about the role that Hardwick’s character Vaughn will have in the game.

Hardwick is known worldwide, so it would be smart to give Vaughn a substantial role in some capacity. It will be interesting hearing Hardwick’s voice in this video game and should be easy to catch right off the bat.

So far, Borderlands 3 is shaping up to be worth the hype. The levels look amazing from the trailers that have been shown. The cast of characters also seems just as great as it has been in the previous installments. The big-bads are captivating and should lead to some interesting story developments. Most importantly, the gun variety looks impressive. Gearbox Software has jokingly claimed there are billions of them to enjoy.

The game has a release date of September 13 for Windows, PlayStation 4, and Xbox One. The developers have done a phenomenal job at promoting the game and building interest over the past few months. This Chris Hardwick inclusion is just another sign that Gearbox Software is pulling out all of the stops to make Borderlands 3 unforgettable.

Dying Light 2 Will Be Featured At This Year's E3, According To Reports From The Developers At Techland

Sep 4, 2022 Michael Gunn 530
Gearbox released an 18-minute gameplay presentation for the announcement Of new Tales from Borderlands after its debut at Pax West...

Nov 12, 2020 Chris Miller 8310
Borderlands 3 arguably has some of the best gunplay of the franchise thus far; weapons are crisp and unique, drops are heavily varied, and there is a...