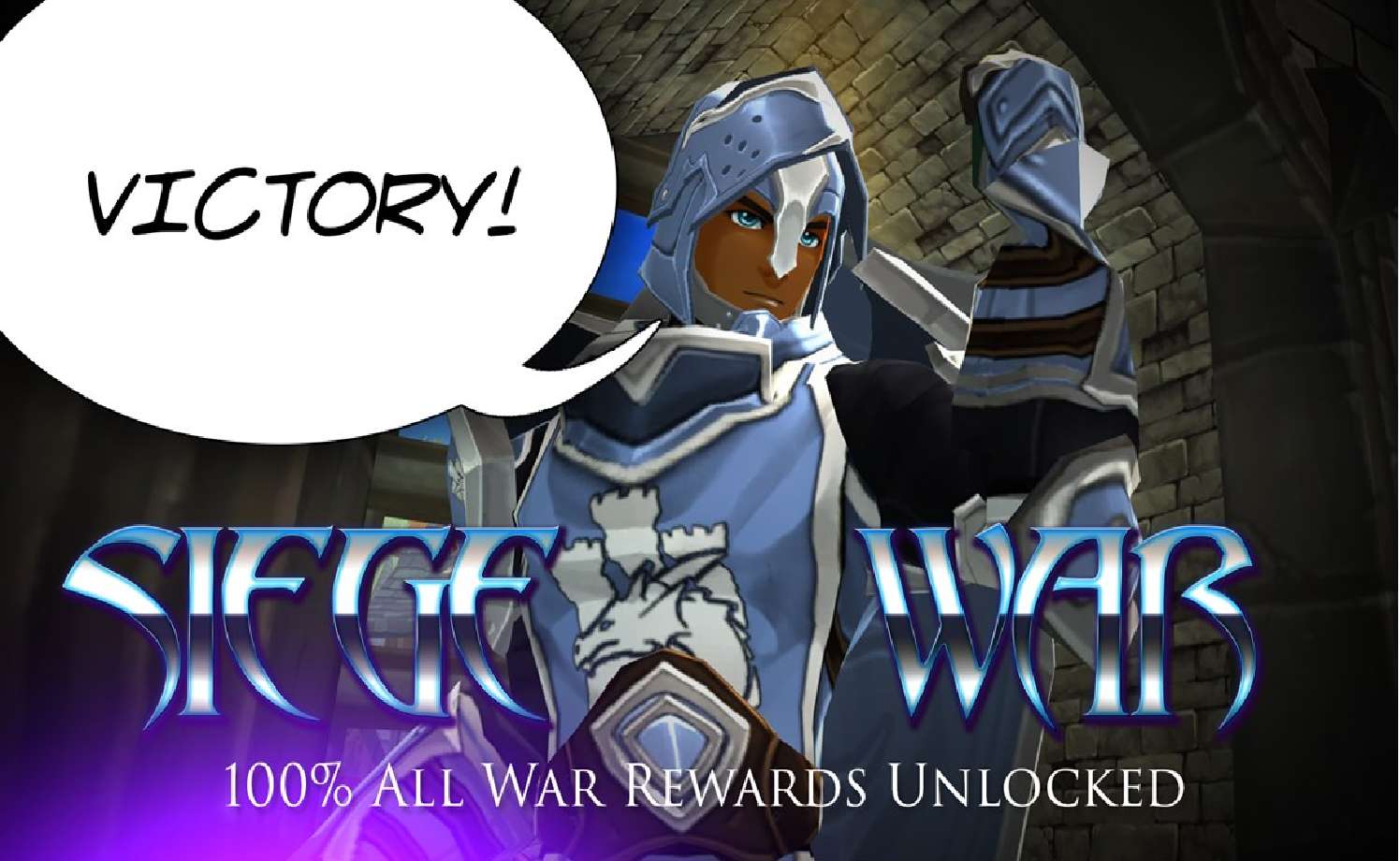 Thanks to the grand efforts of AdventureQuest 3D players, the Frost Siege War has now reached 100% of the needed waves of enemies to be defeated in order to win the war. And with that victory, players get access to the final rewards for the Frostval event, the final armors, and weapons to be purchased for gold, the in-game currency.

In Artix Entertainment games, when wars are rolled out, players will need to band together to take on waves of enemies in order to fill a global meter on how many enemies need to be defeated in order to complete the objectives. In the single-player, turn-based games, players fight through waves of enemies before being granted their quest rewards. They do so by themselves, but thanks to the fact that the games are always online, all the waves completed by all players running though the event count toward the global meter needed to unlock cutscenes, bosses, and the final rewards for the events.

And thanks to the efforts of AdventureQuest 3D’s player-base, the Frost Siege War is now over. They fought hard against the Frost monsters from the Northlands, defeating Shiveroth’s hordes he sent in retaliation for his previous defeat, and successfully kept the town of BattleOn safe.

And this brings us to the rewards for BattleOn’s successful defense. Players gain access to two armor sets, the Frost Viking Armor Set and the Frozen Viking Armor Set, armor sets that are similar but distinct enough to get their own set. They also get access to the Frozen Viking Scythe, a unique weapon that does ice damage. All these items are purchased with gold, making them great rewards for the efforts of all AdventureQuest 3D players.

And though the war is over, mechanically speaking, the event is not over until the date players needed to finish the event by has passed. Players will still be able to combat waves of enemies to gain gold and defender medals until the event is over, both of which can be spent at vendors for war-related items.

The end of a War in the AdventureQuest blanket of games is a happy time for players. It means all their efforts were not in vain, and that their town is safe. But players will want to pick up their rewards soon since the event will be over before they know it. BattleOn!