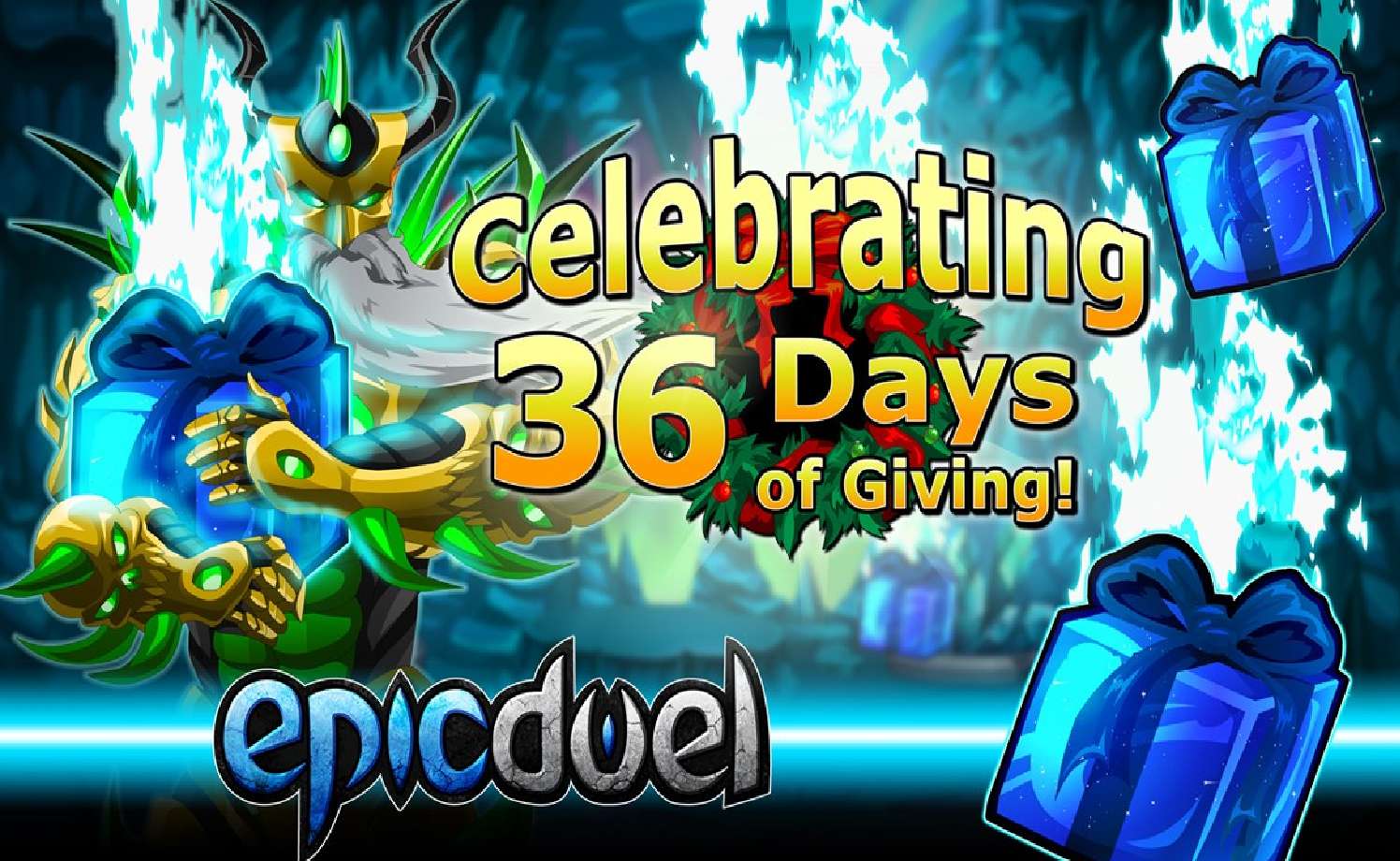 Out of all the Artix Entertainment games, most of them are either a solo experience or a full-blown MMO where players need to cooperate with each other. But it is Epic Duel that has players directly compete with each other.

Epic Duel is, like all other Artix Entertainment games besides AdventureQuest 3D, a free to play browser-based MMO that has players compete directly with each other in turn-based battles. And as with all the other Artix Entertainment games, Epic Duel offers a subscription model that allows them to unlock extra gear and cosmetic items for both their character and the player’s house.

And like all other Artix Entertainment games, Epic Duel celebrates Frostval in their own unique way.  This year, they’re calling the event “Gifting 2019”, and it is all about the new stuff that’s been introduced into the game.

Gifting 2019 comes in with new home items, new styles, a new achievement, and new gifting prizes. They’ve made the prize pool larger, expanding it with some new prizes that may give players an incentive to check the gift before turning it in for store credits.

The gifts the developers have introduced this year include Festive Home Decor, allowing players to decorate their homes for the season with some new seasonally-themed items.

The developers have retired the 2.0 Frost Warrior armor and brought in the updated Frost Warrior 3.0 variant. As with previous seasons, players will want to boost the item rating points by collecting a new seasonal achievement. And by completing their seasonal objectives, they should have plenty of credits by now, according to the developers, so according to them, it should be a quick and easy purchase from their personal Achievement shop.

It's The Perfect Time To Grind Reputation With This Weeks Bonus Event In World Of Warcraft: Battle For Azeroth