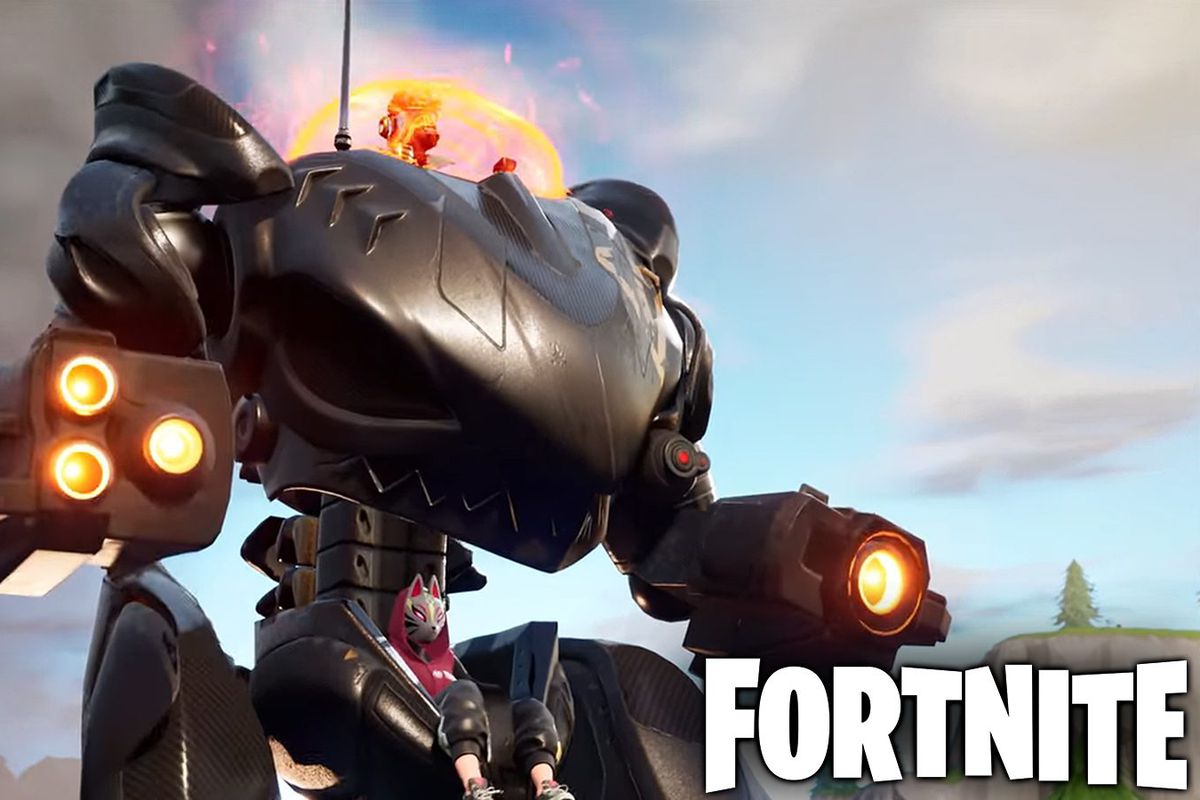 Fortnite is a massively popular game with a large amount of the E-Sports world focused on the game’s devlopment. Developer Epic Games has finally admitted that the B.R.U.T.E was a major problem to the game’s balance. Fans have had problems with this massive mech since its original addition to the game and are grateful to finally see a change.

The mech was introduced at the beginning of Season 10 and could be piloted by two players. Its massive firepower and mobility made it hard for other players to bring it down once it was being piloted. The community was quick to share their thoughts, but Epic Games doubled down on the decision point out that the data did not patch the individual experience of many in the community.

We’ve made adjustments to the B.R.U.T.E. in all game modes and temporarily removed the Junk Rift from Arena and Tournaments playlists.

This update is rolling out to all servers now, read the full details on these changes here: https://t.co/Xm3YIQJBaI

Epic Games has released several adjustments, and much needed nerfs to the massive machines. Before the changes players were teaming up on servers to destroy the mechs whenever they spawned, but now it seems that won’t be necessary anymore.

The changes make the mech suit feel as if it had been nerfed into an almost unplayable state. Rockets now fire six charges instead of 10, fire 50% slower and have a 42% smaller blast radius. Their goal is to make it less effective at killing players but more capable of damaging structures. The machine also has a decrease in velocity while boosting in-air and a longer cooldown on their dash.

On top of mechanical changes, players will notice a decrease in mech suit spawns to the point where it won’t spawn in some game at all. You may play two or three games and never see a mech suit again. The last change they have made is to make the mech suit unable to produce materials removing the ability to farm it from players.

The changes show that there was much more than an unwillingness to adapt happening in the Fortnite community. It is a good thing that Epic Games has addressed it, but it took a long time for them to trust that the community knew it was wrong.

Success in the massive online market relies on paying attention to what the players want. Fornite is no exception to this as their entire success in the last few years relied on their attention to the players. If they no longer are taking community criticisms seriously, then, this could be issued for the company in the long run.

Season 10 is well into the year, and even with these changes, there are still many challenges to be completed. You can play Fortnite on Mobile, PC, Xbox One, PlayStation 4, and Nintendo Switch for free.

Jul 10, 2022 Justin Geller 1520
There square measure some early fourth of July deals to assist you to begin D&D for fewer, and they will tide you over till the consequent season...

Jul 4, 2022 Tom Lee 2290
MMORPG.com: With the Dragon Hunt system, it senses like you're putting up players so they can easily fight the dragons attacking Faerûn. How do you...