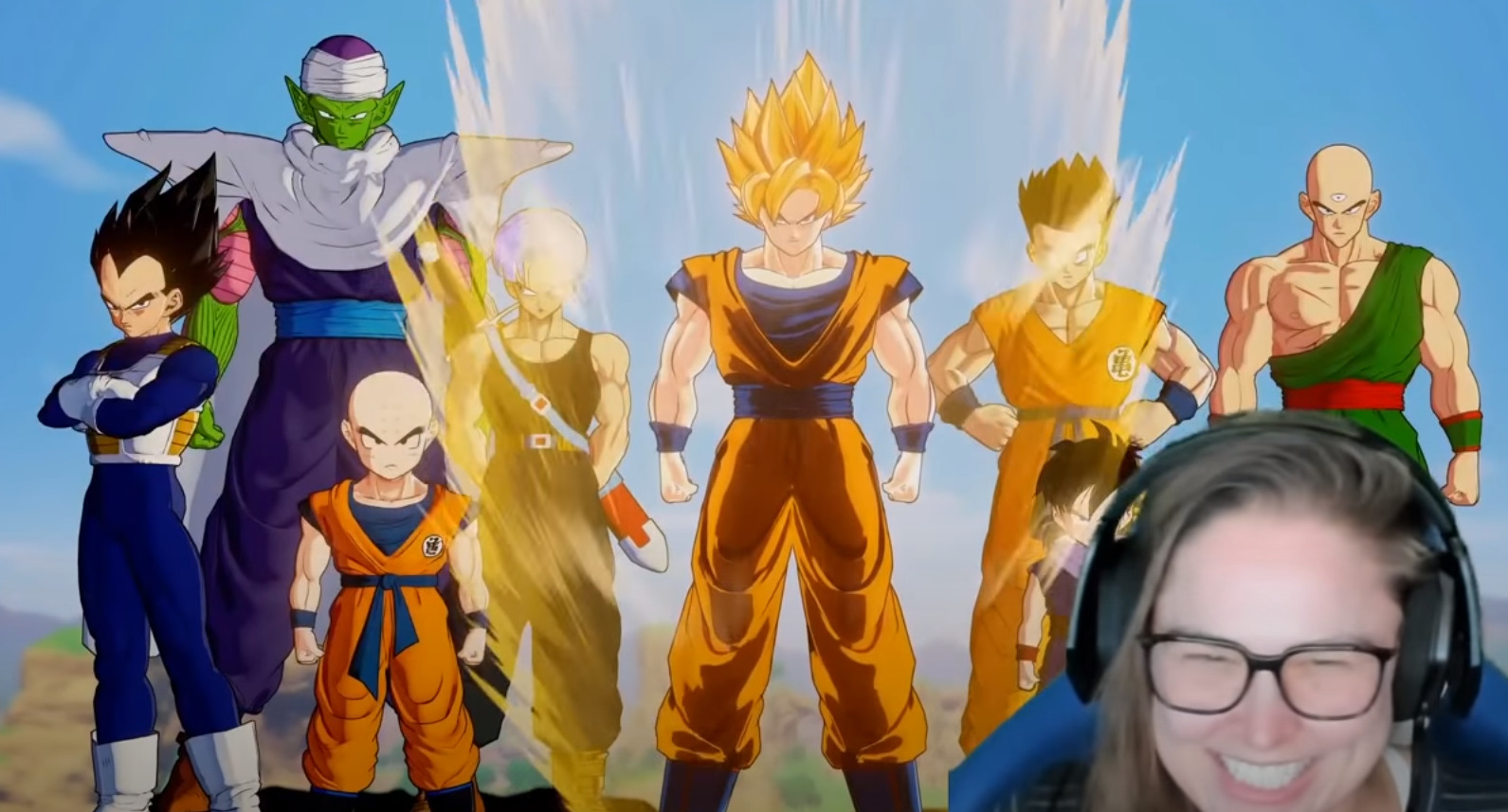 Dragon Ball Z is a show about the world’s greatest fighters. So, it stands to reason that one of the real world’s best fighters would be a fan of it.

Rowdy Ronda Rousey, the former UFC and WWE champion, is one of the most celebrated fighters on the planet today. Her run through the UFC was legendary, and gave way to the world of sports entertainment, where she had a very successful year working around the world with the WWE.

Rousey is an avowed longtime fan of the Dragon Ball saga, stating in several videos on her official YouTube Channel that she loves the long running anime series, going back to the days of her childhood.

Rousey recently settled in to stream Dragon Ball Z Kakarot, the action adventure RPG released by Bandai Namco earlier this year, on her YouTube channel, before the eyes of her 1.06 million followers.

“Ronda has loved Dragon Ball Z for years and she is now reliving her youth playing Dragon Ball Z Kakarot the game,” the video’s official description reads. “Watch as Ronda reunites Goku with old friends on his adventures through the Dragon Ball Z universe. Some intense fights await as well as vast open worlds to explore.”

Rousey seems to delight in streaming the game, taking questions from viewers through a live chat window. When someone remarked that she is their “female Vegeta,” Rousey smiled huge.

“Aww, that’s one of the best compliments I’ve ever got,” she said.

She comments on the over arching story of Dragon Ball, theorizing about certain characters while exploring the massive open world of Kakarot.

Kakarot is an interesting game for Dragon Ball. While most Dragon Ball related games released on major consoles in the United States have been straight up fighting games, (such as the Budokai series or FighterZ) Kakarot is a straight up RPG.

You can explore around the open world as Goku and his friends, following the main story or going off the beaten path to engage in fetch quests, purchase items, and expand on the world that originally appeared on the pages of manga and on screen as an anime series.

Rousey is a 6th dan black belt in Judo. She has a professional mixed martial arts record of 12 wins and two losses. Of her 12 wins, three were via knockout and nine came as a result of a submission.

She was the first female fighter to sign with the UFC back in 2012, and became the first UFC Women’s Bantamweight Champion.