Final Fantasy VII Remake’s Summon Magic Will Be Limited After All, According To The Game’s Developer 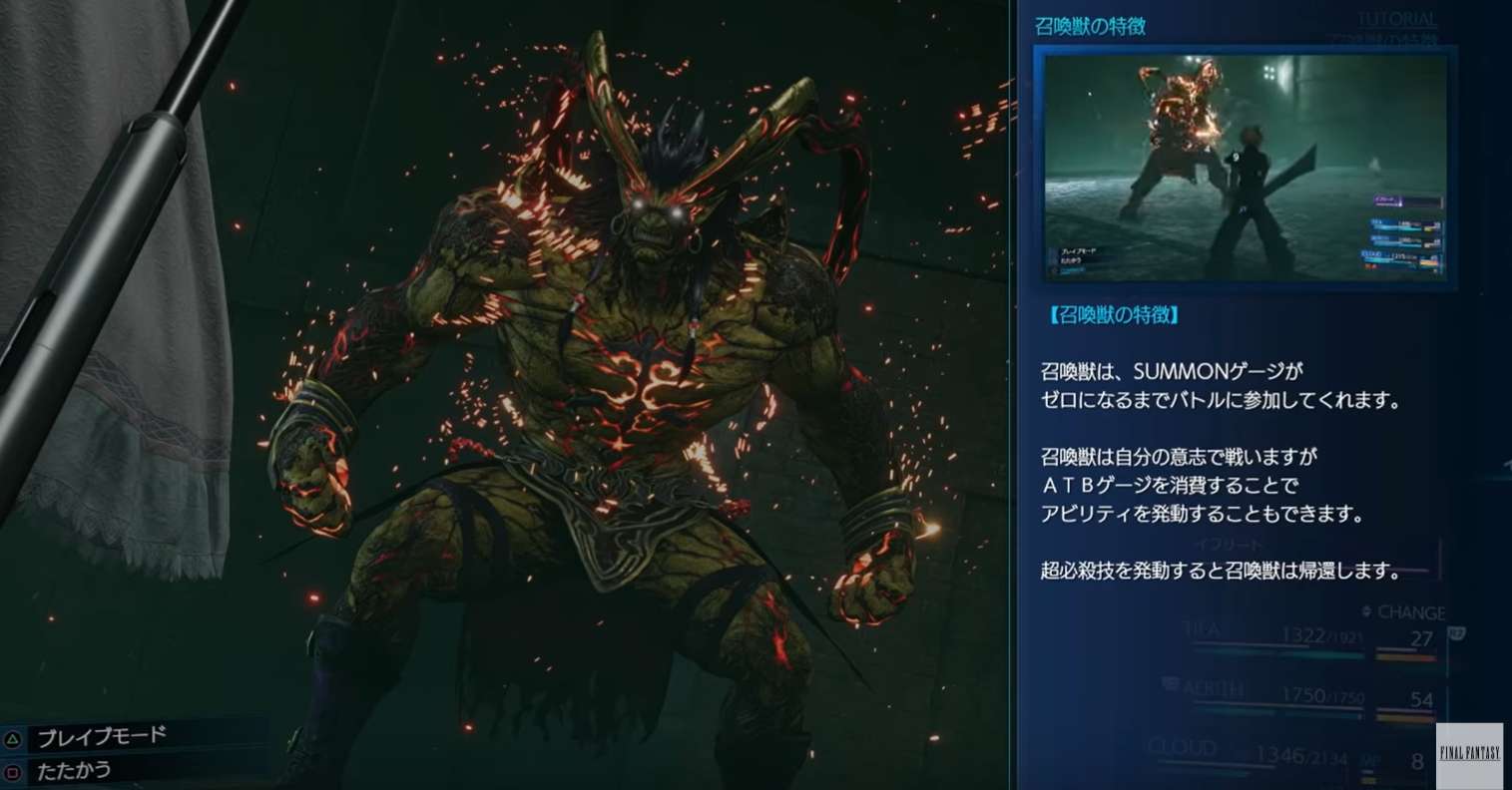 At this year’s Tokyo Game Show there was a demo shown for the upcoming Final Fantasy VII remake which featured Cloud, Tifa, and Aerith engaged in a subterranean boss fight against the monster Abzu.

During this battle, we got to see the game’s summon spells in action, as Cloud summoned the mighty fire beast Ifrit to fight alongside him. The huge summon monster actually engages in automatic battles alongside the party for a set amount of time before vanishing once again. It was a huge departure from the original 1997 game’s summon spells, which showed up, gave a massive attack, and then vanished.

During that demo, there was a translation from Japanese to English that many people seemed to write off as being inaccurate. It was said that summons could only be used during boss battles. This left a lot of longtime fans scratching their heads, as the original game allowed you to use summon Materia in any battle.

It seems as though blaming this news on translation issues was nothing more than wishful thinking on the part of fans. A tweet posted on the game’s official Twitter account showed a clip from an interview with Final Fantasy VII Remake producer Yoshinori Kitase, where he confirms that summon spells will be situational in the game.

We asked #FinalFantasy VII Remake producer Yoshinori Kitase for a concise explanation of how summons work in #FF7R, and he didn't disappoint! pic.twitter.com/KEWVlUsGxQ

“We showed a scene where Ifrit is summoned at TGS this year,” he said. “The player equips summoning Materia, and that Materia resonates when fighting bosses or certain powerful enemies, and special conditions are met. You can then select the summon command while Materia is resonating and a summon monster will arrive on the battlefield.”

He goes on to talk a bit about how these summon spells will work.

“Once summoned, Ifrit will remain on the battlefield for a set time, and fight automatically. So you are controlling Cloud, but Ifrit will fight alongside him for a while. Once the player’s ATB gauge fills, you can use it to execute one of Ifrit’s abilities. So summons give you a chance to perform some extremely powerful attacks, and fight with a potent ally when taking on tough bosses.”

Kitase’s comment confirmed a fear for Final Fantasy VII fans. This break with the traditional gameplay of the original late 90s title has ruffled the feathers of some longtime fans of the game.

All characters can equip only one summon Materia. It is not yet known whether or not you can chain together multiple summon spells cast by multiple characters.

It actually works a lot like the summon system in Square’s Final Fantasy XV, wherein players were able to summon only in specific battles.