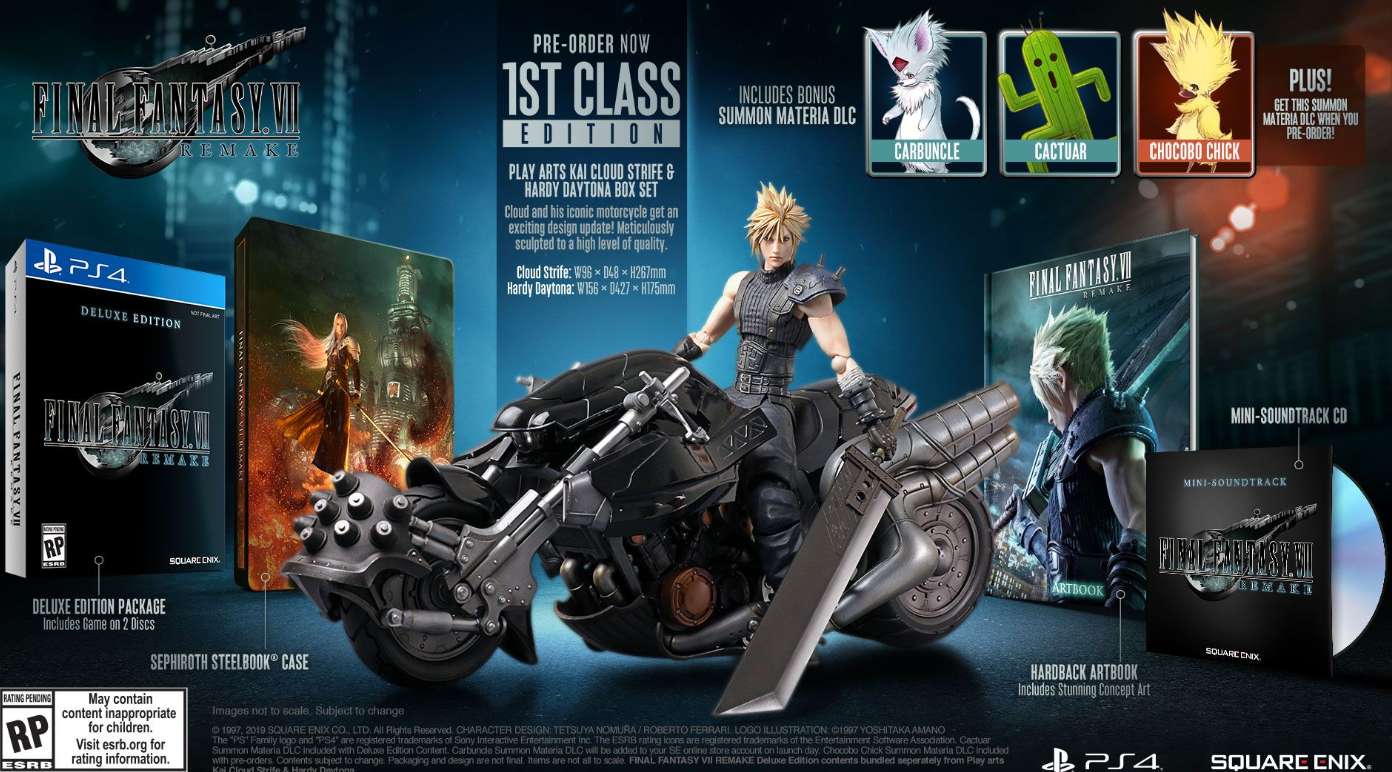 The gaming community let out a collective sigh when it was announced more than a week ago that Final Fantasy VII Remake, one of the most anticipated titles for Square Enix in recent memory, was being pushed back a month to give developers time to perfect the game before its release.

If you're in the US and have pre-ordered #FinalFantasy VII Remake from the #SquareEnix Store, then please read this important message. #FF7R pic.twitter.com/nzOh70JlMq

“Due to the release date change to April 10, you must opt in by February 28 for your order not to be cancelled,” Square said in the official announcement. “To confirm your order, please check for an email from Square Enix on this topic, and then click the link in the email to be taken to a web page to opt in.”

The company goes on to say that anyone who does not opt-in by the end of February will see their pre-order cancelled automatically. This would be a huge blow to a lot of players, especially those who pre-ordered the epic $329.99 First Class Edition, which comes with a Cloud Strife statue amidst a wealth of additional extras.

With the updated release time, the date of payment will also be changing. Charges will be going through on February 28. Square said that they will send out reminder emails on February 20, letting everyone know that they should make sure their account’s payment method is up to date. Unsuccessful debits will be re-attempted through the following weeks. All successful payments will be met with a confirmation email.

Square also noted that anyone who fails to confirm by the deadline will not only have their pre-order cancelled, but won’t be able to have it reinstated. This, according to the developer, is due to limited quantities. This no doubt is referring to the First Class Edition, which is sold out and currently has a waiting list.

Square made waves when they announced that Final Fantasy VII Remake would be delayed from its original May 3, 2020 release date to April 10. On the same day, it also announced that the scheduled May release of Marvel’s The Avengers, another long-awaited title, would be pushed back into the fall.

Final Fantasy VII Remake is a complete reimagining of the iconic 1997 release on the PlayStation 1. It will be broken down into several games, with the first taking place entirely in Midgar.