Final Fantasy VII Gives Out Two Posters At Its Booth At PAX East All Weekend, Game’s Voice Cast Was Also On Hand 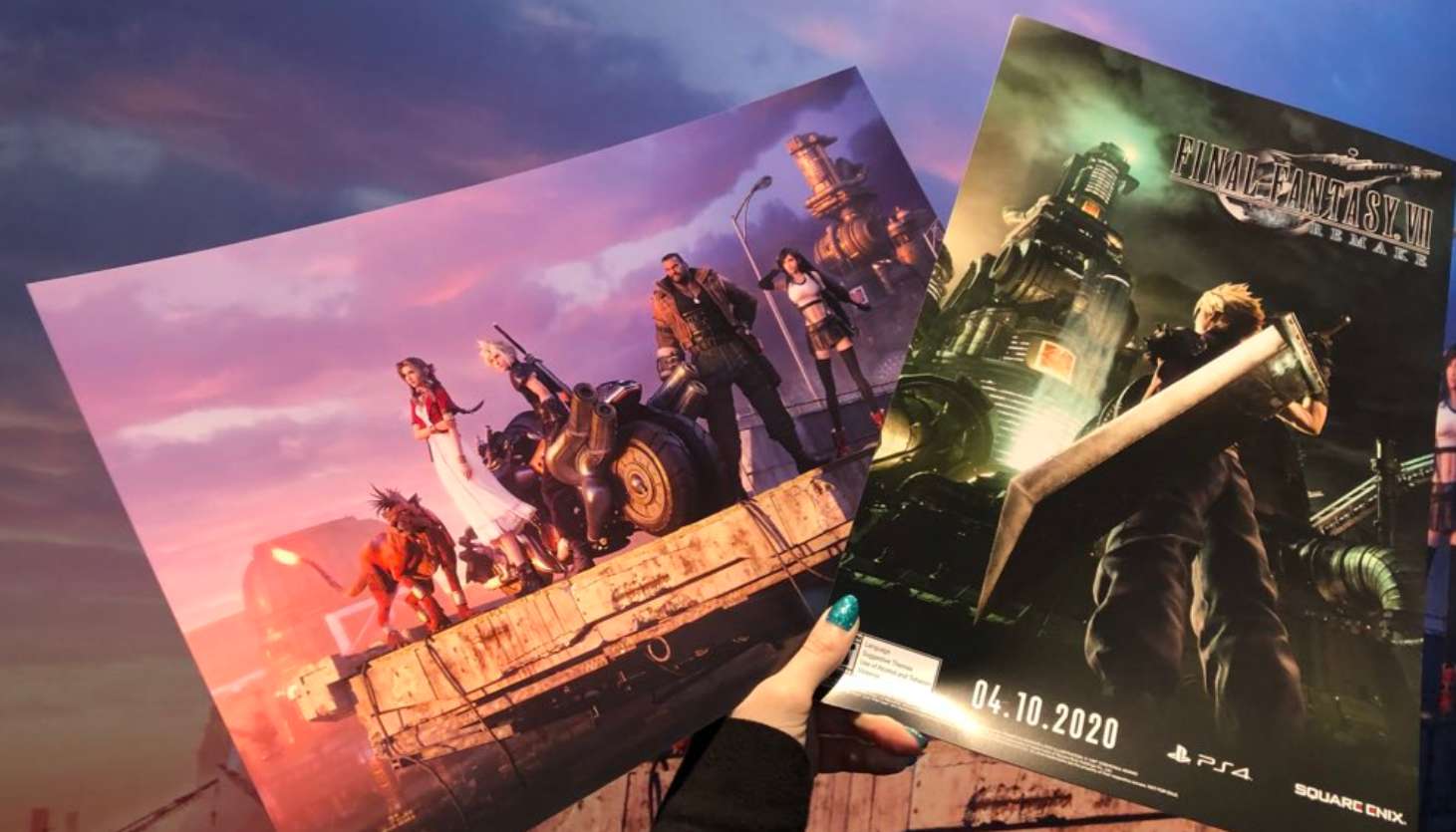 Final Fantasy VII Remake was out in full force this weekend at PAX East in Boston. The highly anticipated PlayStation exclusive title was heavily featured at the gaming convention.

The main attraction surrounding Final Fantasy VII Remake’s involvement in the convention was the hands-on playable demo. Eager fans flocked to the booth for the entirety of the convention in order to take control of Cloud and Barret for the first time.

There was also a special gift handed out to fans who visited the booth in the form of two posters featuring iconic scenes from the game.

The first is arguably the most iconic shot from the original, which was featured on the original box art for the 1997 PlayStation One release.

It shows Cloud, Buster Sword clasped onto his back gazing up at the foreboding skyscraper that is the Shinra Headquarters Building. This is a scene that will undoubtedly play out in the remake, as it takes place within the Mega City of Midgar, where the Shinra Building is located.

If you're at #PAXEast and don't have a #FF7R poster yet… Why aren't you here at booth 12011 to get your own double-sided piece of art right now? 😍 pic.twitter.com/D8WZ0e10Ss

The other poster was an image of the entire Avalanche team assembled, standing at the end of an unfinished highway looking out into the morning sky. It is an image Square released recently, after they put out the Theme Song trailer that debuted the final main character of the game, Red XIII.

Speaking of the Avalanche Team, several members of the game’s voice cast was on hand at PAX East, greeting fans and signing merchandise.

The voice actors for Tifa, Barret, Aerith, Jessie, and Biggs were all present and seemed to have an amazing time interacting with the fans and experiencing the love that so many people have had for this game for more than two-and-a-half decades.

Briana White, a YouTube personality who is also the voice actress for Aerith, expressed her excitement in a tweet.

So excited to meet the Final Fantasy fandom today at #PAXEast! We have awesome character art & posters for those who get a ticket to the signing! Thank you to everyone who has come out to support Final Fantasy VII Remake this weekend! #FF7R pic.twitter.com/vcJv9UemOD

“So excited to meet the Final Fantasy fandom today at PAX East,” she said. “We have awesome character art and posters for those who get a ticket to the signing. Thank you to everyone who has come out to support Final Fantasy VII Remake this weekend!”

Now that PAX East is coming to a close, many are wondering if the demo will finally be made available on the PlayStation Network. It was discovered on there months ago and was subsequently hacked by data miners who were able to uncover a lot of information about the game, such as the reveals of Hojo and Red XIII long before Square made that information available.