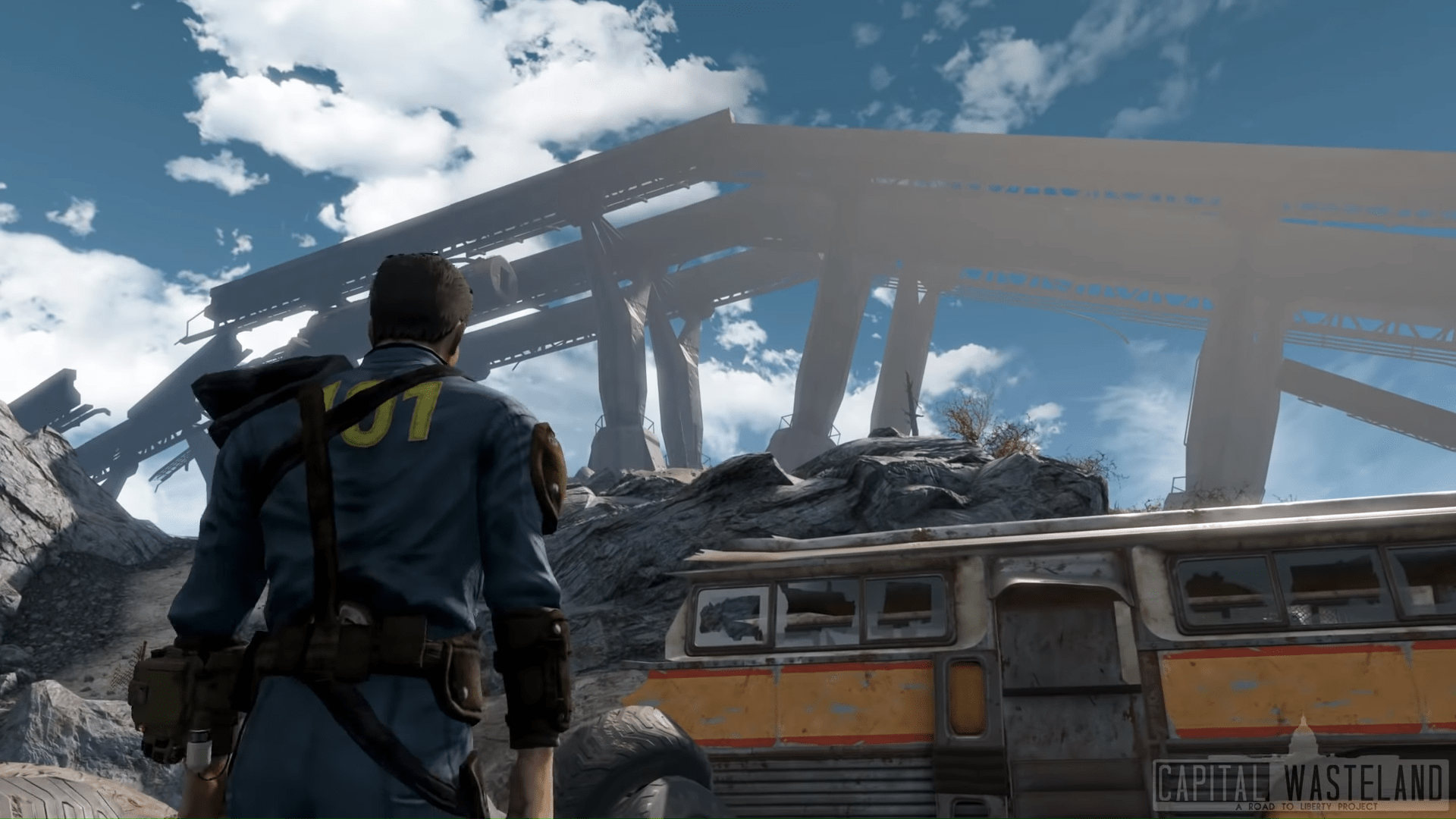 In an overhaul of Fallout 4’s assets, the creators of the Capital Wastelands mod show us nostalgic snippets of the classic Fallout 3, including map locations, gear and outfits, and weapons.

The attention to detail shown in the trailer is impeccable. From the accurately recreated Megaton to the notorious metro tunnels, Capital Wastelands gives you the chance to revisit the vast and fascinating world of Fallout 3. I’ve spent more time playing Fallout 4 than Fallout 3. Despite this, I found myself recognizing and remembering locations from 3 with a nostalgic fondness 4 doesn’t inspire.

Although the Capital Wastelands mod looks exciting, development of the mod is no easy task. First, the mod was put on hold back in 2018, the developers citing a lack of resources to continue. Bethesda also threatened legal action when one of the members of the team contacted them to tell them about the project. Not exactly the expected response.

Progress continued with a small smaller team of modders, a dedicated group of 10 Fallout fanatics headed up by Naf_Naf95, a modder who worked on projects like Beyond Skyrim. Work on the project was destined to continue at a much slower pace. For a whole year, the team went silent.

So far much of the work in the Capital Wastelands mod has centered on weapon and map redesigns. This includes areas such as Arefu, the Rob Co Factory, Raven Rock, Tenpenny Tower, and many more. Thanks to the recent addition of Charlie, a 2D design artist from the Fallout 4: New Vegas mod team, the Capital Wasteland guys have been able to get back to producing assets for the mod. Fans are concerned about the voice acting, and the team has announced they’re currently on the lookout for talented voice actors to recreate Fallout 3’s long and winding script of 45,000 unique voice lines.

As of February 2019, the mod is still far from being done. This trailer is a promising look into the future of Capital Wastelands, but for now, it’s all we’ve got. With E3 coming up in a week we might get to see some more Fallout news, perhaps even a Bethesda-supported Fallout 3 remake, or a brand new Fallout game to replace the shambles that was Fallout 76.

In the meantime, follow the Capital Wasteland team on Twitter to stay up-to-date with recent news about the mod.

Jan 12, 2021 Harry Alston 4230
With an announcement earlier this week from Lucasfilm Games that they were breathing new life into their brand, hopes were high for another Star Wars...

Dec 27, 2020 Aaron Hans 13561
After being released in December of last year, The Witcher quickly became an overwhelming success for Netflix, and they're rumored to be turning...