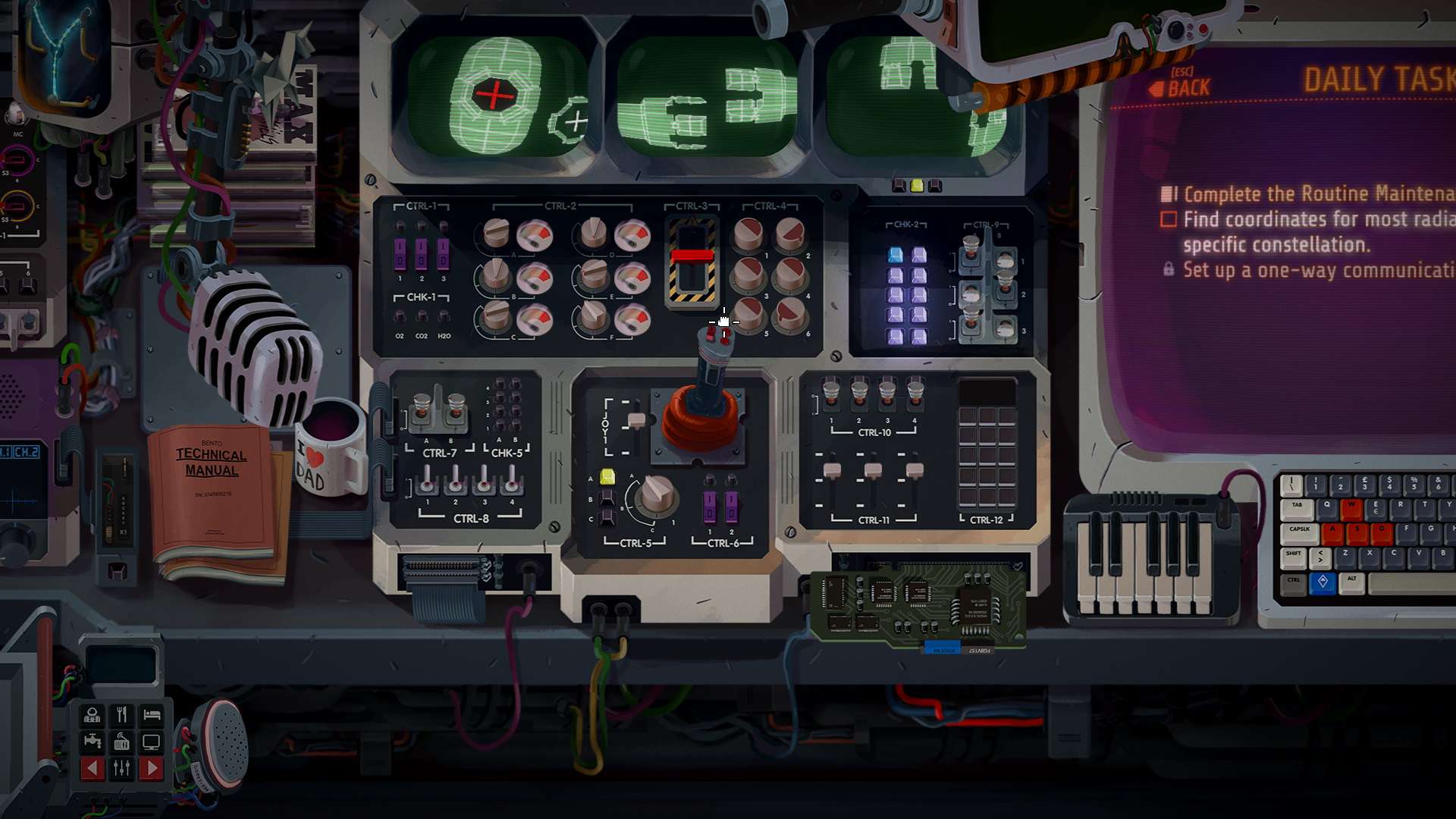 How many regrets do you have? How many mistakes do you wish you could undo? How far would you be willing to go to escape who you once were? Still There is a game that forces you to answer a lot of those questions amidst the black vastness of space.

You play as Karl Hamba, the one and only operator of The Bento, space lighthouse on the fringes of the cosmos. Along with your AI partner Gorky, the two of you run through the daily procedures of The Bento. Perform regular maintenance, screen radio transmissions, make coffee, same old, same old.

Until one day, it isn’t. The bubble of your world is forever popped when a mysterious transmission crosses your way.

Still There, in addition to being a deeply cerebral puzzle game (mostly environmental, if the in-game manual of The Bento is anything to go by), deals with the concepts of isolation, depression, and grief. From what little we see in the trailer, there are various allusions to Karl’s past that deal with such things, and the player will have to navigate the story’s complex and rich narrative to make sense of everything. The game has its moments of levity, however, dark humor provided via conversations with Gorky. And between the maintenance, unraveling the mystery of the radio transition, bouts of chess, keeping up with your actual job so your higher-ups are kept in the dark, find a way to make the perfect press of Italian coffee

Having been at least two years in the making, Still There was developed by GhostShark Games, a Rome-founded indie studio that, like many before it, specializes in heavy story. Normally GhostShark’s worforce is develop-for-higher, but they have their own IPs as well. And in the efforts to bring Still There to life, they’ve partnered with other indie companies, such as Demigiant and Abstraction, under the banner of Iceberg Interactive.

Story-based games are coming more and more on the rise, and in the case of Still There, it’s sure to not only provide an amazing gameplay experience, but a thought-provoking one as well.

Still There is set for a Nintendo Switch release November 20th, 2019. 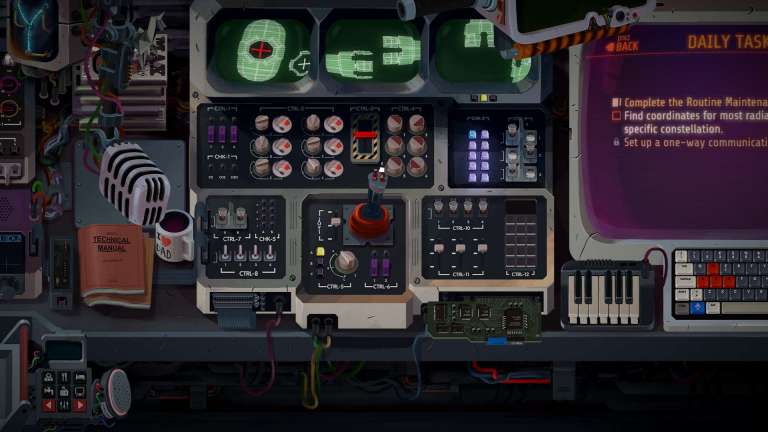 Nov 9, 2019 Shayne Brown 6750
How many regrets do you have? How many mistakes do you wish you could undo? How far would you be willing to go to escape who you once were? Still... 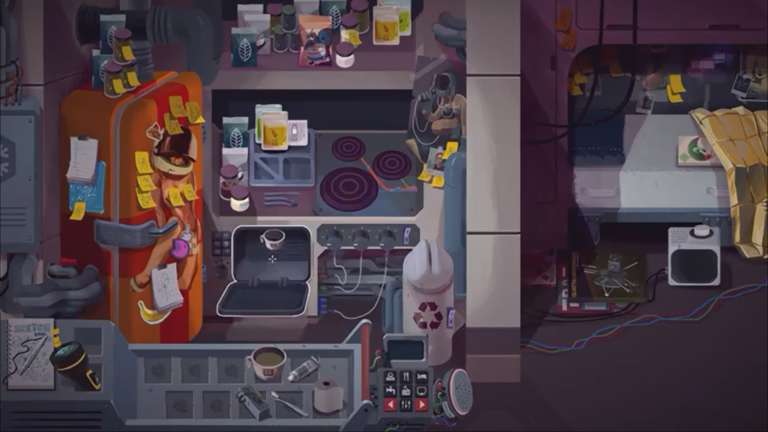 Aug 11, 2019 Jeremy Green 8450
Space is always an interesting subject matter for video games. The vastness plays well to the mysterious aura of titles in this genre. There have...