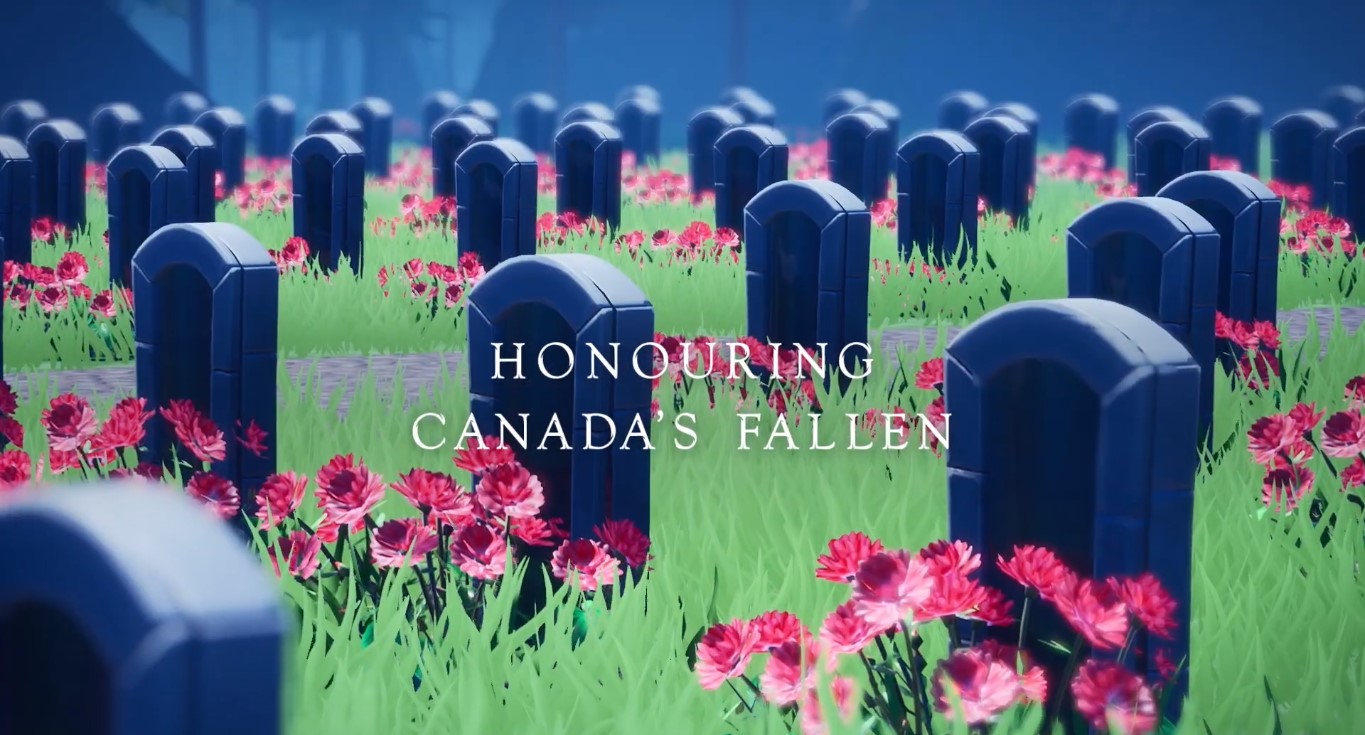 The clip comes with the haunting trumpet music along with images of war. You have iconic images of the barges and barbed wires on D-Day. Not many people know it, but Canada was part of the Allied Forces that invaded Normandy, shifting the tides of WWII. Here is the video of Remembrance Island.

Some of the images also juxtaposed the barbed wire with lush fields of green grass and pink flowers. It seems to show that the world continues to spin and slowly forget the horrors of war. The next image shows damaged buildings, obviously the aftermath of air raids and bombings. Then you have an abandoned trench with a very dark tunnel up ahead.

In Remembrance Island, no one is allowed to fire their guns. It is not a place for battle, but rather a tribute to honor the veterans of Canada who paid the ultimate sacrifice. The images of gravestones show that while you play war games, you do not play with real war. Children are orphaned, spouses become widows and widowers, parents are left without sons and daughters.

Fortnite players who want to pay tribute to Canada’s fallen need to follow the poppies. First, they need to start a server. After that, you will need to look for the featured rift. You will then enter the code that is given to you to enter Remembrance Island.

Both Epic Games and the Royal Canadian Legion also encouraged Fortnite players to give a moment of silence. It is not clear when the Remembrance Island event will last, but it’s a good reminder about the fleetingness of life.

But you can also explore the whole island. You can just take your time to walk along the coast, visit the graveyard, the trenches, and the abandoned barracks. You can also walk in a large field of poppies. There are also 30 plaques leading to the huge monument at the center of Remembrance Island. You can read the information on the bravery of Canadian soldiers in World War II from each plaque.

According to Nujma Bond, the Royal Canadian Legion spokesperson, young people today no longer feel connected to their past. It is the reason why they decided to partner with Epic Games to build a memorial in Fortnite. Hopefully, Bond said, players, will spend time learning about the Great War based on what they see on Fortnite.

The Story Of A World Champion, Doinb, The Mid Laner Of Fun Plus Phoenix

Nov 3, 2022 Michael Gunn 270
A new autobiography written by Cliff Bleszinkski, the primary designer for the first three Gears of War games, has just been published. In his...

Oct 15, 2022 Michael Gunn 530
The new Pump Me Up emote in Fortnite features dance routines performed by Jaedan Gomez and music performed by Lizzo. You may buy the emote right now...

Oct 11, 2022 Michael Gunn 860
New claims have been added to the litigation against Google by Epic Games and Match Group. The two corporations claim that the search giant bribed...