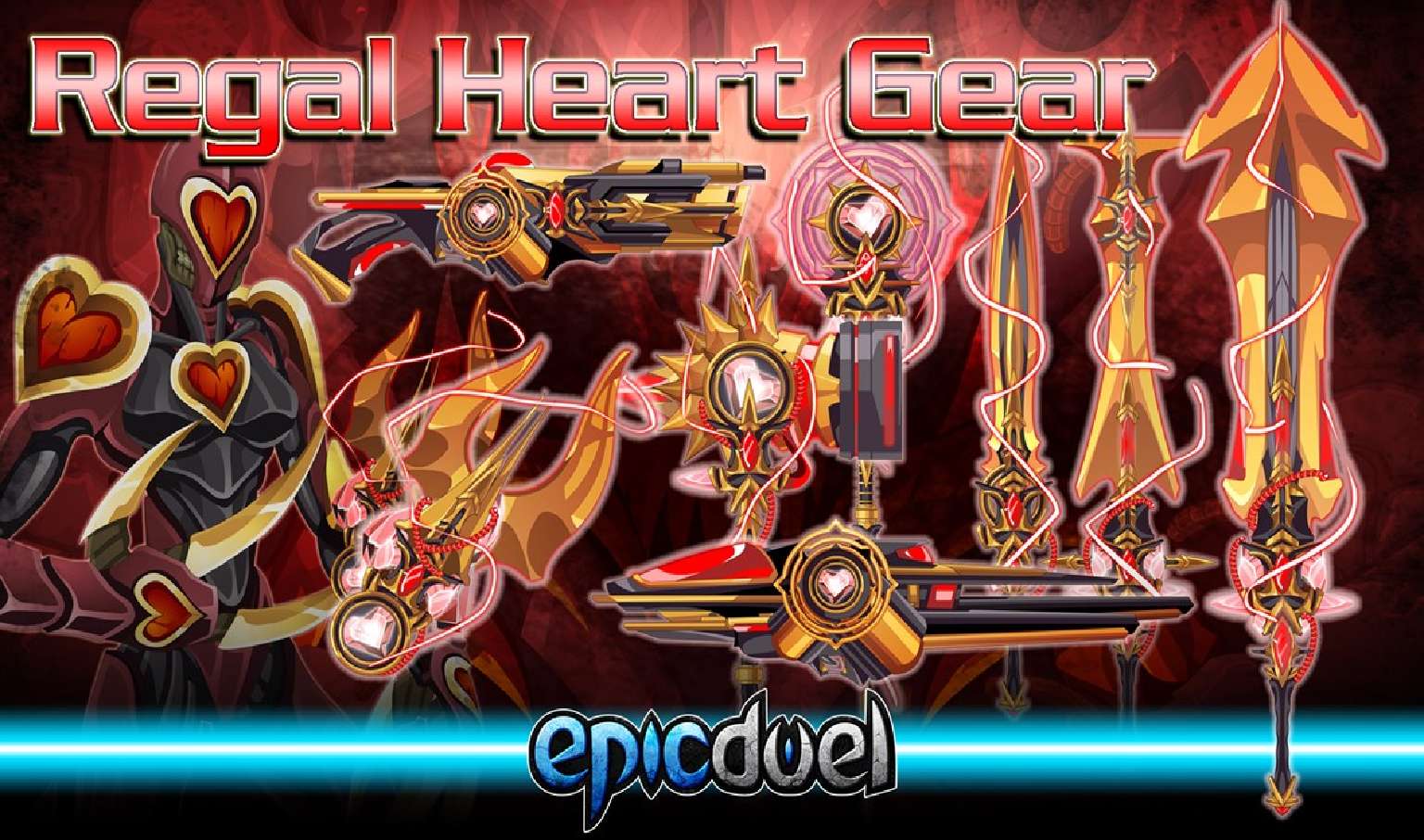 Epic Duel recently dropped an update to their game. And in this update, it’s all Valentine’s Day themed.

In this Valentine’s Day update, Epic Duel released a whole slew of pink and red-colored items. Based on what was shown on the Artix Website, all the equipment is heart-themed, hence the “Regal Heart Gear” naming scheme.

To get access to this gear, players can visit the Legendary Arsenal and the Alydroid for new weapons and armors crafted with care by the artists Bido and Deuce.

Also based on the Sonic the Hedgehog movie, players will get some hairstyles and helms. These include the Egg scientist, the Hyper Hair, the Flashy Hyper Hair, the Eggbot and the RiotBot.

There was also some balancing done in this update. First off, the Mercenary class got an update to their Intimidate. Intimidate now lasts for three turns.

The final update is to Omega Override. This move no longer has a warm-up.

Epic Duel did a lot in this update, far more than the usual gear additions. Players won’t want to miss out on this balance patch.