Call of Juarez: Gunslinger was initially released in 2013 on PlayStation 3, Xbox 360, and PC. Developer Techland recently announced plans to release an enhanced version on the Nintendo Switch.

The Nintendo Switch version will include new features that take advantage of the hardware.

With motion control, players can “feel like a true Gunslinger” using the JoyCons. For those who enjoy feeling their gameplay, HD Rumble will be supported.

Techland has since moved on to develop other titles, including the Dying Light series. For some developers, they didn’t want to give up on the 2013 game. The Nintendo Switch version of Call of Juarez: Gunslinger began as an in-house project but became a much larger project than expected.

Techland eventually decided to release it to the world, so that other fans could enjoy the Wild West adventures Call of Juarez: Gunslinger once again.

The game’s storyline and first-person gameplay largely remains the same. The player takes control of a bounty hunter who hunts down legendary outlaws, such as Billy the Kid, John Hardin, Jesse James, and many more.

Players can customize their character’s skills to become a master gunslinger who uses combos to take down their enemies.

From the official website: “From gold mines to saloons, Call of Juarez: Gunslinger is a real homage to the Wild West tales. Live the epic and violent journey of a ruthless bounty hunter on the trail of the West’s most notorious outlaws. Blurring the lines between man and myth, this adventure made of memorable encounters unveils the untold truth behind some of the greatest legends of the Old West.”

The game will be released digitally through the Nintendo Switch eShop. Square Enix announced that they would release physical versions of the game at participating retailers in the US and Canada. The physical edition will be the same price as the digital version, but it is unknown if it will come with any additional physical content.

Call of Juarez: Gunslinger on the Nintendo Switch will be released on December 10, 2019. 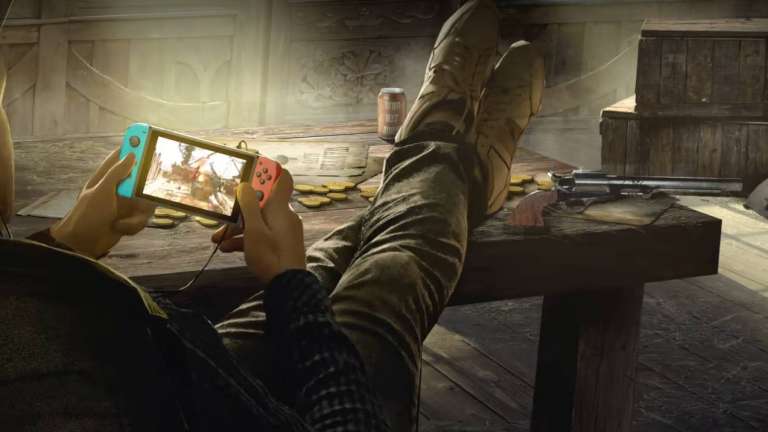