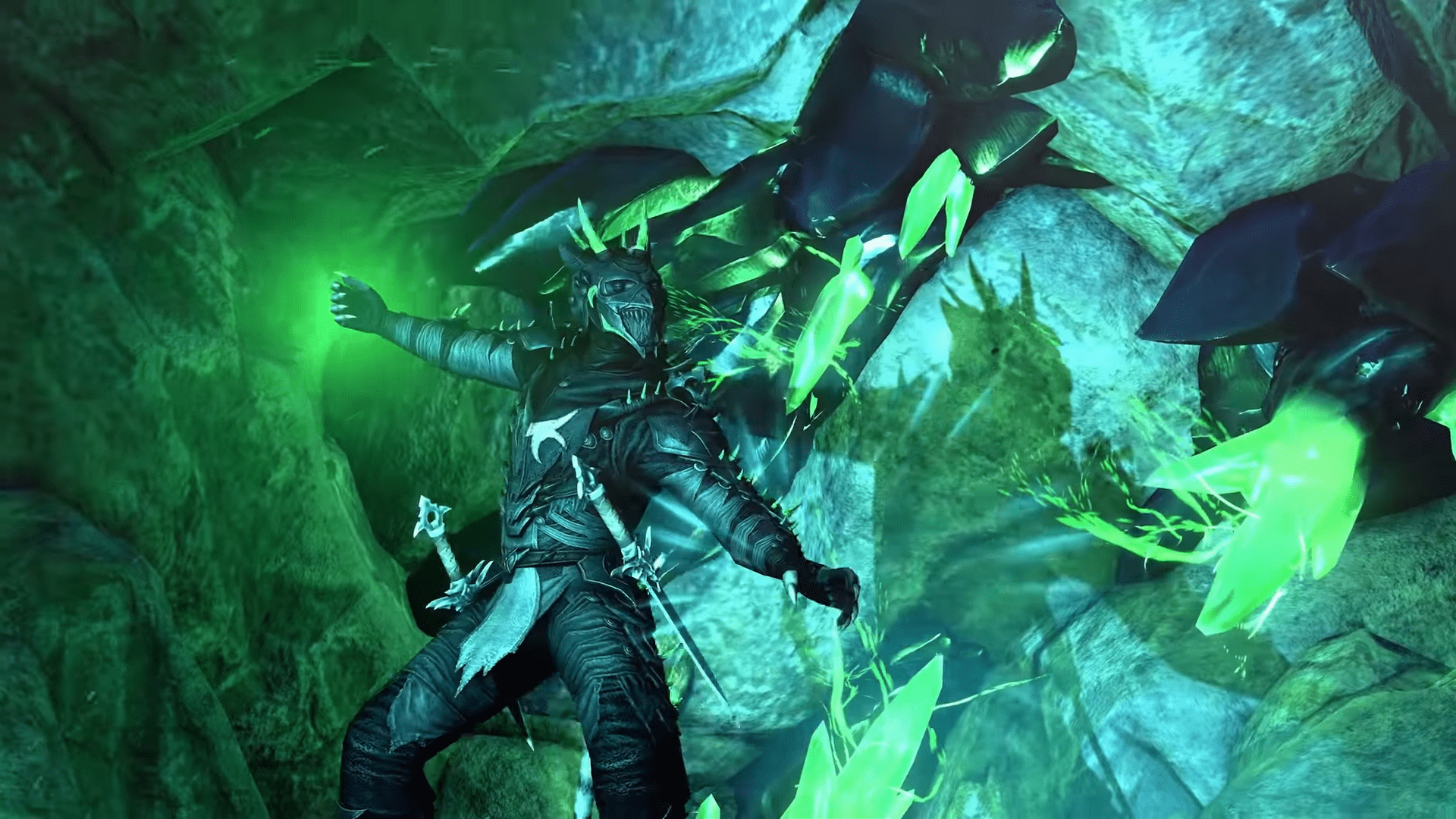 Everything is an MMO these days with varying degrees of success; once developers saw that subscription-based MMO’s were financially viable, there have been a scurrying of half-baked ideas with steep price-tags onto various platforms.  Elder Scrolls Online had a noticeably iffy launch, with many concerned about monthly subscriptions and an in-game microtransaction shop.

The Undaunted Event is coming to ESO! From November 14 – November 18 you can participate by playing any of ESO’s dungeons. https://t.co/v3cz3F3zD3
👉Slay the final boss of a dungeon to earn 3 Event Tickets.
👉The final boss of dungeons will also drop a special reward box! pic.twitter.com/G6ZxElMA4U

They even managed to weather the storm when they made every hostile mob match your level, resulting in a very grindy experience no matter what you’re attempting to do, from farming crafting resources in the starting area to simply exploring the nooks and crannies of their vast landscapes.

Imagine being decked out as a legendary warrior, with glittering armor and blood-drenched weapons that have toppled gods, yet still struggling against a small crab on a beach for five minutes.

Yet despite their considerable missteps in their journey, the developers of Elder Scrolls Online manages to valiantly continue to release events with interesting loot, most recently their upcoming event, the Undaunted Celebration.

The Undaunted Celebration rewards gamers for fighting through the variety of dungeons found in the MMO, offering Undaunted Reward Boxes after the final boss is killed for each dungeon.  These chests of loot can contain Undaunted keys, plunder, motif pages, transmute crystals, repair kits, riding lessons, and more that have been yet unannounced.

Additionally, there is a small chance to acquire special versions of style pages called ‘Opal’ from these chests, that are attractive enough reskins of previously released armor and weapons.

Worth noting that only the first clear of each dungeon will result in the special loot dropping, and subsequent clears of that same dungeon will not.  With a reported 136 dungeons to be found across the wilds of Tamriel, players are sure to be busy maximizing their chances for good loot.

Additionally, the Elder Scrolls Online is offering to help support animal shelters for each dragon slain in the Lair of Maarselok.  On top of that, each dungeon cleared gives gamers bonus entries into their Season of the Dragon sweepstakes.  Three additional Event Tickets drop for players at the fall of each dungeons final boss that can be turned in to the Impresario.

It’s clear that this event, which runs from November 14 until November 18, is stuffed once again with a smorgasbord of items that will encourage players to return once again to Tamriel.  The question is if ESO’s developer, Zenimax Online Studios, can make them stay.

Steam Platform Offers Daily Deal On Shenmue I and II, Despite Third Game Movement To Epic

Call of Duty: Modern Warfare's Unintentional Dream Gun: The 725 Shotgun-Sniper Has Been Nerfed Again, Along With Other Fixes