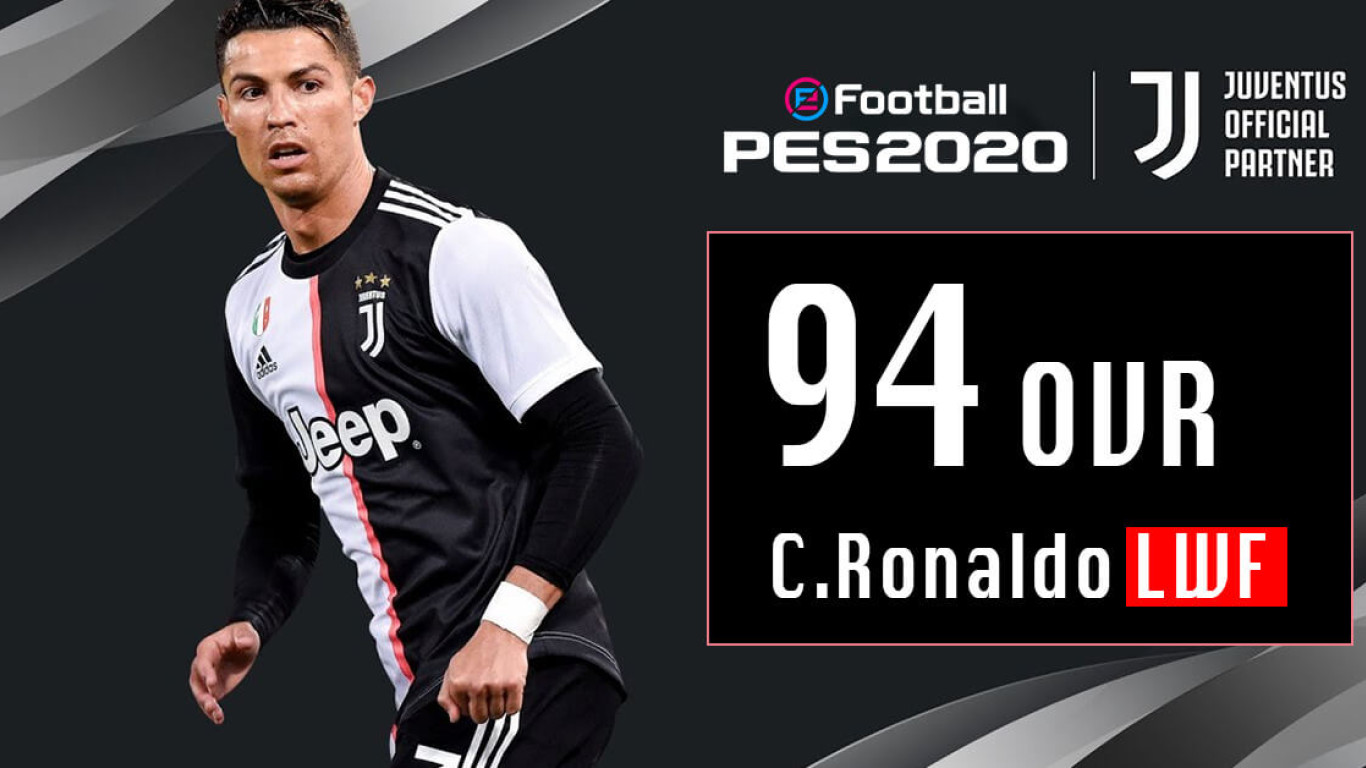 Japanese publisher Konami has revealed the official ratings for Juventus star Cristiano Ronaldo. The five-time Ballon d’Or winner rakes in a total of 94. This is the same rating he had together with rival Lionel Messi in PES2019. In this year’s edition, however, it is still not clear who is on top between the two.

Ronaldo is undoubtedly the best player of our generation. After his departure from Bernabeu to the Old Lady, the Portuguese winger has continued to soar high. He inspired Juventus to clinch the Serie A quite comfortably. Ronaldo replicated the splendid performance in Champions League, but they were eliminated by Ajax, in a surprise defeat. in total, he scored 28 goals which is quite impressive considering it’s his first season.

94 is quite a genuine rating for the Portugal captain. At 34, he is still the lethal Ronaldo. Some fans were contented with the star’s rating while others think he is overrated. When it comes to Ronaldo and Messi, the opinions are mostly subjective as each man has their share of fans, and haters as well. In a video posted on social media, Konami revealed the detailed stats of the Juventus star.

Offensive awareness is key for forwards, and Ronaldo scores an impressive 94. In ball control, he has 90 while dribbling and possession Konami rated him 88. Finishing and heading is another area the Portuguese remains dominant with 93. The 94 power rating makes him among the best strikers in the world even at his sunset.

While Ronaldo may not be the fastest players in the game, he’s been rated 89 for speed and 88 for acceleration. However, many fans thought otherwise as the 34-year old is not as swift and slippery as he was in his prime years, especially at Real Madrid.

The winger’s lack of defensive awareness has been correctly captured at 48. While he remains an aerial threat in the opponent’s box, with a jump rating of 98, it’s rare to see Ronaldo win the ball in his team’s box. Konami has rated the winger 54 when it comes to winning the ball.

eFootball PES2020 is set for release on 10 September 2019 and will be available on PS4, Xbox One X, and Microsoft Windows (PC). Fans of the soccer simulator game will have the demo on 30 July, and that gives players over a month to try the game before purchasing it once it is released.