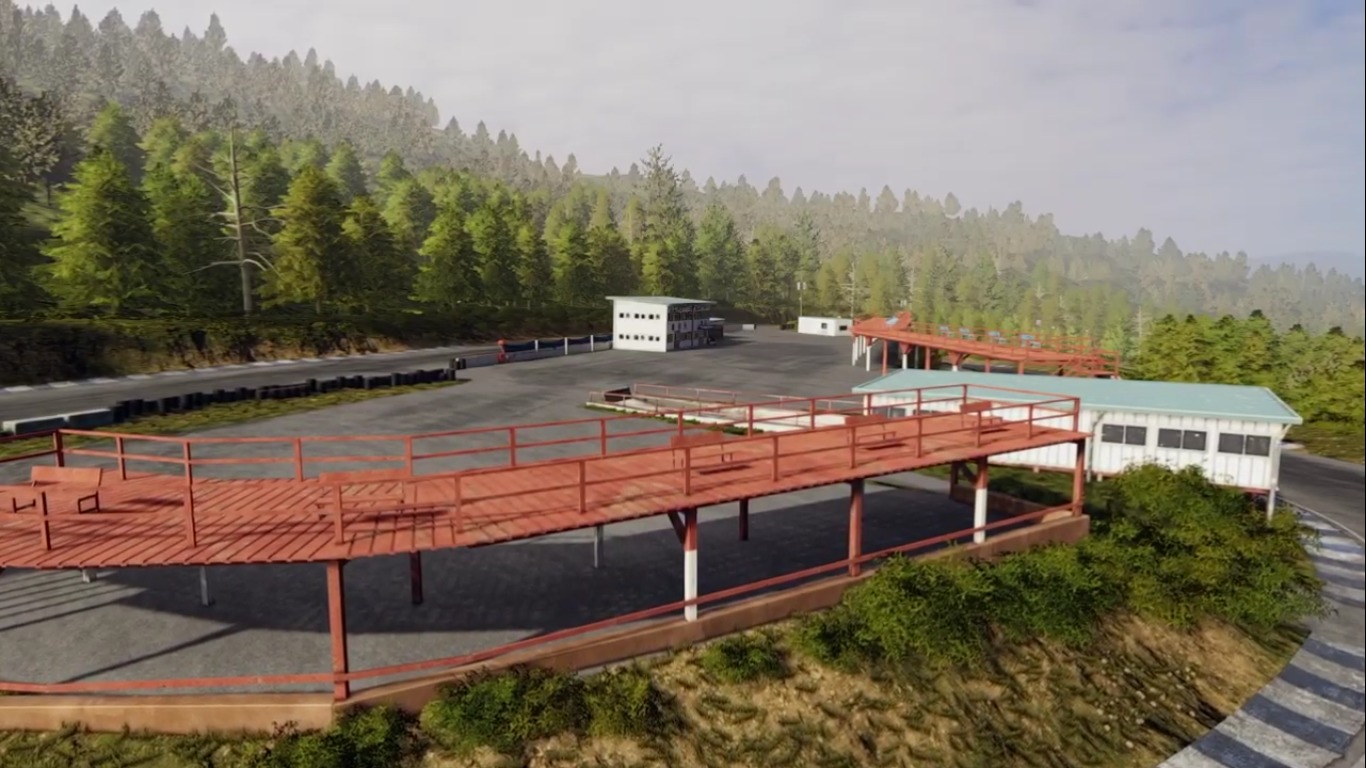 DRAFT21 released into Steam Early Access as of May 7. Players were able to get behind the wheel and show off their drifting skills in a series of fully licensed cars. Tune your engine to be your dream machine to give you every advantage on this ever-growing track.

The development team at ECC Games have worked hard to create a development roadmap for the Early Access release. They hope to provide constant quality content to the ever-growing game while working closely with community feedback to make the game the best racing simulator on Steam.

The update is adding several fixes to the gameplay and enhancements to the controls. A brand new track is being added for fans to test their race machine on and really challenge their drifting skills.

The EBISU North track is located at the highest point within the EBISU complex. This track acts as a whole new proving ground for racers to take on along with a set of new track challenges. Get ready to test your mettle as you master this new track and fully embrace the EBISU circuit.

DRIFT21 is a racing simulator that relies on the ability to drift past fast turns. Refit every part inside your car and boost your performance as you ace on the legendary Japanese EBSIU circuit.

This title is constantly growing using feedback to the Early Access release. As fans learn to perfect their vehicle, they often find flaws in the game’s design and the tracks themselves.

Join the active community and provide honest feedback to the development team on how to improve this title. Master the power of drift with detailed licensed cars from popular companies.

The cars in the game are some of the most iconic ones from drift events around the world. Cars from Nissan, Subaru, and many other popular manufacturers are prominent in this title.

From the cars to the tracks this game earns its name as a racing simulator. Where other games care about control, precision, and speed DRIFT21 instead focuses on authenticity. Enjoy a powerful drifting game with a car tuned to perfection.

DRIFT21 is available for Steam Early Access and can be purchased for $24.99. For more information be sure to explore the game’s main website and social media sites. This game is constantly changing and evolving projects that is allowing players a unique chance to provide feedback to the final version. Help the developers prepare for release and buckle up for a fast-paced ride.

Dec 24, 2020 Lisa Nguyen 9870
Publisher 505 Games and developer Magnus Games have announced the release date of Re:Legend. The title is currently in Steam Early Access but will...

Nov 25, 2020 Lisa Nguyen 5490
A new Drawn to Life game was announced for launch next month. Drawn to Life: Two Realms is the latest game from 505 Games and Digital Continue. The...

Nov 11, 2020 Lisa Nguyen 9510
Publisher 505 Games has announced that soon Indivisible fans will have the opportunity to own the game's physical version. The announcement was made...