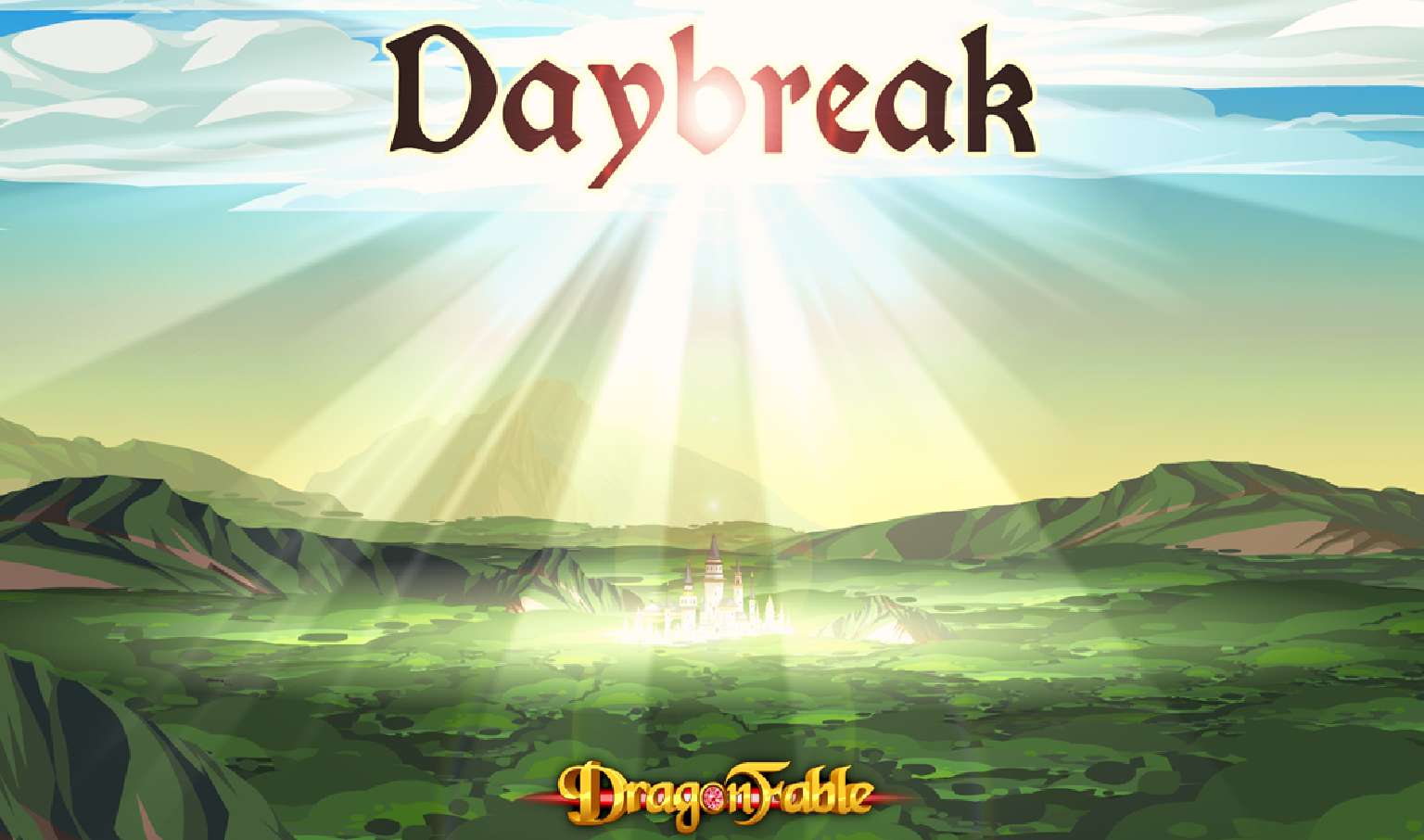 The main story continues in DragonFable this week, with the Daybreak coming to the Book 3 storyline. The city of Swordhaven has been under attack, and players have been fighting through the hordes of monsters.

The next quest continues where the previous chapter left off; while Swordhaven has been under siege from monsters and elementals emerging from the out-of-control Magesterium rift, The Golden Hand, a pair of Magesters has made their way across the battlefield. As they approach their goal, will they make it in time? Or will Swordhaven be doomed to be buried under endless sand and sun?

Players will need to head to Swordhaven in Book 3 and Queen Victoria, also known as Robina the Hood, a companion in Book 1, an obvious play on Robin Hood. Victoria, as Robina, was a companion that players met in Falconreach and was the explanation as to why monsters dropped gold; she gave it to them.

Additionally, the DragonFable team has also performed numerous class bugfixes. These bug fixes are listed below.

The Ascendant Class, which is a mage analog, has two abilities that were fixed.  “The Staff” and “Aksal’s Light” now correctly count as “hits”.

The ChronoZ, the 2014 Hero Mart calendar class, an now use on attack weapon specials as intended. They also fixed an issue where Dimensional Stab would display incorrect cooldown when using “Kick”.

The Cryptic, a rogue analog, has fixed turning around in place after using “Mental Assassination”, and they removed the”+180 Defence” pop up from “Illusion”.

The DoomKnight made it so “Corruption” no longer affects the caster when used against Beast/Bug/Fungus/Plant/Avian enemies. They also fixed “Void Barrier,” so now damage reflection is now reduced by half every hit as intended, but now starts at 100% reflect damage, up from 40%.

The special Gnomish Personal Steamtank now has “Overdrive” properly apply 200 Crit, and the animation no longer stalls. They also fixed “Nanobots,”  as they now heal for its proper duration.

The Icebound Revenant now has the “Fortitude of Frost” description now matches its effect. “Revenant’s Curse” and “Icebound Fury” now apply to the turn used as intended.

The Master Soulweaver has a minor fix, where players can now use all attack weapon specials.

All versions of the Necromancer have been fixed. The “Inspire Terror” now correctly decreases the “Shadow Seed” counter, and “Shadow Seed” no longer persists between battles.

The Ninja’s “Walk Within Shadows” now takes effect on the turn use, and they fixed inconsistencies when using “Blurred Vision”.

The Paladin’s “Greater Heal” description is fixed, and it reflects that it removes ALL effects. It also properly purges effects on the turn used.

All versions of the Rogue have been updated. The “Smoke” description typo fixed been fixed; it now says “Defense” as intended.

The Shadow Hunter’s “Night Shield” cooldown reduced to 6, down from 9, and the “Counterattack” combo duration increased by 1.

A lot has been done for DragonFable, and the team continues to work hard with the storyline, despite bad timing with forest fire moment in another quest. Players won’t want to miss out on the continued storyline. BattleOn!

As It Turns Out, Super Smash Bros. Ultimate Fighters' Pass Is One Of The Best DLC Deals In Gaming