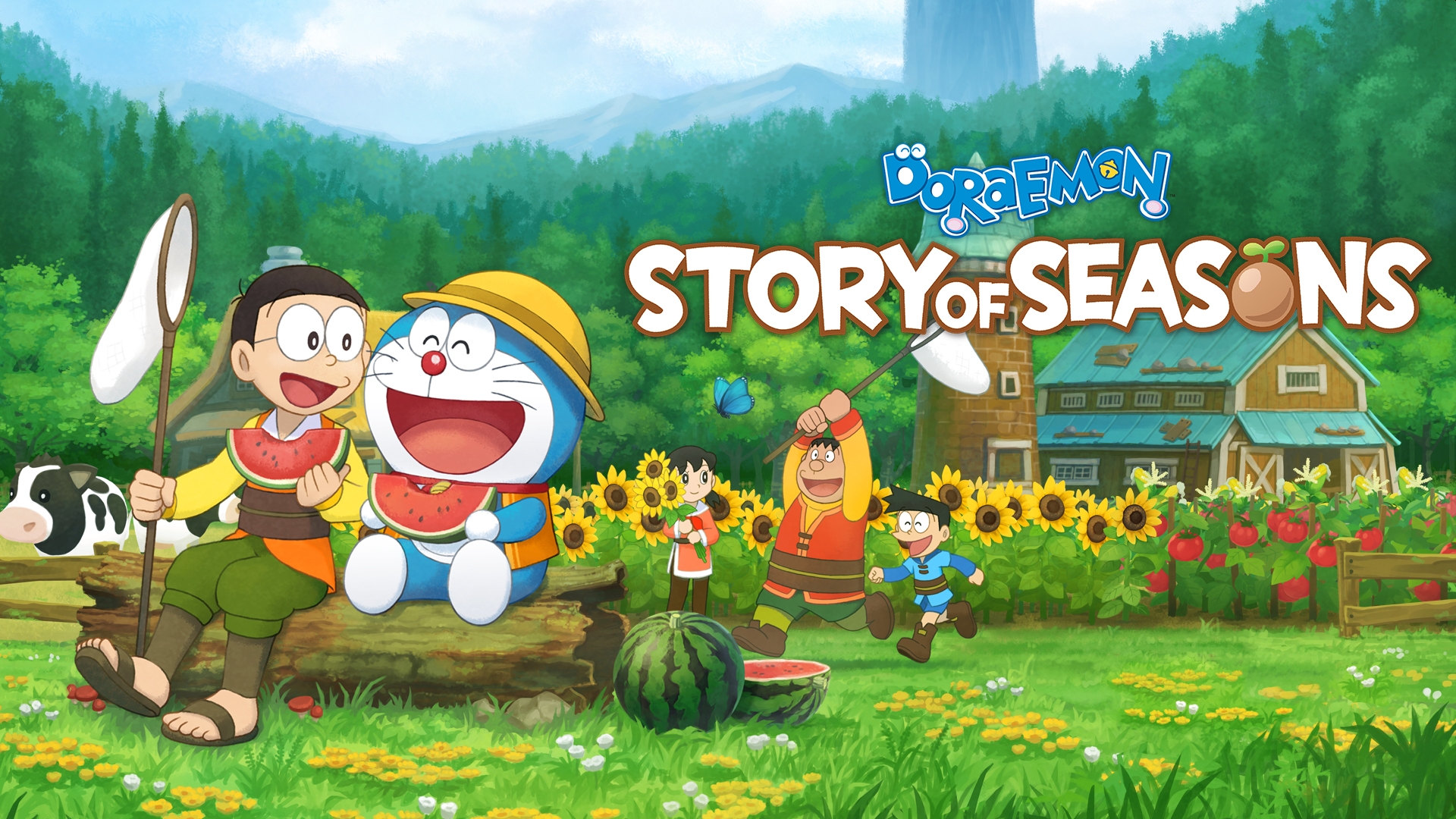 Publisher Bandai Namco with developers Marvelous Entertainment and Brownies have announced Doraemon: Story Of Seasons will launch on the PlayStation 4 later this year. The farming sim game starring characters from the popular Japanese series Doraemon was previously released on the PC and Nintendo Switch last year.

Along with the announcement was a trailer just for the PlayStation 4 release that showcased some of the gameplay and cast of characters.

“Doraemon meets Story of Seasons in this new, fresh take on farming!” states the official summary, “Japan’s adored Doraemon franchise comes to Nintendo Switch in Story of Seasons, a beloved farming simulation series lasting over 20 years. The setting is Natura, and at the center of this land is the mystical Big Tree. Doraemon and friends will each take on a role to help out around town! The theme of this experience is creating bonds with the town residents, and while doing so, enjoying the heart-warming interactions through each character and the part they play in the story.”

The game follows the Story of Seasons series, where players work on a farm, raise animals, participate in events, and make new friends. In the new game, players can explore the town of Natura, go on adventures, and catch bugs, along with other activities.

Players can use Doraemon’s various gadgets to help Noby on the farm as well.

Doraemon: Story Of Seasons is available now on PC via Steam and the Nintendo Switch. A free demo is available now for players who want to try out the farming gameplay and learn more about the story.

Doraemon is a popular Japanese series created by the Fujiko Fujio team in the late 60s and early 70s. The series began as a manga and was later adapted as an anime show. The characters are so beloved that the characters have continued to be a part of Japanese popular culture for years.

Story of Seasons is a continuation of the Bokujo Monogatari series, which was once localized by Natsume as Harvest Moon. Marvelous Game’s American publishing brand Xseed Games has now taken over and renamed the series since Natsume decided to re-release Harvest Moon as a separate series of farming sim games.

Doraemon: Story Of Seasons launches on September 4 in North America and September 9 in Europe for the PlayStation 4.

Nintendo Offers Another Free Trial Of Their Online Service, Even If You've Already Used It