Don’t Starve: Newhome Will Enter Beta In July For Both iOS and Android Fans, Explore A New Mobile Form Of The Beloved Series 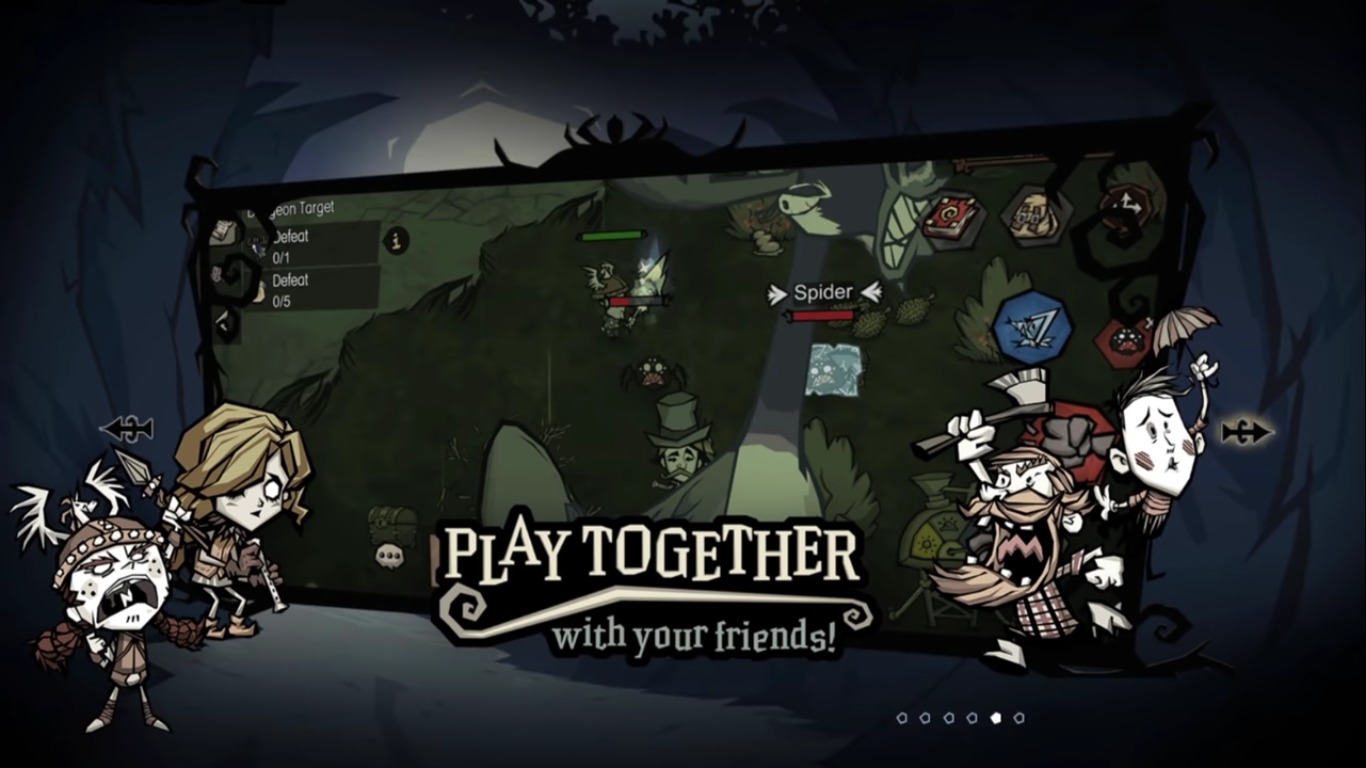 The next installment of the fascinating horror series Don’t Starve has announced its upcoming beta for mobile fans. Don’t Starve: Newhome is expected to enter beta sometime in July of this year and will offer players a mobile experience set in the same puppet-based world.

There is a different team handling this release. Rather then Klei, the game is being handled by Shengqu Games. The character, franchise name, and monster art have all been licensed from the original creatures giving fans hope that Newhome will live up to fan expectations.

Don’t Starve: Newhome will give players a chance to explore a unique story mode that is separate from the rest of the franchise. This story will take place in a similar world and will continue to take advantage of the unique art style of the entire world.

This game offers a new multiplayer feature similar to that in Don’t Starve Together. Players will have to build shelter, find food, and survive the dark nighttime in any way that they can. In this version, payers will build permanent homes within the game and can maintain a personal progression.

Throughout the world are new creatures, recipes, and crafting materials that will encourage players to explore the land. Team up with your friends and help create a shared community within the dark land.

Don’t Starve has had several powerful titles to help define their lore, world, and reason. All of the characters in the game offer unique ways to enjoy the world around them. From different races to powerful abilities players will choose their favorite and try to survive using their unique skills.

Other then a few minor changes the game should remain close to the expectations of the overall franchise. Fans will find that many of their favorite characters will be making an appearance alongside familiar enemies.

The beta is available to players who are 13 years or older and living in the US or Canada. Interested fans can apply on the game’s official website. This is a closed beta experience so not everyone will be accepted into the role.

Those who do get into the beta will be rewarded with exclusive in-game items that will be bound to their account once the full game goes live. This is a great way to define yourself within the game’s community as a dedicated beta test fan.

Don’t Starve: Newhome will be an iOS and Android exclusive title. This mobile addition to the series is sure to add a bright light in the dark world that fans love.