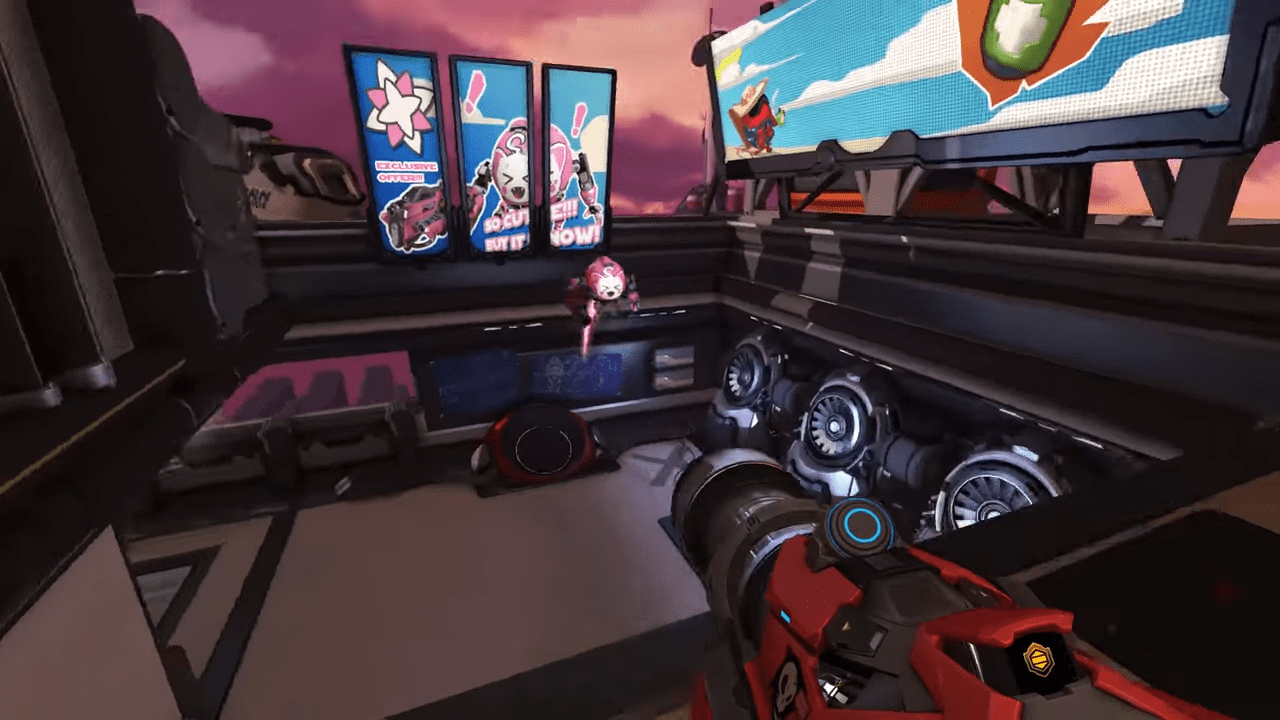 In case you haven’t heard, the title Diabotical is currently undergoing a Closed Beta.  If you’ve really been living under a rock, you might wonder what in the world Diabotical is.  You’d be excused if it’s remained off of your raider, though, as it’s coming as an Epic Games Store exclusive.

Worth noting that the development studio responsible for Diabotical, GD Studio, has faced a fair amount of backlash in regards to taking the ever-tantalizing EGS exclusivity deal; the successful Kickstarter noted that the title would be coming to Steam around the $10 mark, and is now coming to EGS as a free-to-play exclusive.  Nonetheless, GD Studio has been offering refunds to backers that feel as though they were misled, and it’s caused a fair headache for the studio’s first foray into development.

Diabotical is a blisteringly fast-paced arena-based first-person shooter.  Think of old-school Quake multiplayer, and you have the premise of Diabotical, although with the modern quirks and mechanics that many gamers enjoy in regards to arena shooters.  Fast-paced combat takes place in a multitude of levels where flick-aiming is rewarded in tandem with solid control of movement across three planes.  Think Counter-Strike’s time to kill married happily with Overwatch’s fluid movement that brings battles above, below, and next to you, and you have Diabotical.

it's that time again after going nearly undefeated last week

all you streamers and pro players can come try your luck for $100 in @Diabotical while I teach you how to you BR players how to play a real FPS pic.twitter.com/4YWAYo3tAD

Players control egg-shaped robots (fittingly called Eggbots) in a fight to the death with a multitude of weaponry across a variety of arena’s, as they cry havoc and let slip the dogs of war.  Everything that has been seen and reported thus far shows that the game has promise, although it’s admittedly difficult to get a singular control on the majority beliefs being that the title is only available on Epic Games Store, which prominently features a lack of features.

PSA: We are leaving the servers up throughout the week. Hopefully those in affected and/or quarantined regions due to #COVID19 can have another game to play. We'll be sending daily beta keys through our sign-up list at https://t.co/HC7pmT1F7z, so go get yours. Stay safe everyone!

During the Closed Beta, Diabotical has three game modes available to play; Wipeout, Wee-bow Instagib, and 1v1/2v2 game modes, along with custom game modes that can be created to fit a user’s specific tastes.

Wipeout is a classic battle of attrition as you murder your opponents until they run out of spawn ticks, Wee-bow features stylish jumps along with crossbow instant-kills, and the Arena model is self-explanatory; a no-frills battle to the death, pitting your skills against another.

With four weekends scheduled to occur this month, we’re at the close of weekend three that is slated to run from March 13 until March 15.  That is, we were, before GD Studio has announced that they’re going to keep the Closed Beta servers open this week to help alleviate possible boredom by users that are stuck by COVID19 throwing a wrench into literally everything that people look forward to.

It’s joyous news to those that already have access to the Closed Beta, but it might be worth noting even if you don’t; GD Studio is still taking Closed Beta applicants on their website.  If old-school Quake was your bread and butter, and you’re ready to experience a new adventure into the world of competitive first-person shooters, you might as well press your luck and see if you get selected for the Beta.  Worst they can say is no, right?

Oct 8, 2020 Chris Miller 30820
There's very little that is more pleasing than watching cheaters deal with the repercussions of their actions as inevitably, the system will catch up...

Sep 22, 2020 Chris Miller 9210
We can readily file this one under controversial: Valorant professionals have begun taking to Twitter to air their grievances regarding the newest...

Aug 29, 2020 Chris Miller 10812
Shooter titles are, frankly speaking, a dime a dozen on PC at the moment as they all attempt to get a stranglehold onto a loyal player base. The...