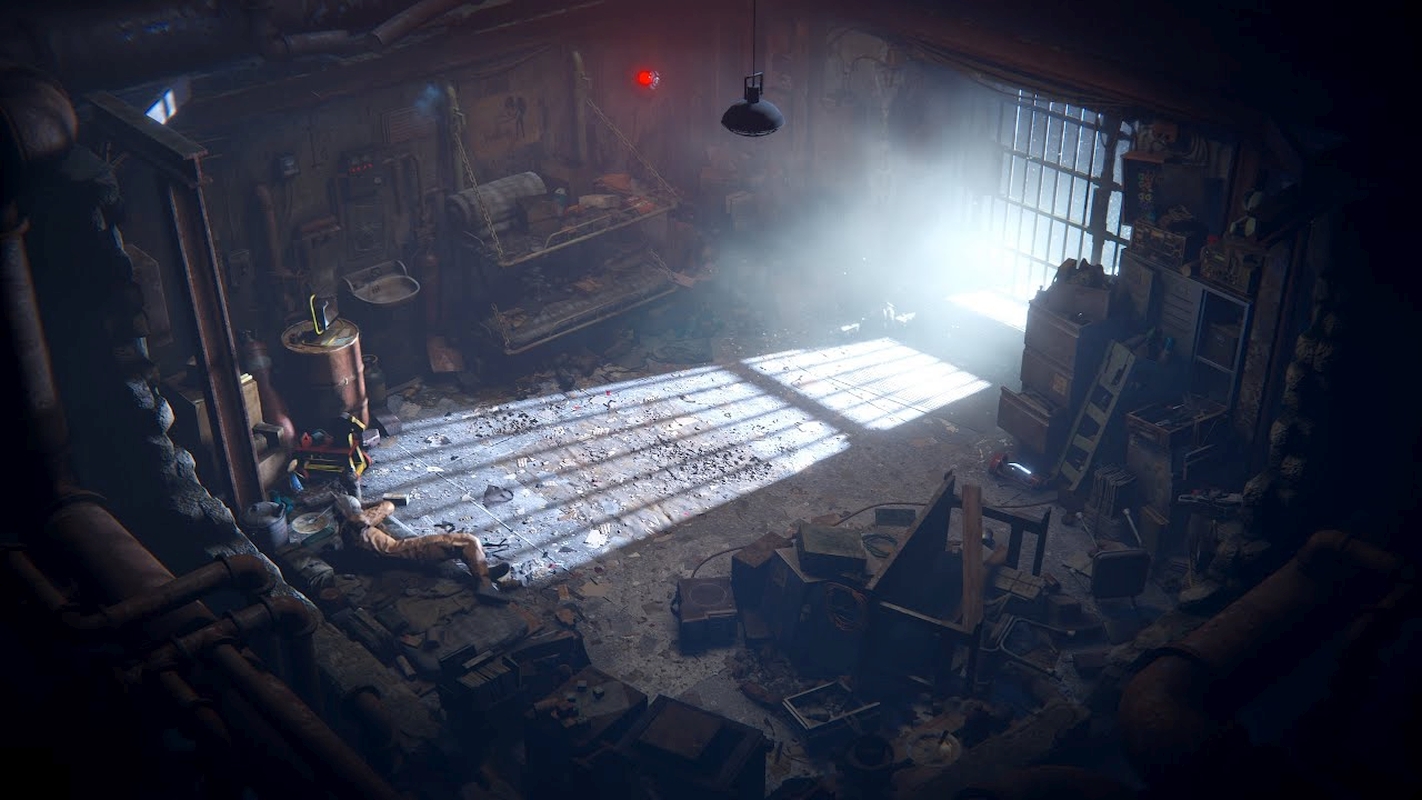 Utopia Games has its first demo up on Steam for Utopia Syndrome, an upcoming Sci-Fi horror game. The game is a series of short stories with various horror themes. The first part of the multi-story project is called Wake Up.

In Wake Up, the protagonist, Anhel, wakes up inside of a dark prison cell without any knowledge of how he got there or why he’s been captured. Anhel spots a broken mirror and looks to see if he’s injured. Anhel is shocked when he sees his face is disfigured and he doesn’t know how it happened. The only thing Anhel does know is his name. Inside of the jail cell, Anhel finds a note written by a girl named Mia. The note warns anyone who reads it that evil is stalking the corridors of the bunker.

Anhel has to figure out how to escape the cell, which only leads him deeper within the bunker. Around him are the remains of a massacre, but no corpses are left. As Anhel ventures around the bunker, he begins to have visions. With these visions and the messages left within the bunker, Anhel has to put the pieces together to learn what happened.

Within the bunker are puzzles, clues, items to add to Anhel’s inventory, notes, and audio messages. The messages left behind are important for understanding the story.

The game has classic point-and-click gameplay for an immersive experience. The game screenshots don’t have any UI except for points of interest. Players can choose from a top-down or third-person view, depending on their playstyle.

The bunker has a realistic setting coupled with a modern setting, visual effects, and real-time lighting. There’s plenty of wreckage to sort through along with realistic environmental sounds.

Players can test the demo before the full game is released. There is currently no scheduled release date, but players can add the game to their wishlists now.

Little information has been released regarding the other horror tales that will be released in Utopia Syndrome. The stories may be released one at a time or in a complete series. As for now, players can try out the first demo to test out the series.

The developer has requested that anyone who plays the demo provides the team with their feedback and suggestions. Any input will be used to polish up the game.

The Utopia Syndrome – Wake Up demo is available now on Steam.

Aug 19, 2022 Tom Lee 160
The first-person shooter era was a favorite among many older players, especially those who played on PC. FPS games like Quake and Doom were...