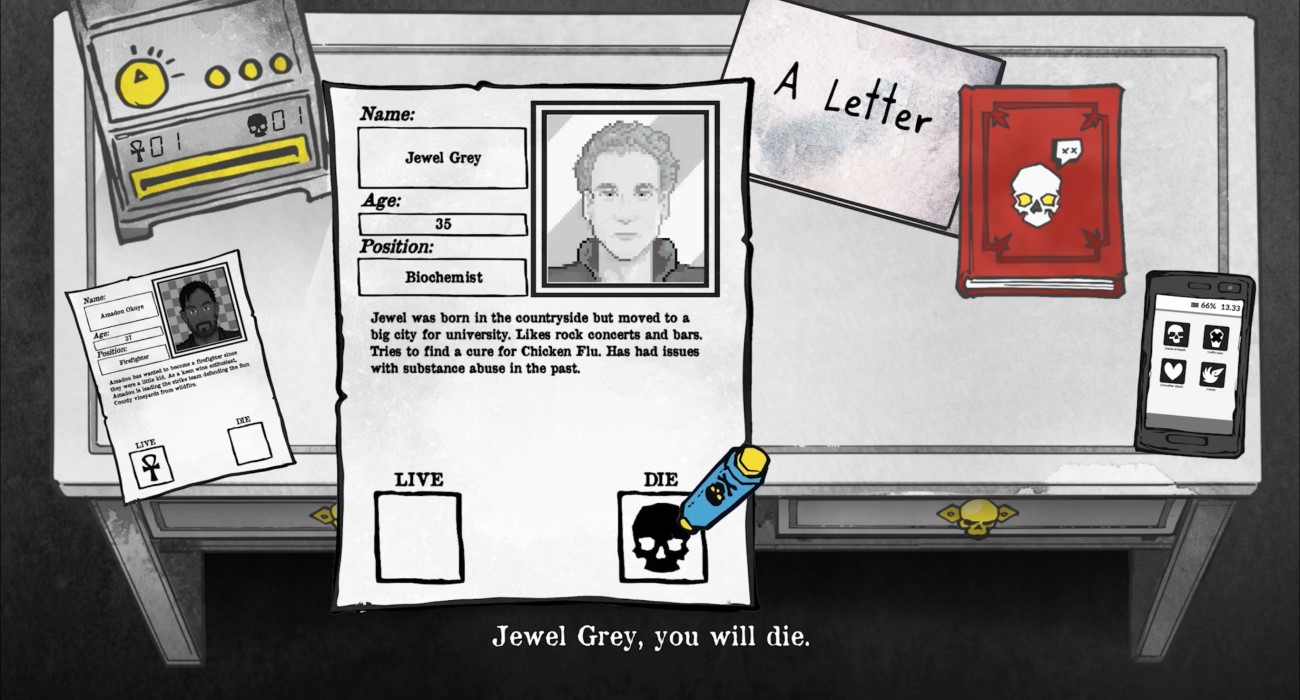 As you grow up, more and more people tell you the all-too common saying: Death and taxes are always things you can count on in life. You’ve probably heard this saying hundreds of times, in fact. Well, it’s a saying that certainly rings true. But what if a video game took this saying and make it its entire premise? That’s what we have here with Death and Taxes, a narrative-based indie title from Placeholder Gameworks.

The game puts you in the seat of the infamous Grim Reaper. That’s right. You’ll get to decide who lives and who dies, only, there is a lot of paperwork involved. It’s a particularly interesting concept with a humorous tone to it. Normally, we think of the Grim Reaper as a menacing entity — who’s only goal is to come creeping around when death is imminent. That’s not what we have here.

Rather, you as the Grim Reaper get to be a little more bureaucratic. It’s like a 9-5 position that involves a lot of mundane tasks and constant monitoring from the higher-ups. It’s a different type of game and despite its simpler nature, it’s a fun time from start to finish.

There are all sorts of tasks you’ll complete as the dealer of death, such as completing piles and piles of paperwork, decorating your desk, and even petting a cat. That’s right. You can spend your days getting things done around the office and having some fun with a furry creature. The developer certainly nailed the funny themes and the visuals. The hand-drawn graphics really make this title stand out right when you start playing.

Not only are the tasks surprisingly fun to execute, but you’ll have a bevy of NPCs to interact with. Hearing their life stories and figuring out how to respond all feels important, as your actions will dictate how this game plays out. There are plenty of dialogue options as well, which is always what you want in any type of narrative- based experience.

The game is currently set to release in February, but there is a demo that’s completely free on the Itch.io platform. It’s certainly worth checking out if you want to see a different take on the Grim Reaper. Death and Taxes has so much charm and a lot of personality. You’ll have fun whether you’re contemplating life and death or just trying to get some work done without being chewed out by your boss. 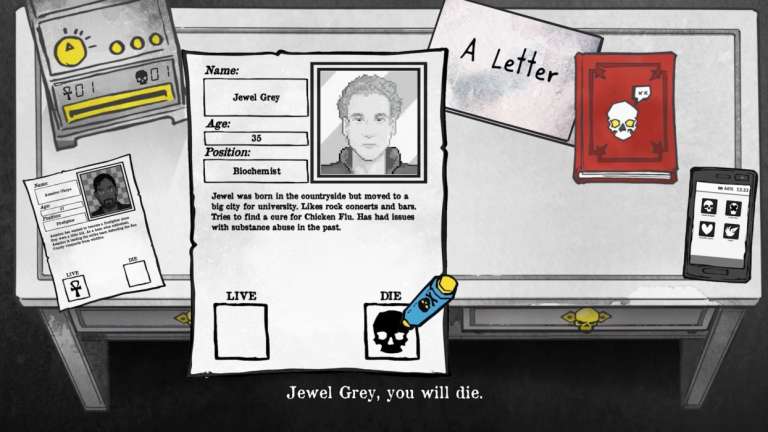 Jan 20, 2020 Jeremy Green 10430
As you grow up, more and more people tell you the all-too common saying: Death and taxes are always things you can count on in life. You've probably...