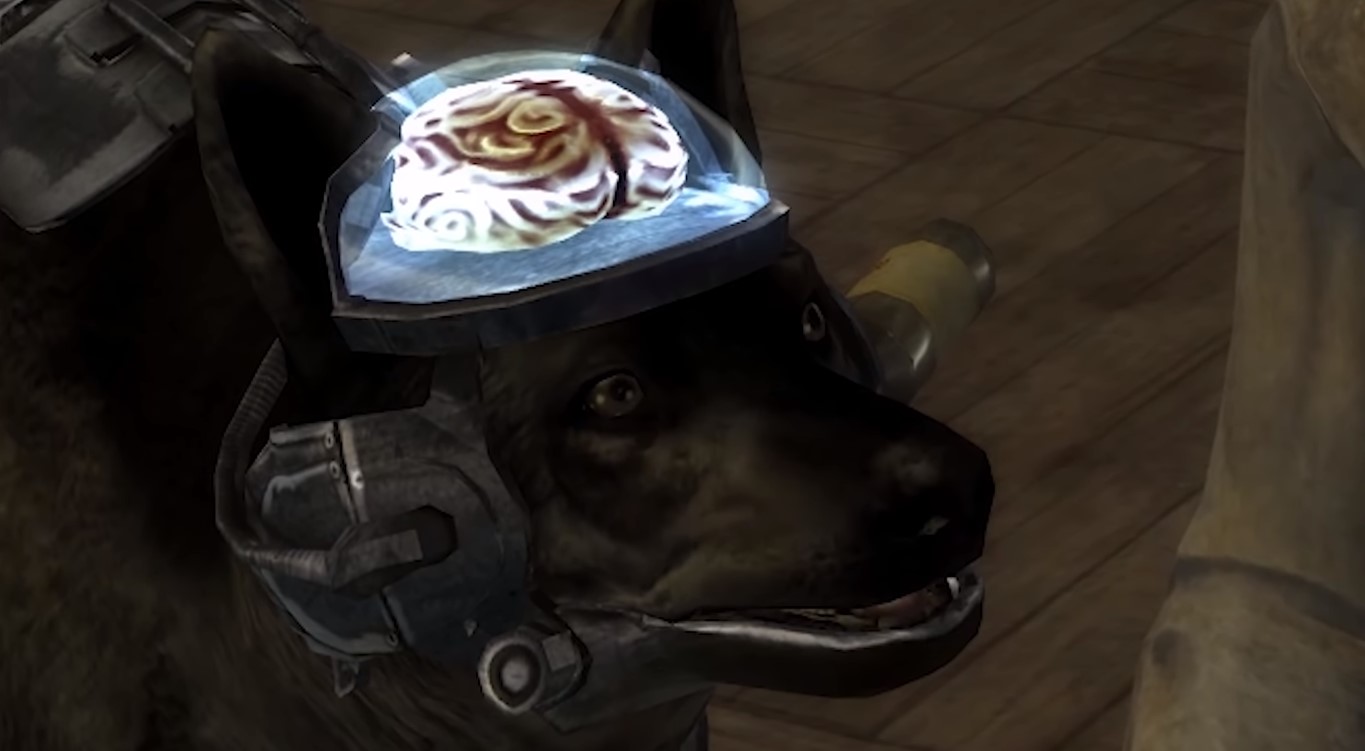 The ability to pet a dog is apparently a very big deal in the gaming community. There’s even a whole Twitter page dedicated to it titled, what else, Can You Pet the Dog?

The Twitter administrators source out video games and share scenes to followers where dogs have been a “good boy!”

Fallout 4, unfortunately, has no such feature. It is in this context that Sagittarius22 created the Pet Any Dog mod and uploaded it to the Nexus website. By installing the mod, it will allow Fallout 4 players to pet any neutral dog in the game.

They only need to have Rank 1 of an Animal Friend to do so.

There are some conditions, however, before you can pet any dog.

Also, your fists should not be at a ready mode, which shows you are prepared for combat.

If those conditions are not met, the dog will think you are hostile and will either flee or attack you.

You can either be standing or crouching to pet a dog. The mod will automatically be activated when you meet the above conditions. You don’t have to do anything extra.

Another popular game, Red Dead Redemption 2, also received an update that will allow you to pet a dog. While this was already existing even before the update, you can only pet a dog in the story mode.

Following an update, you can now pet the dog in Red Dead Online pic.twitter.com/8e8l9n93eP

This update was part of the Frontier Pursuits, which went live on Sept. 11, 2019. The DLC gives players a choice to pick whether they want to be a bounty hunter, collector, or trader.

You can also pet a dog in Assassin’s Creed Liberation. In the game, Edward Kenway adopted a dog, an Irish wolfhound, after his retirement. He named his pet Thatch, after his pirate friend who was killed in the assault on his mansion.

Fallout 4 is a critically acclaimed post-apocalyptic survival game. It has received more than 200 awards, including Game of the Year honors from BAFTA and DICE. In the game, you will play the lone survivor of Vault 111. The world is on a long nuclear winter, and resources are scarce, so use your wits and brawns to survive. The future of the Wasteland will depend on you.

There Are Some Ridiculously Great Loot Spots In Borderlands 3; Use Them Before They're Gone