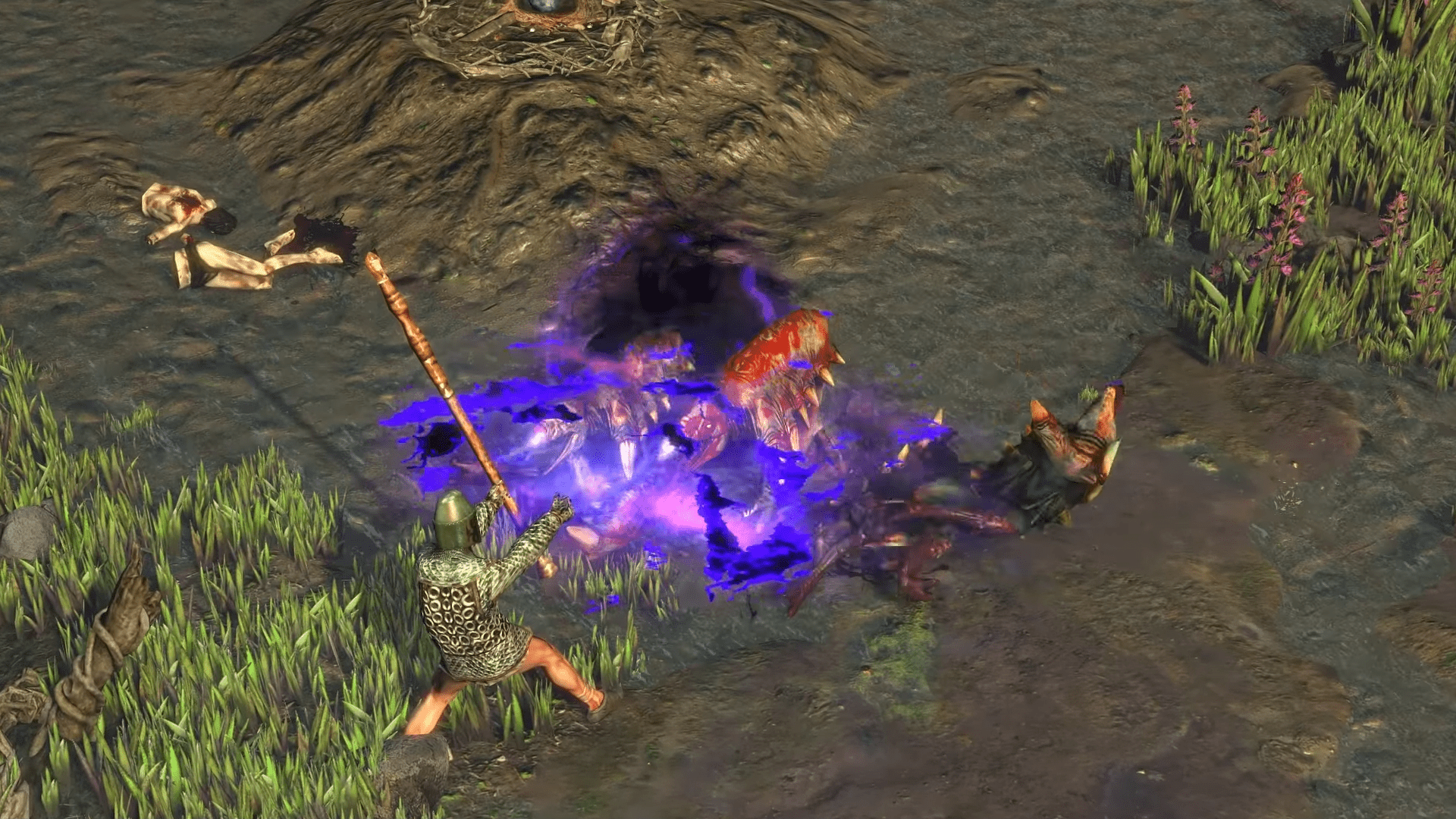 Path of Exile is known for bringing unique ideas and twists every season; sometimes they work out poorly, and the ideas are ultimately scrapped.  Other times, the concept driving the league shows to have further merit, and it is added in some form to the core Path of Exile experience.  This constant league development, and their occasional induction into the core gameplay, keeps fresh content coming to players while offering more gameplay variety.

Their current league is Blight and focuses on a tower defense style objective appearing as you explore Wraeclast.  With various towers that you can build along the roots of the blight, and plodding enemies traveling said roots to stop the purification process.  It’s an enjoyable diversion that allows you to really flex your mass-murder capabilities, and the event hasn’t been stingy with loot either.

With the Blight Challenge League ending in a couple of weeks, you are probably wondering what is going to happen with the Blight integration into core. As usual, we have written a manifesto that outlines our plans regarding this league. https://t.co/FEaR7hTdwe pic.twitter.com/n8xKwbbdm8

Grinding Gear Games, Path of Exile‘s developer, reported that there have been minor complaints about the league, yet nowhere near the amount received for Synthesis or Bestiary leagues.  Thus, they’re wrapping Blight into the main game experience, although you won’t be finding Blight’s throughout your journey in Wraeclast.

Instead, Blight’s are being moved to the end-game mapping experience, with a 10% chance for Blight encounters of map areas you encounter, with each Blight encounter dropping either an oil (which is added to your already bulging personal phylactery) of a Blighted Map.

A complaint that they heard often was that Blight events were far too simple for end-game content.  When builds are crafted for the purpose of clearing massive swaths of super-charged enemies from whatever twisted dimension they hail from, as fast as humanly possible, there simply isn’t room for trudging enemies walking in a line.  With end-game characters, Blight’s are barely a smidgeon of content that consists of standing there while your AoE’s do all the work.

Grinding Gear Games assures everyone that this has been altered for their inclusion into mapping, along with the 3.9 Conquerors of the Atlas that has also been reported to increase end-game difficulty.

This brings consternation in regards to the next league, Metamorph, at least in regards to how builds are typically created.  The Metamorph league doesn’t feature large hordes of enemies; it finds players constructing their own unique, shape-shifting boss that they’ll have to fight one-on-one.

Where many Path of Exile league builds do well against hordes, they empirically suffer on one-on-one fights, making builds that excel at high single-target-DPS a rarity across forums.  The next league will inevitably shake things up, as they’re ought to do, making it a very exciting time to be a Path of Exile player.