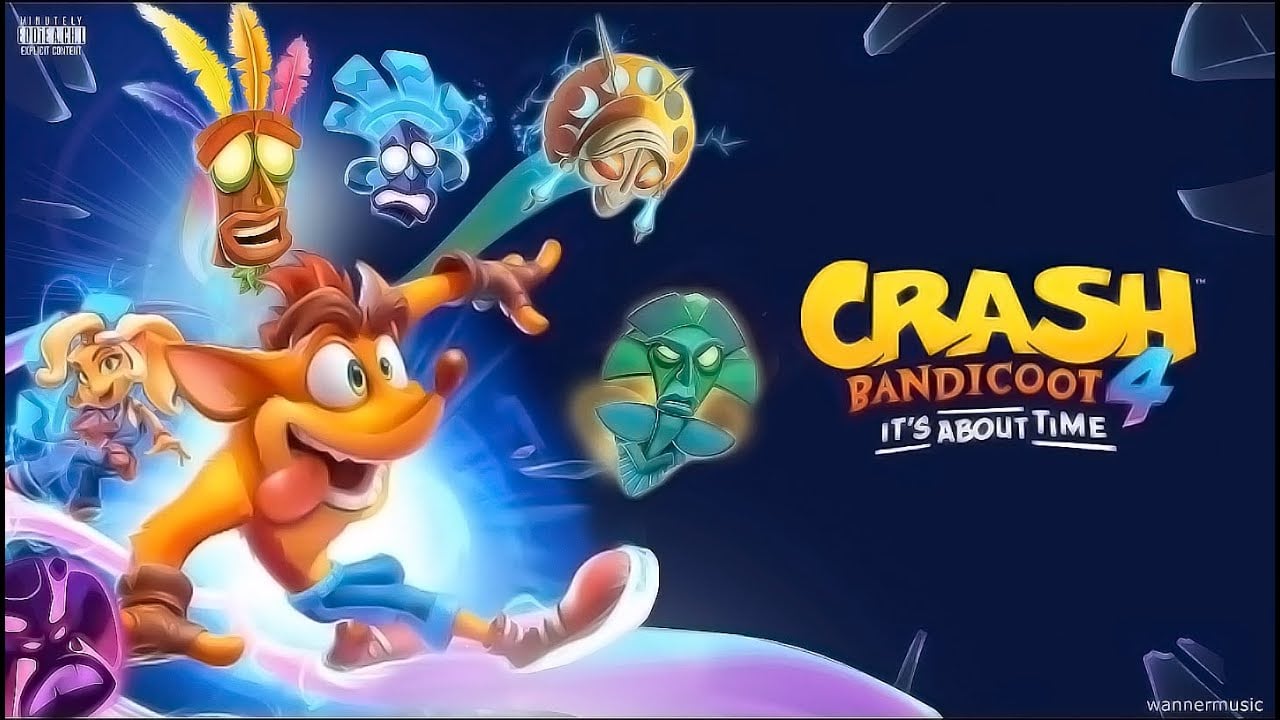 Tomorrow morning, June 22, Crash Bandicoot 4: It’s About Time will be revealed by Activision during the Summer Games Fest showcase, as the game’s official social media accounts confirmed that its first trailer will drop on Monday at 11 AM Eastern, 8 AM Pacific.

The post promoting the game’s official reveal, which can be seen below with a brief teaser, promised that the official news will be greater than the leaks that surfaced earlier this week.

Most expected to see the fourth installment of Crash Bandicoot get revealed during Monday’s Summer Games Fest showcase after the game’s cover art and a few screenshots were leaked online, so the news didn’t catch many by surprise.

The leaked screenshots revealed that, in addition to playing as Crash Bandicoot, players will also take control of Coco and Crash’s longtime nemesis Dr. Cortex. Also, the leaks revealed the game’s release date, which, barring any delays, will be October 9.

Crash Bandicoot 4 is being developed by Toys for Bob, who helped develop the N’Sane Trilogy, Spyro’s Reignited Trilogy, and several of the Skylanders games.

There’s a good chance that the next Crash Bandicoot game will be a bit of a departure from the original trilogy, meaning that, unlike with the first three games, it won’t be a platformer. However, even if it departs from the platforming genre, it’ll still feature elements of the first three games.

Crash Bandicoot 4: It’s About Time will be the first numbered title in the series since 1998’s Warped. Of course, there have been other entries since then, but none of them reached the status of the original trilogy. Thankfully, 2017’s N’Sane Trilogy revived the long-dead franchise, and come October, we’ll see if the fourth game can keep the franchise going, or if it’ll kill it for good.

Before the game was leaked online, most predicted that we were going to see a fourth main game get made, as the N’Sane Trilogy was an overwhelming success for Activision. Also, it looks like Crash Team Racing, which was also recently revived thanks to last year’s Nitro-Fueled, a remake of the original game, is going to get another entry as well. However, as of right now, that hasn’t been confirmed.

Last year, The Gaming Revolution, who is generally a reliable source of information when it comes to leaks, was told that Activision is developing a Crash Bandicoot multiplayer game, which he believes will be the next Crash Team Racing title.

But for now, all that’s confirmed is Crash Bandicoot 4, which will be revealed tomorrow morning.

Supernatural Gifts: Gifts From The Gods To Help You Accomplish Your Goals And Fulfill Your Destiny In Mythic Odysseys Of Theros (Part 1)