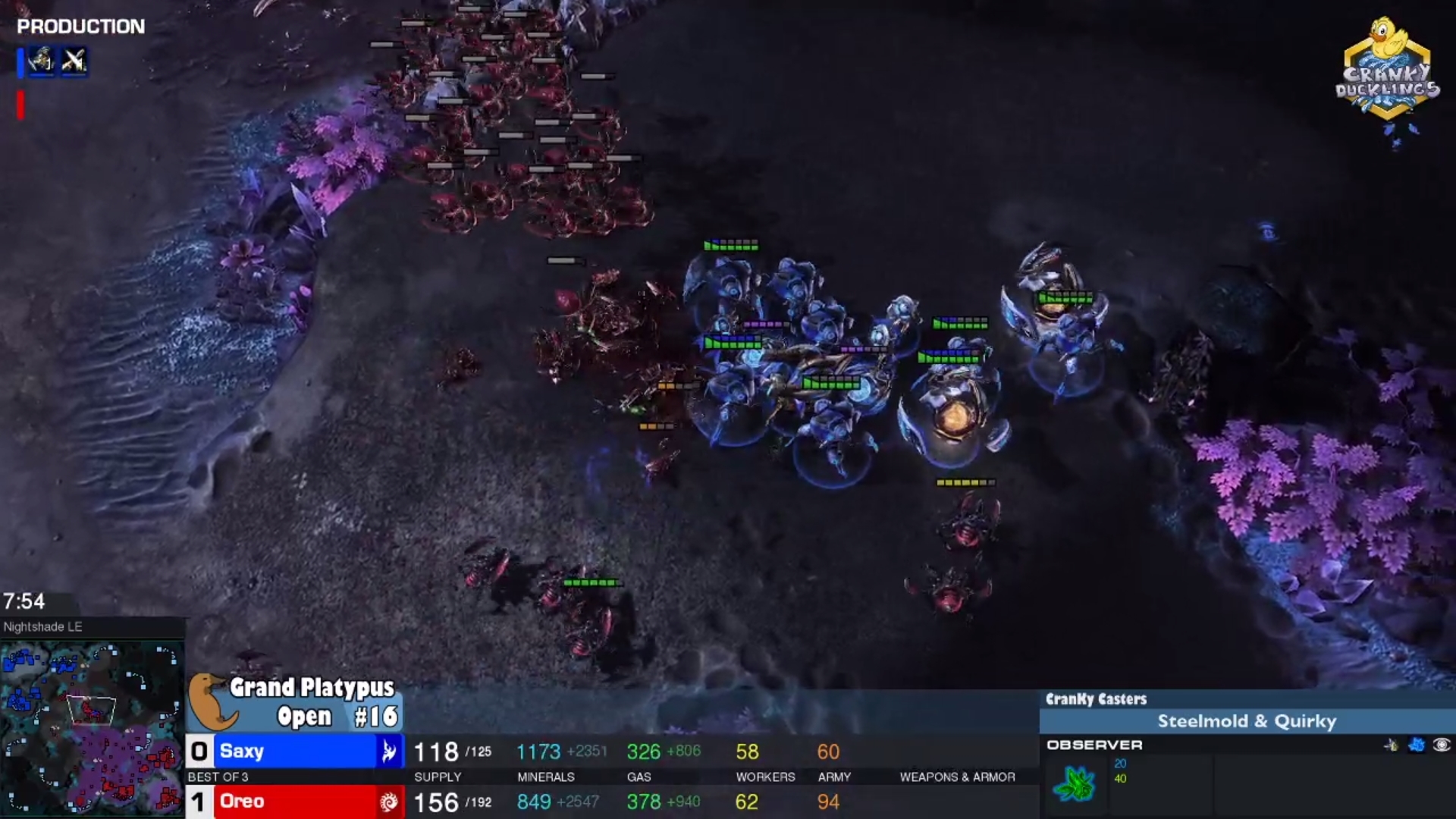 StarCraft II’s esports scene continues to flourish, with a massive thanks to the indie fans that are driven by their passion for the gaming community. Cranky Ducklings have continued their weekly tournament, Grand Platypus Open, with their sixteenth tournament in the series.

It’s an open tournament, but competition is tough. Fans of StarCraft II esports will see a handful of familiar faces, especially among Zerg main MeomaikA and Terran main Azure. The roster in full is as follows:

The split-up of players ends up being three Terran, three Protoss, and six Zerg. With Zerg players making up half the tournament pool, there’s a high chance of some fantastic Zerg-vs-Zerg matches.

You can support our tournament through @matcherino_ – using code "GPO16" https://t.co/wkNyUpCHUQ

Grand Platypus Open operates on a Best-of-three basis until the finals, switching then to best-of-five. If less than twelve players decide to take part in the tournament then the format is eligible to change to double elimination, but there are enough players to avoid that.

In terms of a prize pool, there’s a base monetary prize that gets bolstered by additional Matcherino contributors. The top four players also receive bonus OSC points equal to 1/4th of the number of tournament participants, though only the top two players receive a monetary prize.

The maps include the LE variants of Ephemeron, Eternal Empire, Nightshade, Simulacrum, Triton, World of Sleepers, and Zen. The first map of the series will be listed on top of the bracket, but the next map is picked by the loser of the previous game.

The Grand Platypus Open tournaments are dedicated to players from the SEA and OCE regions, including players from Australia, Hong Kong, Vietnam, and many more countries. This helps to shine a light on players that may at other times be a bit overshadowed by the dominant players from North America, Korea, and China.

Blizzard hasn’t been in a solid light lately, especially given the nightmarish launch of their remake of Warcraft III, titled Warcraft III: Reforged. Bad publicity such as this has a tendency to make people ignore the rest of the good going on in the other scenes. Thankfully, the StarCraft II esports scene has been flourishing lately, with a recent deal reorganizing their primary tournament format. Cranky Ducklings will be taking care of the coverage and organization for this tournament, though, so make sure that you tune in to watch and support!