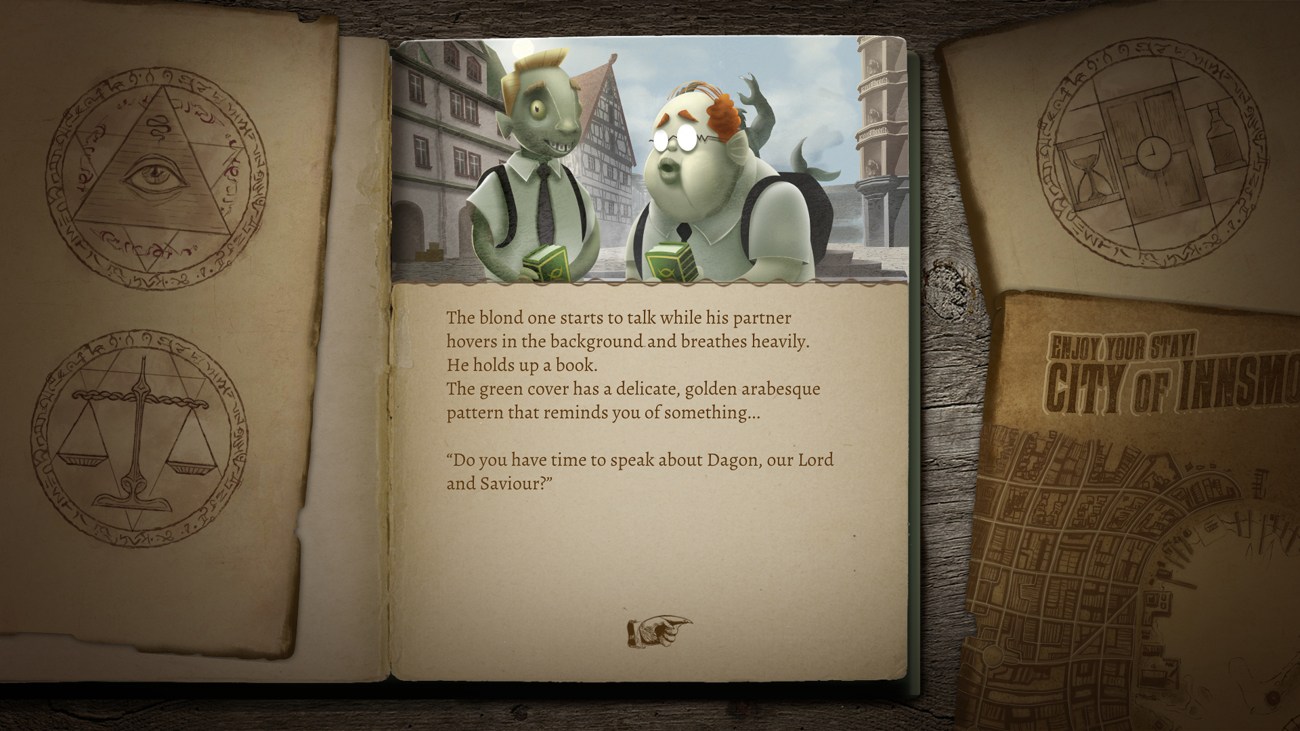 Assemble Entertainment and developer Robot Pumpkin Games have announced a new choose-your-own-adventure title set in the Lovecraftian universe. The game takes players to one of the more interesting locations of the universe, placing players in the small fishing village of Innsmouth.

The game is scheduled for Spring 2020 and is planned to be released on PC, Mac, iOS, and Android devices. The Innsmouth Case is a truly fantastical journey into one of the more strange and slimy locations from the Lovecraftian universe. Players are sure to find a pleasant mix of horror and humor mixed into the text-adventure game. This is a great chance to get a good taste of the Lovecraftian world in a small package.

We can now proudly announce the upcoming chose-your-own adventure "The Innsmouth Case", inspired by H.P Lovecraft for PC, Mac, iOS and Android!

The game will be released in Q2 and can already be wishlisted on @Steam: https://t.co/FFiDdFPwBB#AssembleTeam #hplovecraft #lovecraft pic.twitter.com/Qr7efZM2t3

There is a case to be solved after the disappearance of little Tabitha Marsh. The village of Innsmouth searched for the best and brightest detective, but after being turned down, they have instead turned to the player. This is a challenging case of a missing girl, a desperate mother, and a mystical location as you travel to the remote fishing village of Innsmouth, where nothing is what it appears.

The game plays as an interactive book that mixes together offbeat weird humor with a classic horror atmosphere. As players make decisions within the world, they will find that every choice has an effect on the overall story. There are 27 possible endings within the game, and it is up to you which one you unveil.

It is the 21rst century, and Innsmouth is as spooky and strange as ever. There are over 20 residents ready to talk, lie, and scare you with their own details of the disappearance of Tabitha Marsh. Put together the random string of clues and find the truth of what happened to the darling little girl.

This truly is a first of its kind game from the way they present clues to the literal storybook graphics within. The art is gorgeous, and the entire game is filled with a sense of mystery and wonder. The only thing lacking, at least from the early images on Steam, is the quality of the writing.

It goes from immersive to childish within seconds, adding almost forced comedic reactions. The writing seems to want to push the mystery while still maintaining an open mindset, whether or not this style pays off is unknown, but it is sure to be an enjoyable game no matter the case.

Players will find the game available on Steam, iOS, and Android stores in the second quarter of 2020.