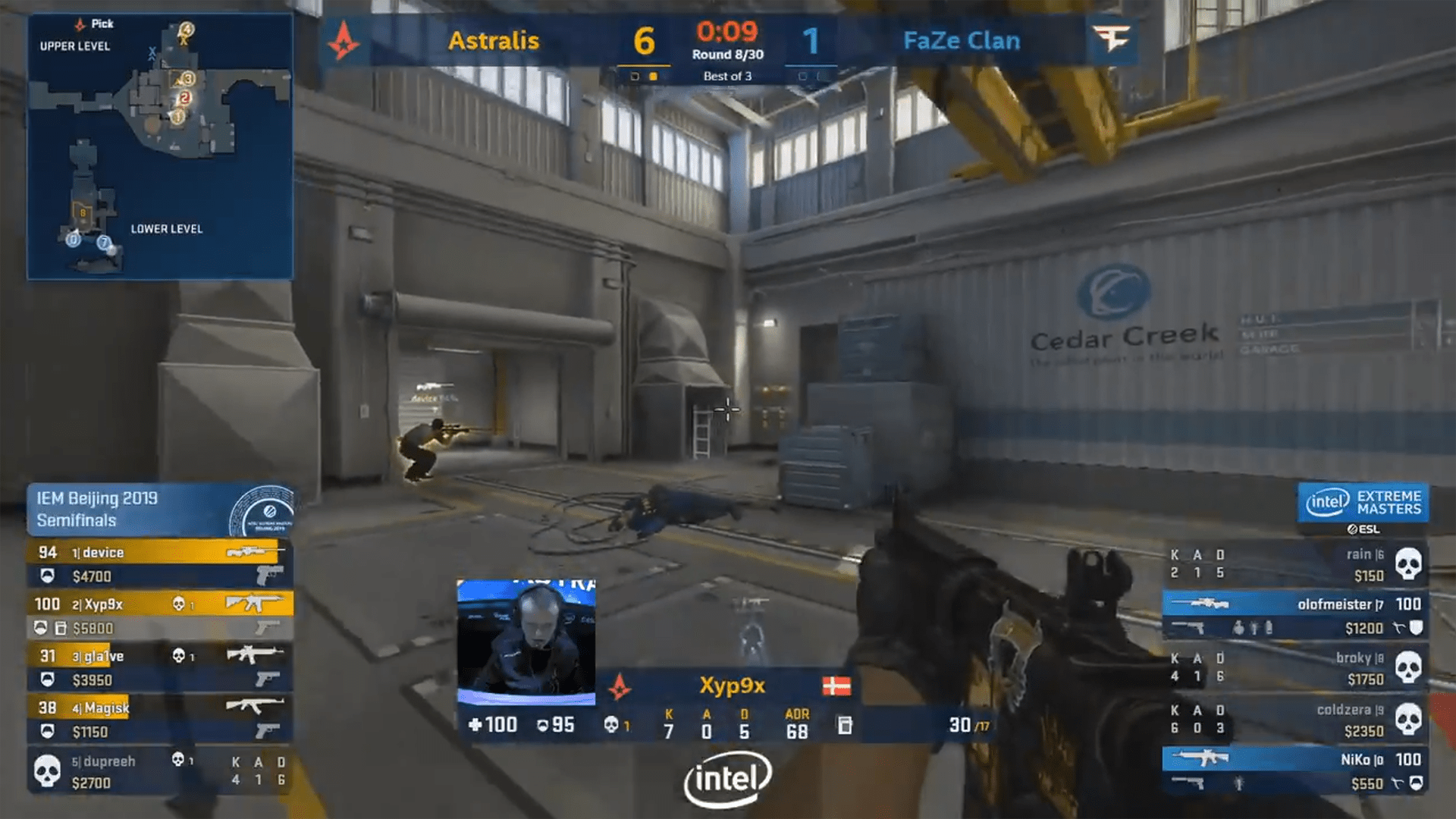 The Counter-Strike IEM Beijing 2019 Finals are tomorrow, and the two teams have been decided early this morning.  100 Thieves won a hard-fought battle across three maps to emerge victorious against the French Vitality, and Astralis absolutely obliterated FaZe, with FaZe grabbing a total of two rounds across two maps.

The Grand Final will be held Sunday in a ‘best of five’ format with maps being selected from the current active duty pool.  100 Thieves are definitely punching well-above their weight class against Astralis, which currently looks refined to the point of pristine.  If this Final goes the distance of five maps, the Counter-Strike world would be absolutely shaken, and statistics would cease to have any point in this reality.

Yet it is Counter-Strike, which is celebrating its 20th anniversary, and absolutely anything could happen.  So there’s a chance.

We now have both of our grand finalists 🏆@astralisgg will take on @100Thieves tomorrow to see who will become the champions of #IEM Beijing 2019 pic.twitter.com/vB5jcgXLoM

100 Thieves gained a new nickname this morning, the ‘100 Kriegs’; often they would run full SG set-ups on T side, and somehow they made it work.  While it’s clear that 100 Thieves is punching up in regards to weight class, there’s a possibility of them succeeding tomorrow morning.

‘Gratisfaction’ has had notably poor performances recently, often losing duels with the sniper at the beginning of the round.  The sniper is entering tomorrow’s match with an average of .63 kills per round, and .64 deaths per round.  A far cry from the 2018 version that we’ve seen, ‘Gratisfaction’ must display patience and wait for his team to relay critical information.  The heads-up duel must become winnable, and Astralis has impeccable snipers to unrelentingly punish if he cannot.

Both 100 Thieves players ‘jks’ and ‘jkaem’ had impeccable plays today against Vitality, and their ability to singularly anchor an off-bombsite while maintaining a threatening stance is critical for their match-up tomorrow.  If Astralis happen to flood one of their anchors and aren’t punished for it immediately, 100 Thieves have very little chance in stopping the impeccable play that is current Astralis.

100 Thieves must also look for Astralis’ fast positioning into advantageous sightlines; they can review the tape of Astralis shattering FaZe in two maps, and see how Astralis positioning gives them the advantage prior to the fight beginning.  Flashing these spots and then aggressively taking them will be vital.

Over to you @100Thieves… 😬#IEM pic.twitter.com/lJpDdDs8V2

Just the name Astralis is near-synonymous with flawless Counter-Strike at this point.  The Danish team has held their peak in global ranks for an astounding 89 weeks, and only occasionally stumble to the dismay of Danes everywhere.  Their play today against FaZe consistently showed great positioning, with one player able to shut down entire routes for FaZe.  This jockeying for position that people like to refer to as the ‘chess stage’ of play constantly puts them at an advantage prior to the first bullet of a round being fired.  They must maintain this relative advantage, and rush the positions before 100 Thieves can counter.

If both teams play tomorrow how they played today, Astralis will win in a landslide.  The current odds favor Astralis 1.15/6.05, and most are inclined to agree with those odds.  Yet 100 Thieves have an opportunity to see precisely what Astralis has done in the tournament so far, and that may just give them an advantage.