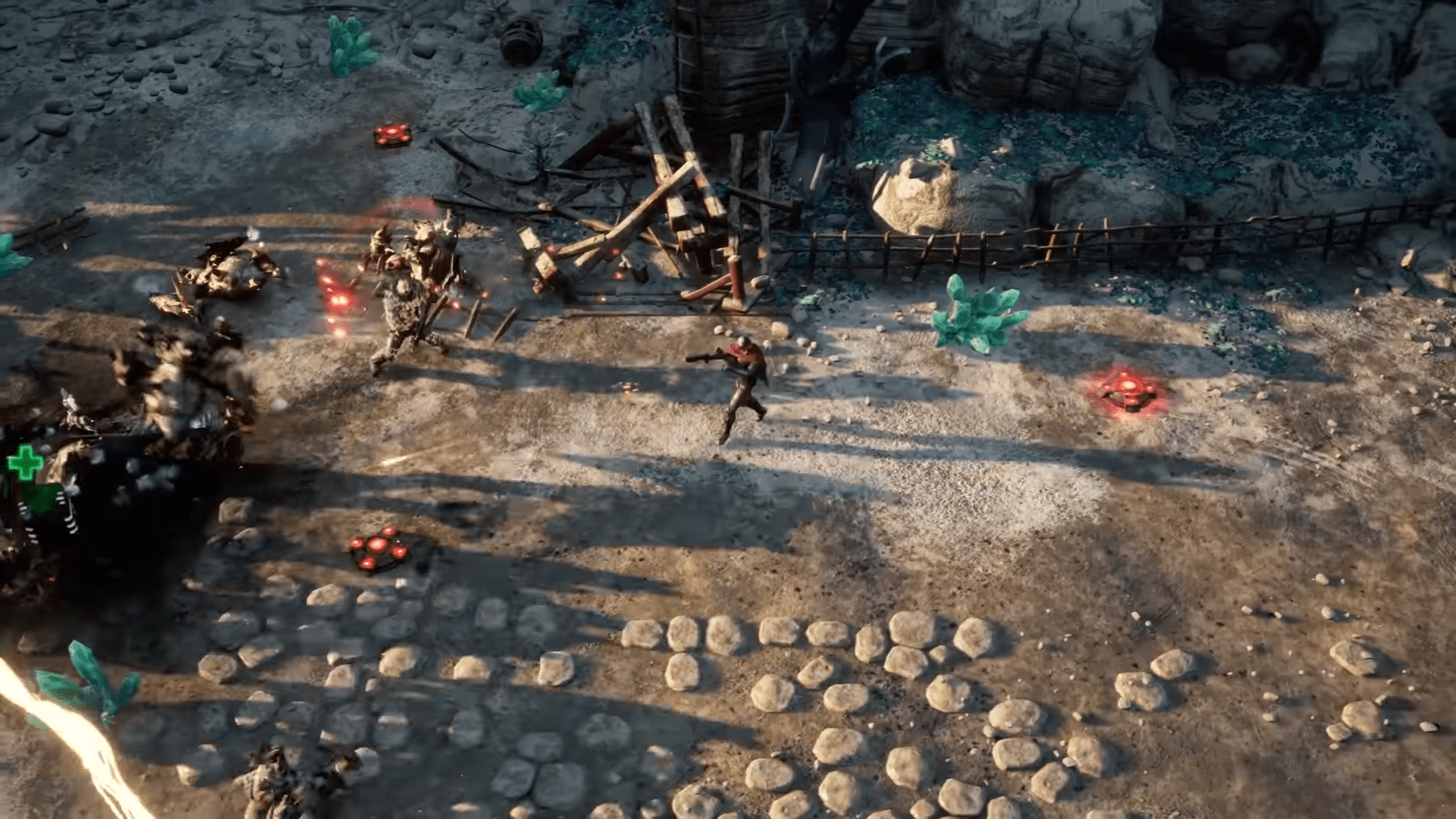 The isometric cooperative game Killsquad is part of Steam platform’s newest Weekend Deal, which may not excite some.  Killsquad is relatively new to Steam, joining their Early Access program July 16th, to middling success.  In development by dev team Novarama, the title desperately needs an uptick of positive reviews if the title has any hope for a future on the PC platform, and beyond.  Yet it’s worth noting that, as an Early Access title, they are continuing to work on the game to achieve their vision.

Yet with Early Access titles, we typically expect a plethora of bugs, odd abilities, and befuddling UI, and perhaps limited content.  Gamers’ current primary gripes with Killsquad is that it simply feels like a chore to play in the end; the heroes feel fantastic, their abilities are dynamic and interesting, and it all comes together pretty well.

Until you try to play solo, that is.

Getting knocked down by a singular enemy result in you losing the entirety of progress of the past half hour, and you’re left frustrated.  One would expect that the simple fix is to online play online, yet the net code has difficulty registering hits, managing entity locations, and spawning enemies as well.  A title that one should apparently avoid if there local ISP isn’t up to snuff.

Yet looking beyond the complaints, the issues, and the god-forsaken grind-fest, and you can see that there’s a game there, not entirely unlike HELLDIVERS in action and execution, although the levels are infinitely longer.

Combat has a solid feel, where there is actual weight behind your actions and abilities as you take your bounty-hunter to the far reaches of space.  The graphics are beautiful on higher settings and does a fantastic job of pulling the gamer into immersive battle.  The currently selectable four heroes offer an admittedly mediocre variety of styles, although the developers promise more on the horizon as they continue to plug away at adding content to the game.

There could very well be something on the horizon for Killsquad, and I can’t help but feel as though them opting to not make the game temporarily free for the weekend, in addition to a discount, is proverbially shooting themselves in the foot.  As Kraken Unleashed, the developer of recently released Crossroads Inn, found out the hard way, mediocre Steam reviews can stifle a title on Valve’s vast platform before the ink has dried on a check; moving that review from ‘mixed’ to ‘mostly positive’ will be a decidedly massive success.

Yet with the current price of admission being $17.49 to even look and see if the reviews are merited or not, Novarama may find themselves in an uphill battle.