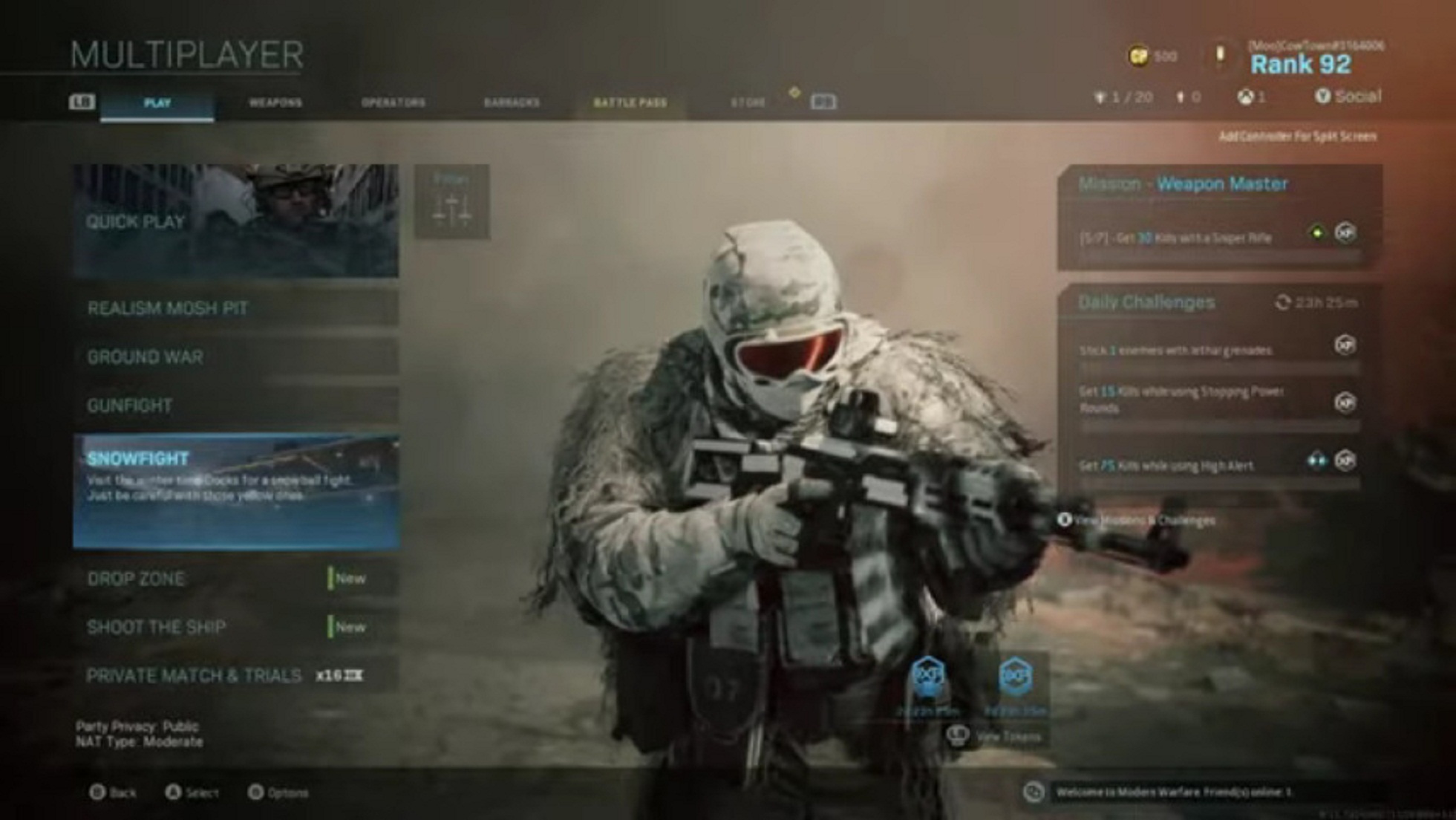 A new update was launched yesterday for Call of Duty: Modern Warfare, which introduced a mode just for the Christmas season with newly added content. This new time-constricted mode is titled ‘Snowfight,’ a new Gunfight mode available along with a Holiday-themed map, Winter Docks.

With the current Holiday-themed map Winter Docks, co-op with a partner and enjoy a classic snowball fight in this new game mode, Snowfight. The catch here is players would only be able to use snowballs instead of the standard stellar weapons to eliminate threats.

The update also brings Drop Zone for the standard multiplayer, which has its distinctive objective that comes with goodies for players more the standard mode for the aim. In this mode, the only way to earn Killstreaks is by making sure the Care Package delivered to your location is held in custody.

Also, a new feature bundle was released, titled, ‘the Mad Chemist.’ This new feature has a somewhat aggressive look with a mask-ready for an experiment that went AWOL. The bundle consists of two-tier skips, the ‘Moral Argument’ weapon roadmap, a legendary handgun weapon blueprint, the ‘Volatile,’ the ‘Final Countdown,’ and much more. To see the whole goods in the store this week, go to the store now!

Also, in the ongoing celebration, the Modern Warfare style, global Double XP and Double Tier earn rate has been available since yesterday till December 27th. Watch out for a tiered sale in the following days. So players can accelerate their tier progression until December 27th at 10 AM PT exact. For those looking to make further progress on the Battle Pass, there will be a tier for sale.

What other update is being made to Call of Duty for this Christmas?
General Update:
• The bug where players find it difficult to swap Field Upgrades Pro
• Players can now launch on specific Trials
• Fixed a bug where Care Packages had a high chance of falling through the roof of several buildings in Port
• The typical Friend Request and Party Invite Notifications option will be active by default. However, players can choose to make inactive through their Account tab of the Options menu.

Audio Section Update
• The occlusion for footsteps are now high
• The audible range of 3rd person footsteps are now low
• The foley sounds that played at a broader scope than steps when crouching or doing ADS is now adjusted.

Special Section Update
• The faulty rank up User Interface now fixed
• Players now get rewards for completing an operation in the playlist menu.

For those who haven’t bought Call of Duty: Modern Warfare, they are available on PlayStation 4, Xbox One, and PC.