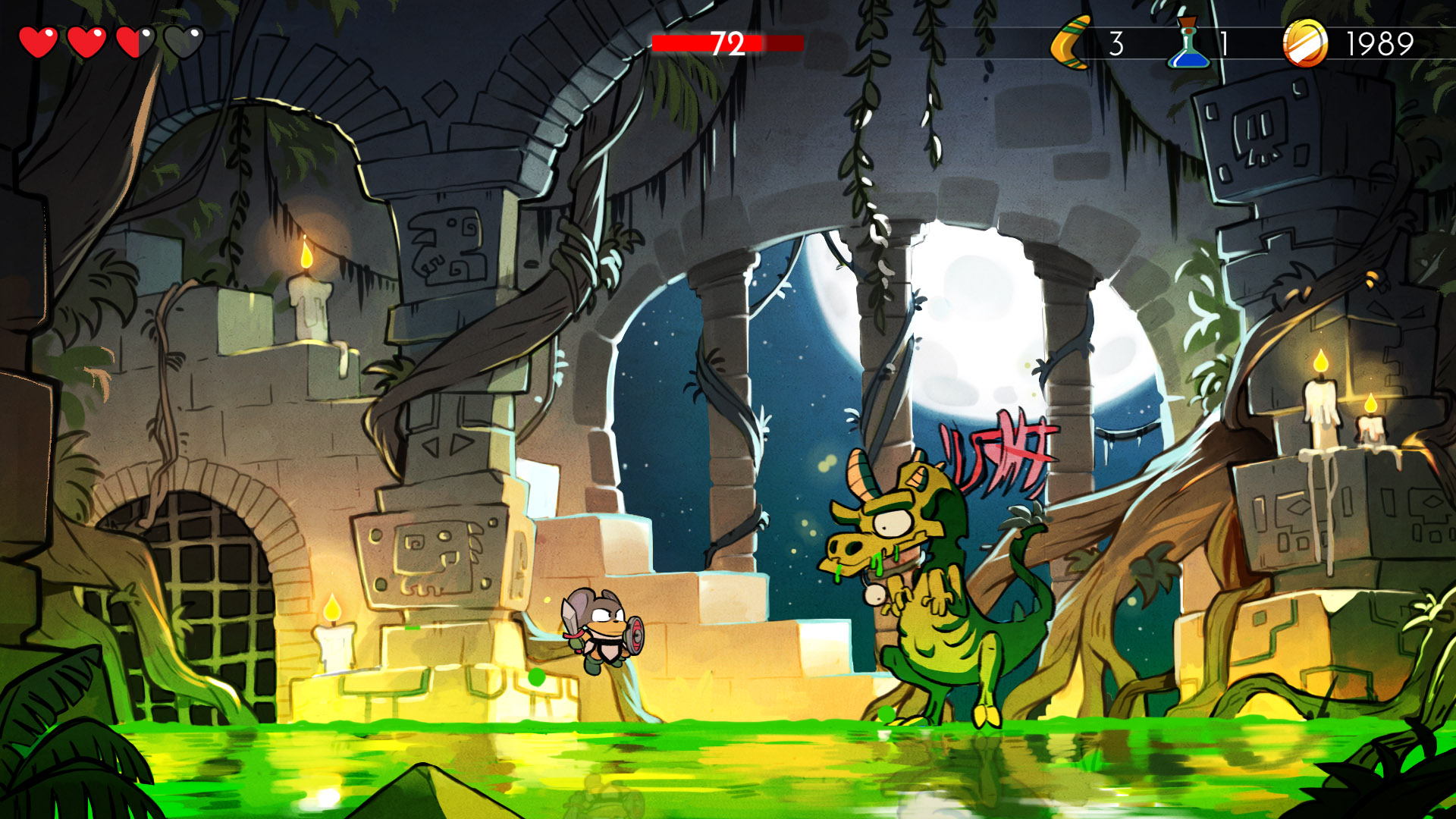 Wonder Boy: The Dragon’s Trap is a port of the well-received 1989 Wonder Boy III for the Sega Master System. Since its initial release, developers and fans have clamored for the game to come back as a reboot—and in 2017, they were finally successful. After nearly twenty years, the original game was brought over to all major consoles and PC. Still, Wonder Boy remains relatively obscure in the eyes of most gamers. But no longer.

Even after 2017, fans of the cult classic continued to push for more, hoping for a release to mobile platforms. Now for the first time, the game will be available in the palm of your hand, literally.

Last month, Wonder Boy released on iOS and Android for mobile players. All of the fun of the original can now be experienced anywhere, anytime—whether you’re waiting for the bus, on lunch break, or even sitting in the dentist’s office. So now there’s no excuse to give for not having experienced the classic.

The game is a Metroidvania-style platformer that follows the story of an adventurer—the player may choose to play as either the male character, Hu-Man, or the female character, Hu-Girl. According to their official website, our adventurer is transformed into a “half-human, half-lizard monstrosity” by a big baddie called the Meka-Dragon.

Throughout the game, you will have the ability to transform into six different creatures to aid in your quest: a lizard, mouse, lion, hawk, and a piranha. The rest of the story involves our hero roaming through Monster Land to reclaim their lost identity. To do this, the player must find the powerful Salamander Cross, which is a magical talisman capable of removing curses. But, every time the character defeats another dragon (the bosses of each individual land), the curse intensifies, transforming them into a different animal.

Developer Lizardcube and publishers Dotemu and Playdigious teamed up to bring the game to mobile gamers as a completely premium game; there will be no in-app purchases or advertisements, ensuring a full, immersive experience for veterans and new players alike.

The game will even be compatible with MFi (Made for iPhone) controllers or will be Bluetooth compatible for Android users. So gamers can play with the on-screen controls or get serious with an actual controller if they choose.

Fans of the 1989 release will be sure to find some new features too. The latest version has updated hand-drawn characters and backgrounds, musical scores, and other additions to surprise even the most hardcore fans of the series.

Wonder Boy also comes with three difficulty levels and the ability to switch between the classic 8-bit game and the new release. Players can even change back and forth even in the middle of gameplay. That means everyone can experience the original and the updated version at their convenience.

Despite all the extra goodies, both the spirit (and the content) of the original still survives intact. Wonder Boy is sure to please new and old fans alike.

Jul 10, 2022 Justin Geller 1530
There square measure some early fourth of July deals to assist you to begin D&D for fewer, and they will tide you over till the consequent season...

Jul 4, 2022 Tom Lee 2330
MMORPG.com: With the Dragon Hunt system, it senses like you're putting up players so they can easily fight the dragons attacking Faerûn. How do you...