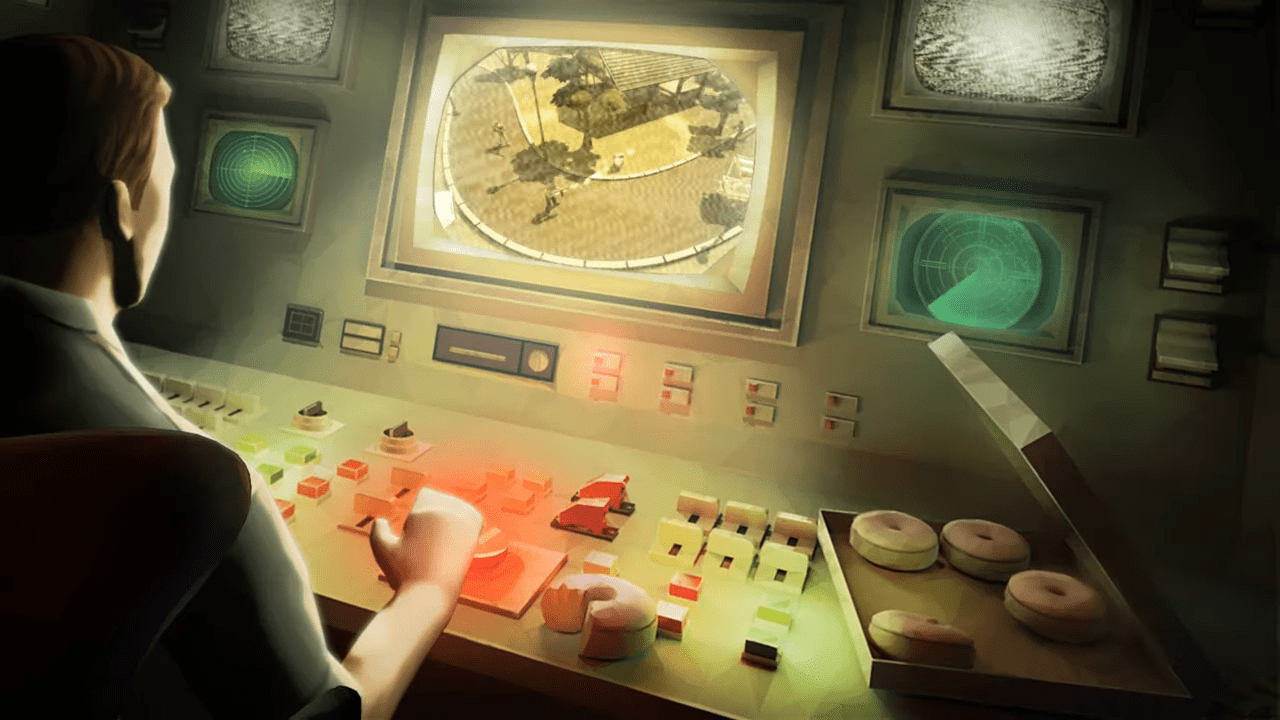 The battle royale genre has blown up over the past two years, thanks to massive successes like PlayerUnknown’s Battlegrounds and Fortnite. The game mode is so popular that even major blockbuster titles have started to implement it. Fallout 76, Red Dead Redemption 2, and Call of Duty have all found ways to change up the formula a bit, but the core of the battle royale genre is always the same; fight to survive, be the last player standing, or you’re out of the game.

Developer Blindwar and publisher Alawar Premium are looking to put their own unique spin on the battle royale genre with their new game Watchers. One of the biggest bummers is waiting around to join a match, only to get in and die immediately and find yourself navigating through several loading screens to get into another match. In Watchers, the development team has found a way to make sure everyone is fully invested in the game–even after death.

Watchers is played from a top-down perspective, set in a 1950’s suburban paradise. As with most battle royale games, players explore the map gathering weapons and equipment to help them survive and take down the other players, all the while outrunning a storm as the map gets smaller. The difference here is that once you die, you aren’t kicked out of the game. Players who have been eliminated go in Watcher Mode, where things get really interesting.

Watcher Mode is all about keeping an eye on the remaining contestants and finding ways to influence the game through “anomalies and experiments.” As a Watcher, you can drop vending machines out of the sky, rain down laser fire on the battlefield, or even cause one of the survivors to grow into a giant. The game also allows players to bet on which survivor they think is going to win the match, so even after death you can get some cool rewards. Because of the chaotic nature of the game, Watchers features a smaller player count at only 24 players.

It’s an interesting premise, and the ability to participate even after elimination is definitely a welcome addition to the genre. With a unique gameplay twist, perspective, and a cool aesthetic, Watchers is looking to be one of the more interesting entries in in the battle royale arena. If you’re looking to try out the game for yourself, you’re in luck: there is an open beta in progress until August 4. You can download the beta through the games official website.

Watchers is set for release sometime this year, and will be available on Steam.