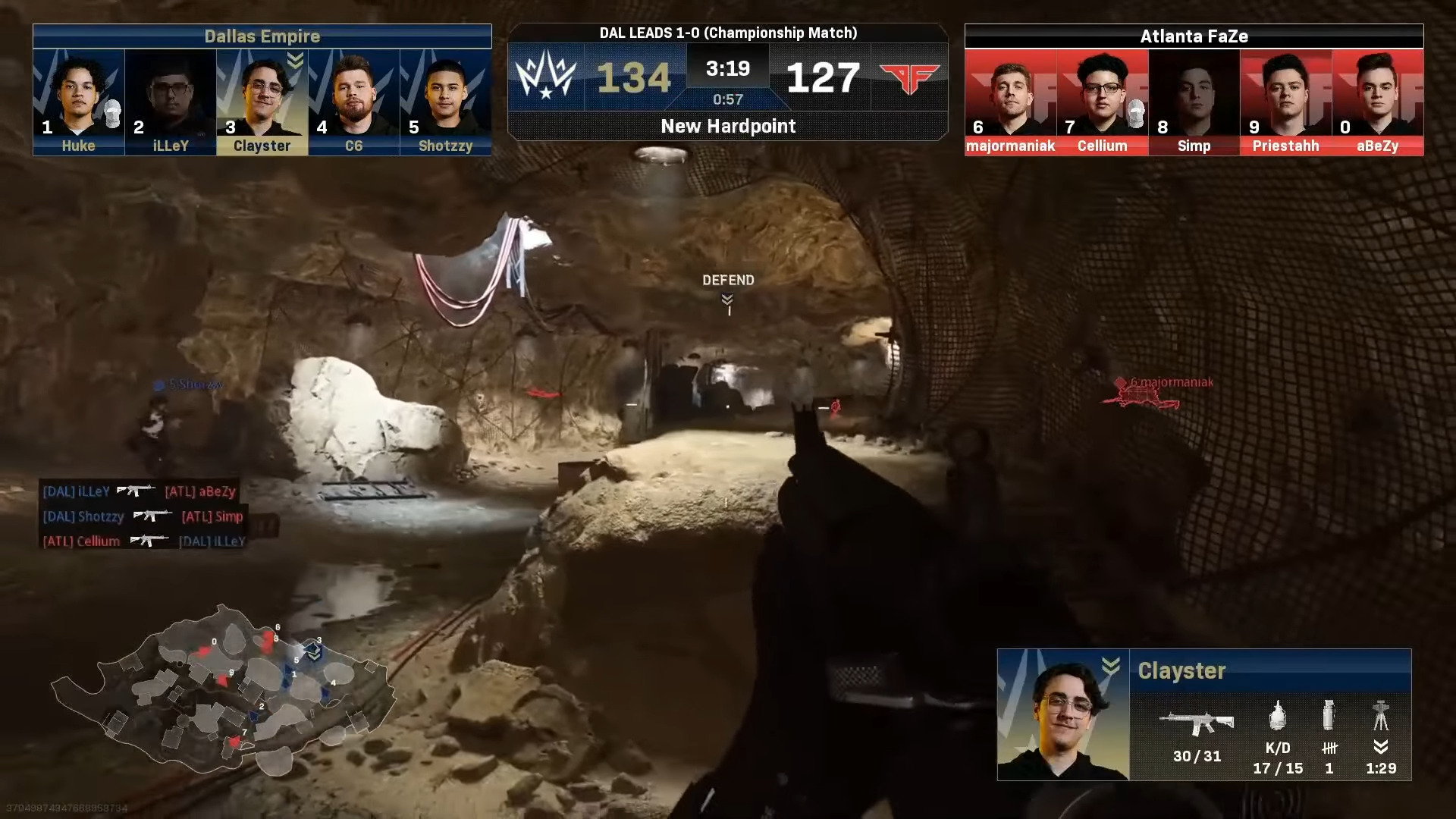 In a surprise announcement that will shape the next season of the Call of Duty League, the eSports organizers decided to change the number of players in the tournament. From a five-player team composition, the Season 2 of CDL is expected to be 4-versus-4 instead. Needless to say, teams and players will have to adjust and possibly rearrange strategies.

Before 2019, the Call of Duty eSports scene has always been played in a four-player team skirmish. The change to a five-player squad, though, was made last year. The revert is yet to be seen how huge of an effect this will cause to teams and franchises. This is also in line with the game’s newest edition, the CoD Black Ops Cold War.

The most apparent instance of effect is who gets to be benched. The inaugural champions, Dallas Empire, will have to sit one player off of their roster. Though all five players have earned their rightful starting spots, someone will have to be mature enough to sit some games or find another team come 2021. The same goes for all the other CDL franchises, of course.

Johanna Faries, the League’s commissioner, stated, “Today we shared that we will be transitioning to starting roster sizes of four players per team for Season 2, marking a kind of ‘return to our roots.” She also added this decision is in collaboration with the teams and players and was thoroughly thought out. Faries admits that the transition will cause implications to teams’ lineups, especially that rostermania is coming.

The commissioner expressed, too, that they will be announcing more plans for CDL’s 2021 season during its offseason. Future communications could include more changes or the addition of maps, game modes, eSports schedules, even formats, and more.

Dallas Empire’s Clayster expressed his concerns over this sudden transition. He tweeted, “well, it was a fun 18 hours, but now I get to stress about this all offseason woo hoo.”

Though the League is expected to expand its original 12 teams during the season 1, reports claim that CDL would not be adding any new franchises for 2021.

Moreover, CDL also announce it’s flexible yet complex changes to how franchises can operate. The adjustments include 14-day contracts to players, two-way contracts, and even free agency. The eSports organization will start its calendar year on September 14 for the next season. Hence, any pros not in a contract come the said date will be considered a free agent and can sign with any team of their choosing.

The first-person shooter’s next game, called Black Ops Cold War, will be released on November 13.

Did Ubisoft Just Spill The Beans On The PlayStation 5's Limited Backward Compatibility?