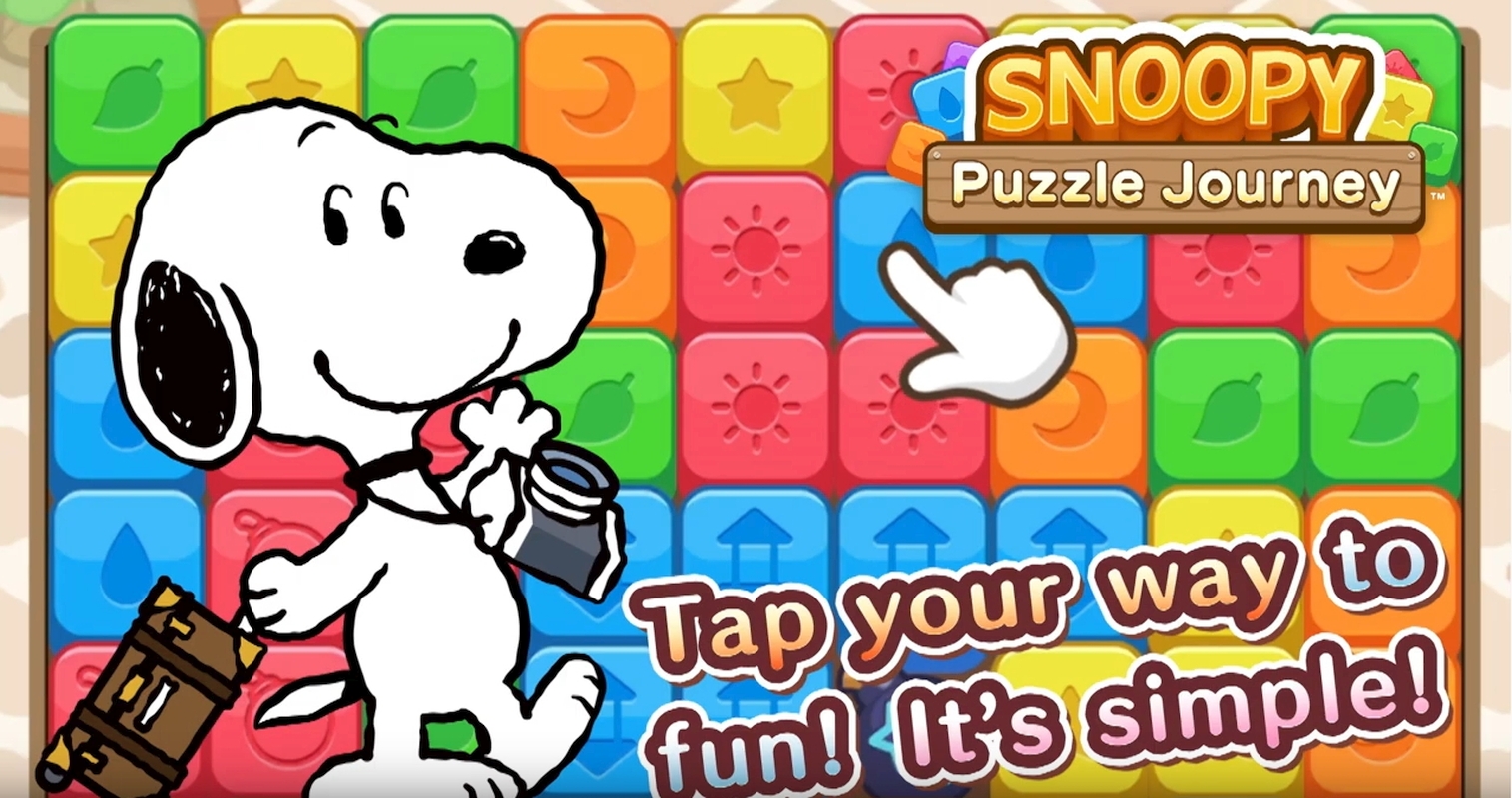 Capcom may be busy with the upcoming release of Resident Evil 3 remake in April, plus other popular titles, but they haven’t gotten about their mobile players. The developer and publisher recently announced a game featuring the popular Peanuts character Snoopy.

Snoopy Puzzle Journey is the next mobile game released by Capcom. The game will be released on multiple devices for all players to enjoy. The announcement of the game was followed by the unveiling of the official website, along with a pre-registration trailer featuring gameplay.

Snoopy Puzzle Journey is a puzzle game featuring Snoopy as he travels around the world. The game is marketed as a “simple” tap game where players touch puzzle pieces to make them disappear. Completing puzzles will lead SNoopy to new cities across the world. Depending on where Snoopy visits, he can wear the outfits of the city. Players can build up Snoopy’s wardrobe as they play through the game.

The official website also states that the simple gameplay is meant to be a “stress reliever.” Players having a difficult time with Capcom’s other games are sure to enjoy this simple mobile title.

The game also features a new story with Snoopy and the Peanuts gang. Playing the game will also unlock additional content.

Snoopy Puzzle Journey is free-to-play and for all ages, but does contain in-app purchases.

Those interested in the title can pre-register now on the Google Play Store or Apple App Store. The pre-registration trailer states that fans can also access the game through the Amazon Appstore, but the English website does not include Amazon.

The game will be a digital download of 160.1 MB. Players can pre-register now to receive a notification when the game launches.

There’s an added bonus for fans of the series. Until March 9, fans can download a free mobile wallpaper in 1125×2436 or 2160×1920. The official website also states that “a luxurious giveaway promotion will be scheduled after the app is released.”

While North America doesn’t yet have any pre-registration bonuses, there are several ongoing in Japan. They include additional wallpapers, hitting pre-registration goals, and retweeting on social media to win ice cream.

Snoopy Puzzle Journey is scheduled to be released on iOS and Android devices on March 3, 2020, according to the App Store.