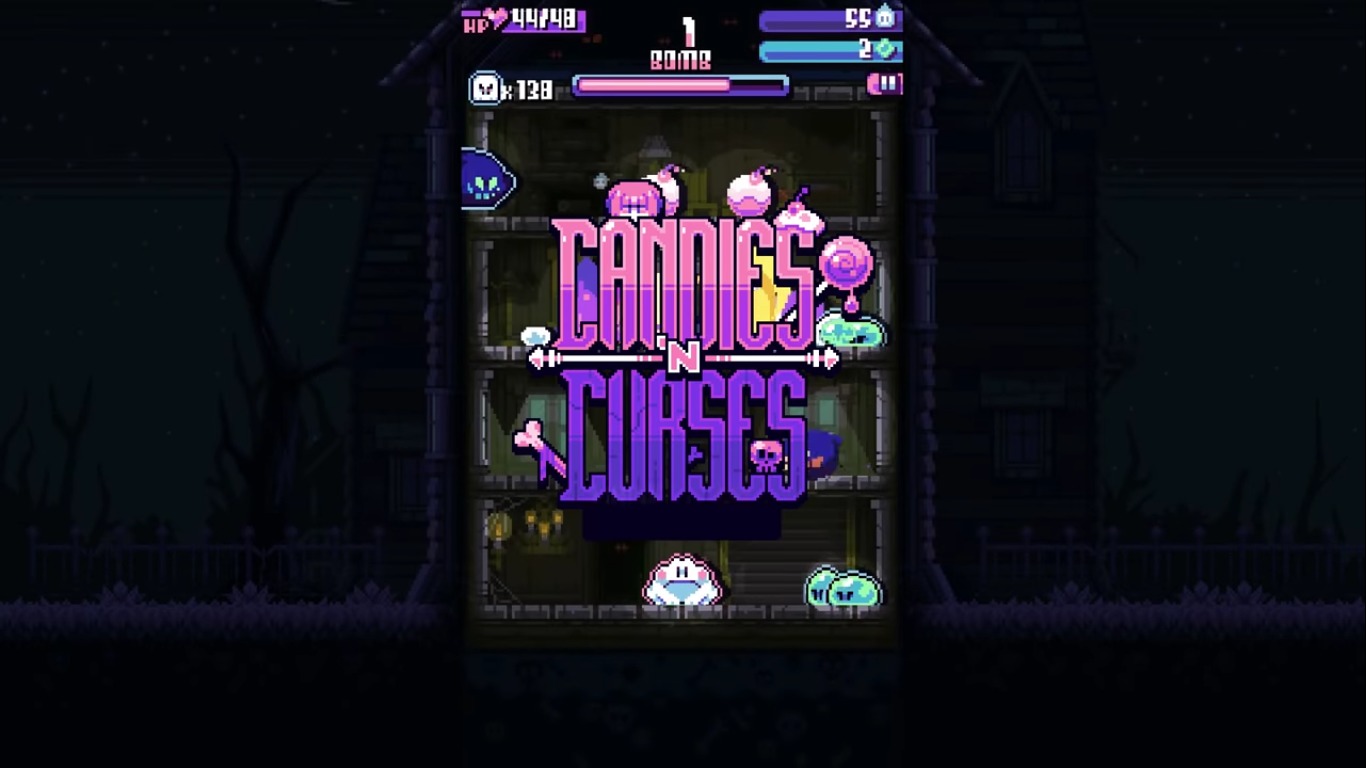 After over one million downloads across both iOS and Android devices, the free-to-play ghost hunting game Candies ‘n Curses is getting an update. A series of new looks ar being released for ghost hunter Molli including a new witch costume with several color options. Costumes and palette swaps can all be purchased individually or in a bundle deal.

This adds more cosmetic options to this popular title as players get a level of customization to their ghost hunter. Enjoy a new content update that will bring fans more of scary, spooky, cute things that they love.

For those unfamiliar with the title, players play as Molli Pop and are tasked with fending off a horde of ghosts in a twisted mansion. Defeat the minions of the Phantom King and power up Molli with tons of new flashlights and abilities as you progress through the levels.

Players will vaporize ghosts with a wide array of flashlights that will give players different ways to play the game. Whether its a cursed lantern or a magical beam sword players must choose a weapon that fits them best.

If a stage is too difficult all a player needs to do is add a Charm to their flashlight. This will enhance Molli with tons of different abilities and power-ups. Some of these charms will even bring companions on the adventure with her as she goes on a ghost-stomping adventure through the manor.

Loot is distributed at the end of every stage through a set of candies and curses. These provide a permanent power bonus and will help players last longer on their next run.

There are six different regions of the Phantom King’s mansion. Each of these regions comes with themed ghosts and ghouls and a powerful boss ready to take your candy and send you home.

Enjoy natural controls as Molli runs in one direction attacking ghouls. Swipe left or right to change the direction, or move up and down to jump between floors.

Enjoy beautiful pixel art with tons of fluid animations that give this game a ghostly cuteness that fans enjoy. Prepare for unlocking additional rewards in Daily challenges as players take on varying rewards.

Interested fans can find Candies ‘n Curses on the iOS and Android stores. Tako Boy Studios will continue to add new content to the evolving game giving players a taste of true adventure in a mobile title.