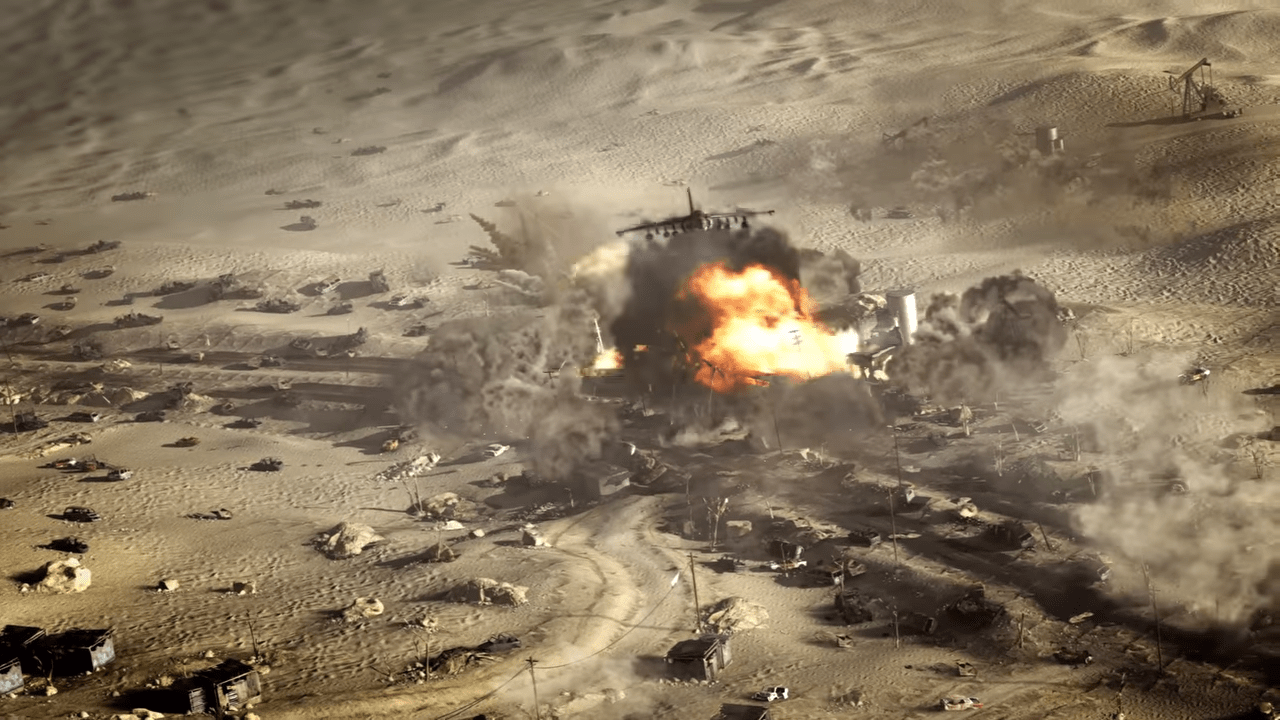 Call of Duty Modern Warfare 2019’s campaign is one of the finest in years. Its return to gritty realism and intense close-quarters gunplay, however, does not detract from one key fact about the series: as one of the most popular and most-played modern combat games on the market, there is always going to be a bad guy.

Yesterday night a Tweet popped up from user Chowderhead that highlighted Modern Warfare’s perhaps less-than-fair representation of Russian actions in the Middle East.

So, uh, it turns out that the new Modern Warfare game just sorta lies about a US war crime and makes it a Russian one because it needs the US forces to be seen as the good guys.

So that's… I don't really have words for how to feel right now. Disgusted, probably. pic.twitter.com/8wGRIuYkKk

The so-called ‘Highway of Death’, which involved the Americans bombing a number of fleeing civilians in Iraq back in 1991, has been attributed to the Russians in the Modern Warfare campaign. Chowderhead’s Tweet has so far attracted over 10,000 retweets and 25,000 likes.

As expected, the comments are divisive. Some claim that the Activision’s writers, while in an attempt to create a realistic military game, shouldn’t include war crime denial as part of the package. Others, of course, state the obvious: it’s just a video game.

Fans of the franchise might remember the last time the Russians made such a hit in a Modern Warfare game. The now-iconic and controversial ‘No Russian’ mission in Modern Warfare 2 involved a sect of Russian terrorists committing a mass shooting in an airport before killing hundreds of thousands in the States. The airport mission was completely removed from the Russian version of the game.

This time around the Russians are implicated in a number of war crimes in the fictional middle-eastern country of Urzikstan, including a chemical attack on civilians and as the main driving force behind a 20-year-long civil war that has torn the country in half.

Although the game does not actually take place in Syria, much of the imagery, events in the campaign and general storyline do suggest the writers had this part of modern history in mind while developing the campaign.

Other news from around the Internet has players and non-players alike discussing the merits of modern politics inside what is essentially a commercial cash-cow for a studio like Activision. It’s not often that America is portrayed as the bad guys – although Far Cry 5 did give it a shot – and many are wondering when there’ll be another group to fight.

In the meantime, another controversy in a Call of Duty title likely hints that the campaign is back to its Blockbuster quality. Despite the slight review bomb from irritated Russians on Meta Critic, this year’s addition to the franchise is looking like the best for a long time.

Aug 17, 2022 Michael Gunn 220
Activision is under fire for allegedly doing it again with a skin that strikingly resembles a "Modified version" in Midnight Society's forthcoming...

Aug 9, 2022 Tom Lee 470
The platform hierarchy has a gloomy future, according to Activision Blizzard's quarterly financial report, which was revealed last week. Due to...

Aug 9, 2022 Michael Gunn 410
In addition to information about Call of Duty: Warzone 2, Modern Warfare 2, and Warzone on mobile, Activision Blizzard has revealed Call of Duty:...