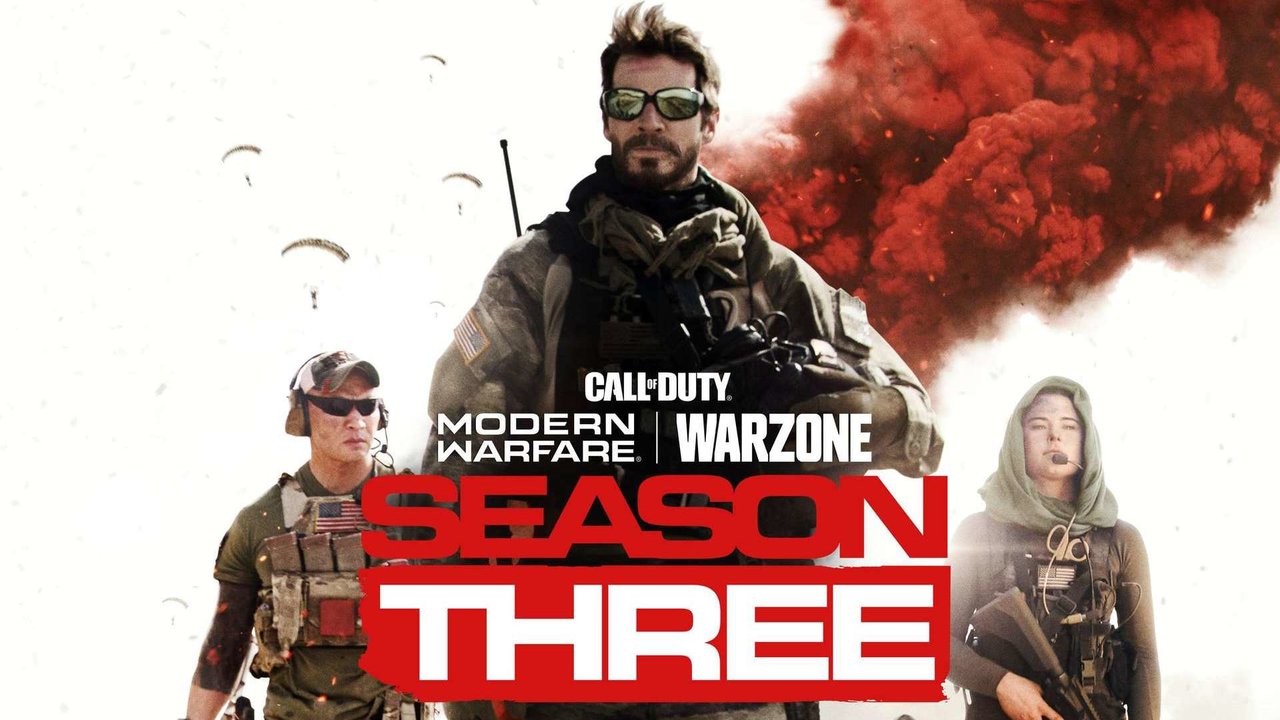 Season 3 for Call of Duty: Modern Warfare is almost upon us, as the release date for MW’s newest season has been officially revealed by Activision.

The next season for Call of Duty: Modern Warfare (and Warzone) will begin on April 8, and according to a recent data-mine, COD’s new season will add new maps, weapons, operators, and playlists for both the base game and Warzone, all of which are detailed below.

So, thankfully, it looks like Call of Duty: Warzone is going to have more modes added, as the free to play application is lacking some variety. Of course, all of the aforementioned incoming modes are Battle Royales, but having different variants should help keep players interested.

Both quads and duos have been requested by players since the game launched last month, as it originally launched with players only being able to jump into matches in teams of three, regardless of whether or not they were playing with friends. Naturally, this led to some players in the community expressing their frustration, as most solo players didn’t want to be forced to team up with two randoms.

As of right now, it doesn’t look like Warzone is going to get any new maps or locations, so players will have to continue doing battle in Verdansk.

These updates will go live on April 8, which is this coming Wednesday. As of right now, the file size for the upcoming updates hasn’t been revealed, but given all that’s being added, it’ll likely be a sizeable update.