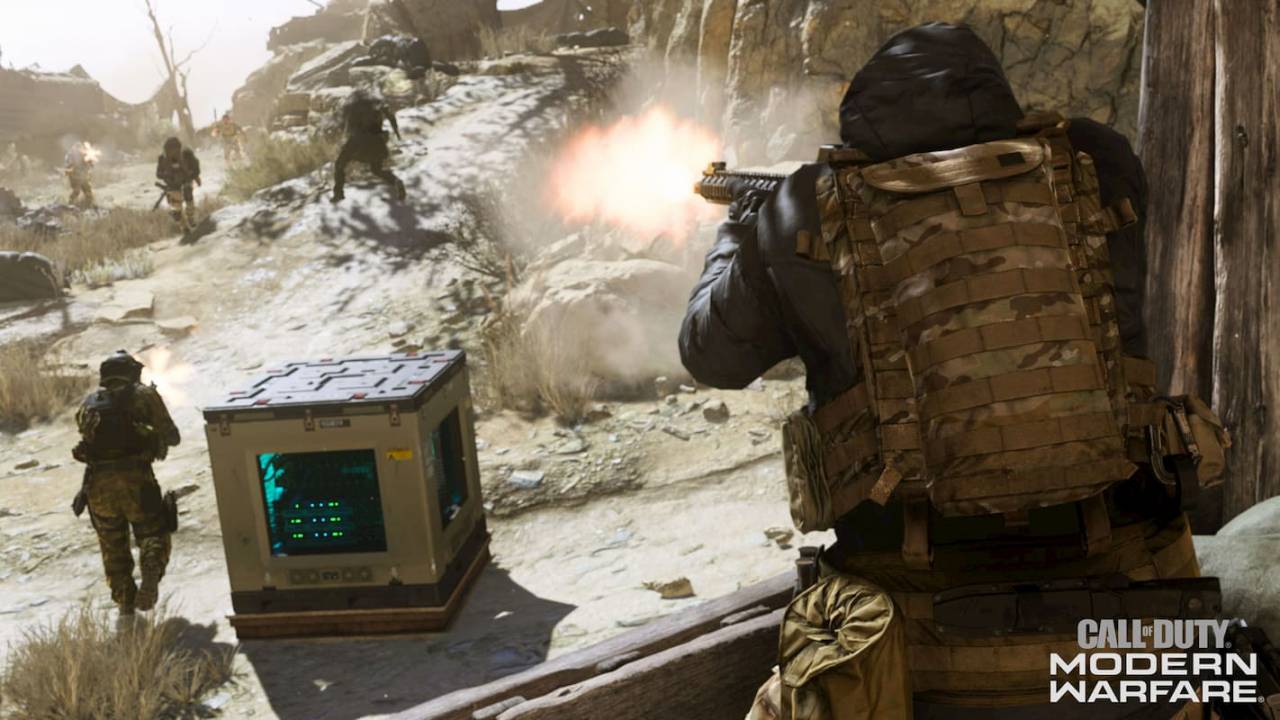 Since before its release last year, Call of Duty: Modern Warfare has been the subject of many leaks, not the least of which suggests that a 200 player Battle Royale mode will be added to the game soon. But, even though the leaks and rumors have been out there since before last October, Infinity Ward hasn’t confirmed or denied them.

The latest leak comes via TheGamingRevolution, who is a pretty reliable source when it comes to Call of Duty-related leaks. According to TGR, Modern Warfare’s BR mode was originally supposed to be added to the game at the end of this month, but in a recent Twitter post, the COD leaker claimed that the release date had been pushed back, as developer Infinity Ward feels like they need more time to iron things out. Additionally, the notable leaker says that the mode could be added at the beginning of season two, which will start next month.

Over on his YouTube channel, TheGamingRevolution shared what he claims to be the loading screen for the long-rumored Battle Royale mode, which you can take a look at below.

Infinity Ward has been keeping their fans updated with what they’re working on via their community blog, but none of the updates have mentioned or teased a Battle Royale mode. Of course, this doesn’t mean that one isn’t coming soon, as the developers probably don’t want to spoil what might be a huge announcement ahead of time.

In a previous leak, TheGamingRevolution claimed that Modern Warfare’s Battle Royale mode will be capable of hosting up to 200 players, making it the largest BR mode out there.

Another rumor surrounding Modern Warfare’s potential Battle Royale mode is that it will be free to play, and that, like the core game, it’ll support crossplay.

Recently, Infinity Ward announced that season one, which was originally supposed to end this month, has been extended until February 11, but they didn’t give a specific reason why. If the Battle Royale rumors are true, then the reason for the extension could be because they need more time to polish it, which lines up with TheGamingRevolution’s latest information leak.

Oct 27, 2022 Tom Lee 1630
Xbox boss Phil Spencer has stated that the Call of Duty series will continue to be available on PlayStation systems, and there is even talk of...