Bossa Studios loves developing creative simulation games. The developer is the creator behind Surgeon Simulator, which puts players into the gloves of Nigel Burke. Their next simulation game, I am Bread, was even more unusual, where players try to transform a piece of bread into a toast.

Bossa Studios is seeking fan input on which new title to release. Starting on Wednesday, October 30, they are launching prototypes of three animal-themed games.

Pigeon Simulator was previously announced in Summer 2019. This simulation game features a pigeon on its daily adventures. Unfortunately, life isn’t so simple because various enemies don’t want pigeons on their streets. The game can be enjoyed either solo or co-op.

Trash Bandits is a local co-op game featuring foxes. Gamers must race against the clock to collect as much garbage as possible to be crowned the winner.

I Am Fish allows players to be a goldfish. The goldfish has been taken captive (or has a new owner). Wishing for nothing but freedom, players must help the innocent goldfish navigate through various hazards to reach the ocean.

All three games were featured in a short YouTube video. For gamers interested in learning more about these unusual simulation games, Bossa Studios is hosting a livestream on Wednesday, October 30, on Bossa Studio’s Twitch channel.

Not only will gamers get to see more footage, but there will also be interviews with the developer.

All three games will be available to play free after Live Relay Race stream on Twitch at 15:00 (GMT) on Wednesday, October 30. The race will feature a fox, pigeon, and fish who are all stars of the three prototype games.

The three simulation games will be available to download and play on the Bossa Presents website from October 30 until November 28. This time gives gamers almost one month to test drive the prototype games.

While they are free prototype games, the developer encourages gamers to give as much feedback as possible.

All received feedback will be used to decide which game will be turned into a full game. The release date of the finished product will likely not be revealed until after the winner is announced.

Gamers can sign up for the “Club Bossa” newsletter to hear the latest news about Bossa Studios’ upcoming game prototypes. 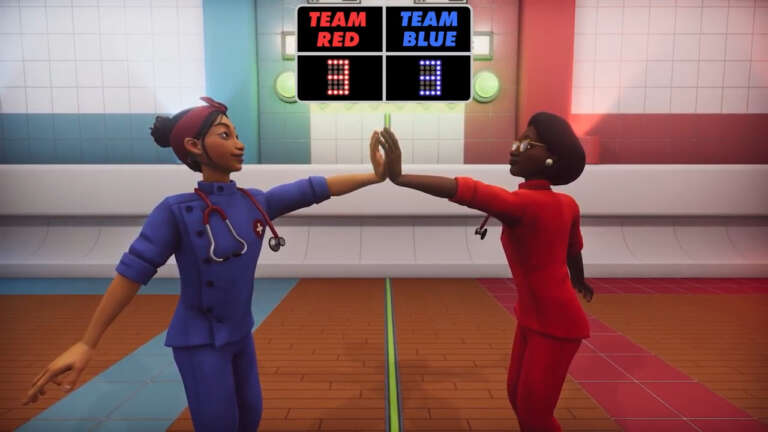 Oct 22, 2020 Dylan Duarte 4530
For some people, competition brings out the absolute best in them. If used properly, pitting someone against someone else can achieve fantastic...

Oct 5, 2020 Jeremy Green 6250
There are so many that dedicate their lives to helping those in need medically. From nurses to doctors, those that work in the medical industry...

Jul 16, 2020 Jeremy Green 7000
Life as a surgeon can be pretty intense. They have to work calmly under pressure, perform life-saving surgeries on a daily basis, and use highly...