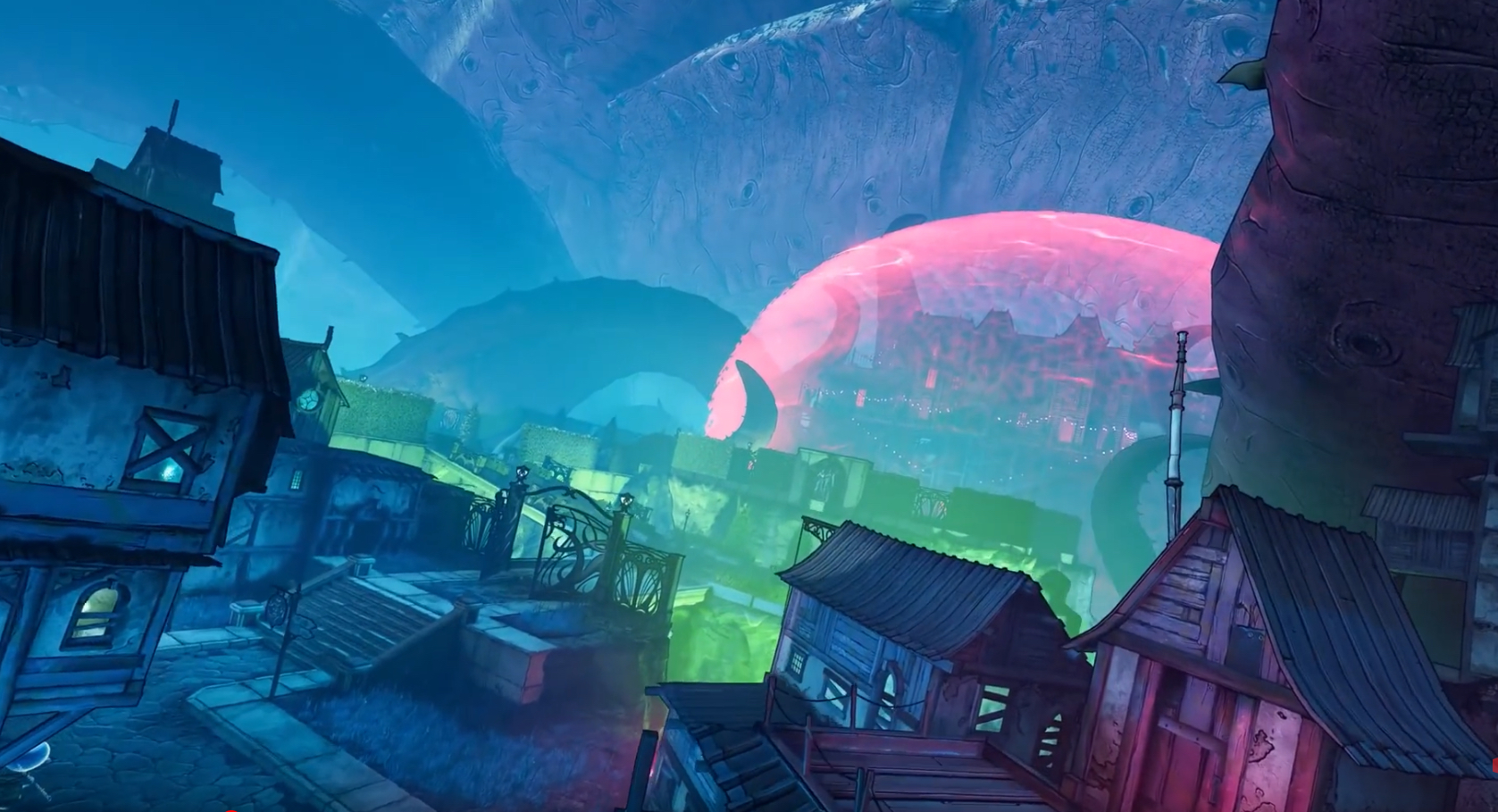 Borderlands 3 from Gearbox Software has been a huge hit right out of the gate. It improves upon the previous installments in every major way, from the now more open environments to the amazing looting and shooting. It really can be considered one of the best Borderlands games to date, and it seems like the good news keeps coming for the title.

We just saw the introduction of the game’s second DLC expansion, titled Guns, Love, And Tentacles. It was announced at PAX East by Randy Pitchford and Gearbox, and needless to say, it took many in attendance by surprise. The game hasn’t even been out that long and already, it’s receiving another expansion. So what exactly is this DLC and what can fans expect when it releases on March 26? Thanks to an official trailer reveal, we don’t have to guess. Let’s take a look.

There are a lot of things to break down in the short trailer, but let’s start with the Lovecraftian themes. It seems Gearbox was inspired to include their own take on this popular sub-genre of horror fiction. We see mystical blue areas scattered throughout the new areas, as well as large tentacles. Are they coming from the fictional cosmic entity commonly referred to as Cthulhu? That’s apparently what you’ll get to find out.

The expansion’s main premise revolves around the marriage of Sir Hammerlock and Wainwright Jakobs. Just as they’re about to tie the knot around a town called Cursehaven, mythical creatures appear and ruin the party. You’ll team up with Hammerlock and Jakobs to keep their ceremony alive and well. Overall, it seems like a pretty interesting story — especially considering there of Lovecraftian elements everywhere. Borderlands games already have interesting visuals, but this upcoming expansion enhances them even more.

In addition to this amazing story and visual elements, there will be new weapons, bosses, and class mods. At this recent PAX East event, it was also announced that Borderlands 3 is coming to Steam after being an Epic Games Store exclusive since launching. That’s great news if you’re a PC gamer and prefer to use the Steam platform.

It’s clear that the developer still has a lot of plans for Borderlands 3. Even though they came out of the gate hot with unique environments and great gameplay, they still want to provide content that keeps players coming back to the title for more and more. That’s great to see.

Oct 14, 2020 Jeremy Green 5170
An amazing looter shooter that is still thriving right now is Borderlands 3. It's an amazing sequel to Borderlands 2, from how the worlds are...